The newest TIME magazine cover features United Nations chief António Guterres standing in water off the island nation of Tuvalu, which the outlet called “one of the world’s most vulnerable countries” to global warming.

The photo, taken during Guterres’ four-country tour of Pacific nations in May, is meant to illustrate one point — that island nations are sinking in the face of global warming-induced sea-level rise.

TIME’s new cover: The leaders of these sinking countries are fighting to stop climate change. Here’s what the rest of the world can learn https://t.co/lLHeaREycm pic.twitter.com/NBEzO3WLSV

A 2018 study found that Tuvalu’s total land area grew nearly 3 percent from 1971 to 2014, despite rising sea levels. Satellite and aerial photos showed eight of Tuvalu’s nine atolls and three-quarters of its reef islands increased in size over the last four decades.

Study lead author Paul Kench told AFP, “the dominant mode of change over that time on Tuvalu has been expansion, not erosion.” Kench made similar findings in a 2010 study. (RELATED: ‘Climate Change’ Isn’t Alarming Enough For The Liberal Media. Here’s What They Now Call It)

“On the basis of this research we project a markedly different trajectory for Tuvalu’s islands over the next century than is commonly envisaged,” Kench said. “While we recognise that habitability rests on a number of factors, loss of land is unlikely to be a factor in forcing depopulation of Tuvalu.”

Another 2018 study found that nearly 90 percent of low-lying islands in the Pacific and Indian oceans either remained stable or increased in size over the decades.

Virginie K. E. Duvat of the University of La Rochelle compiled past work by Kench and other researchers studying islands and sea level rise. Based on that data, Duvat found measurements showed the overall land area of Tuvalu’s islands was stable.

This “indicates that they may not be affected yet by the presumably negative, that is, erosive, impact of sea-level rise,” Duvat wrote. 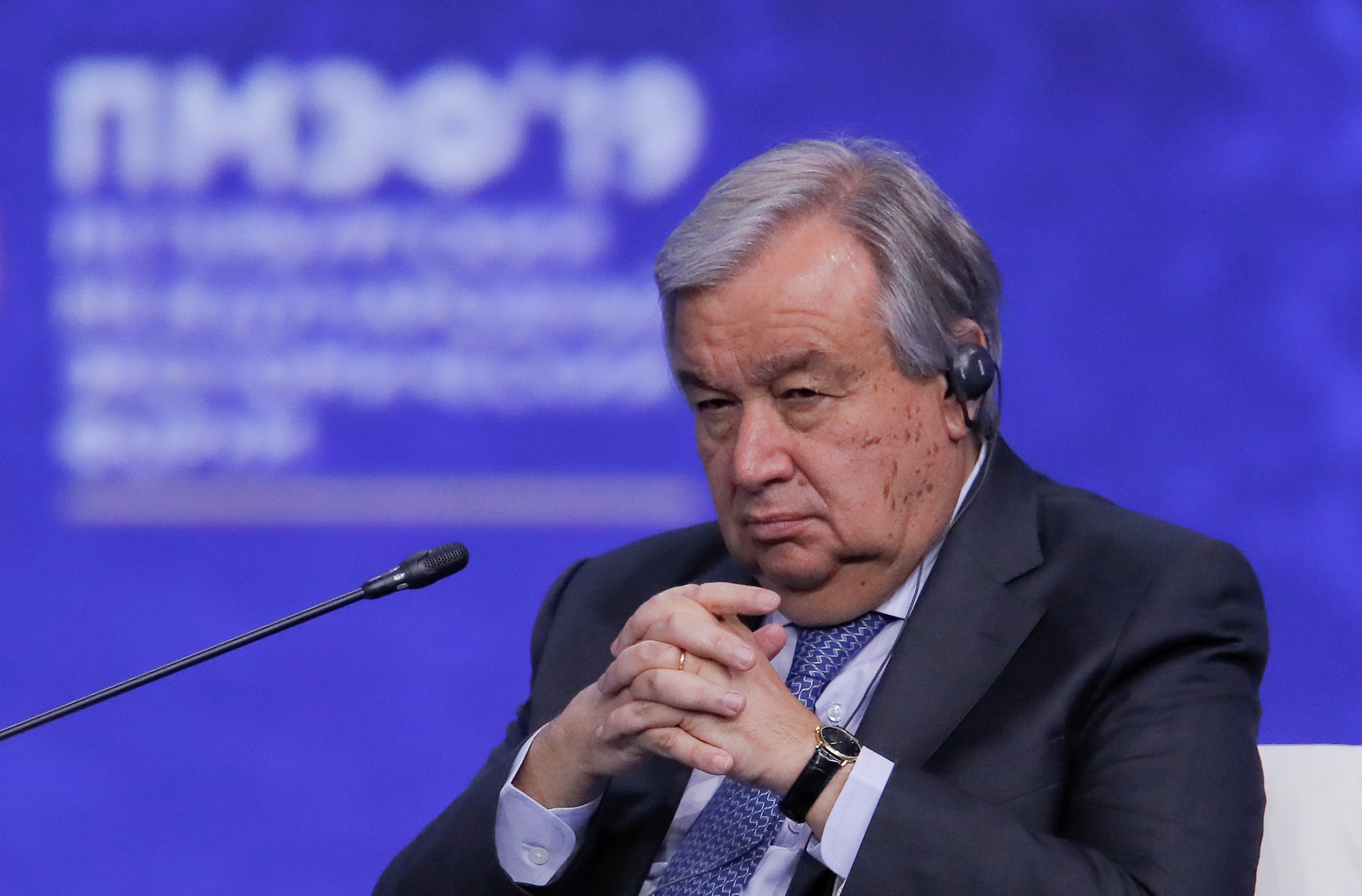 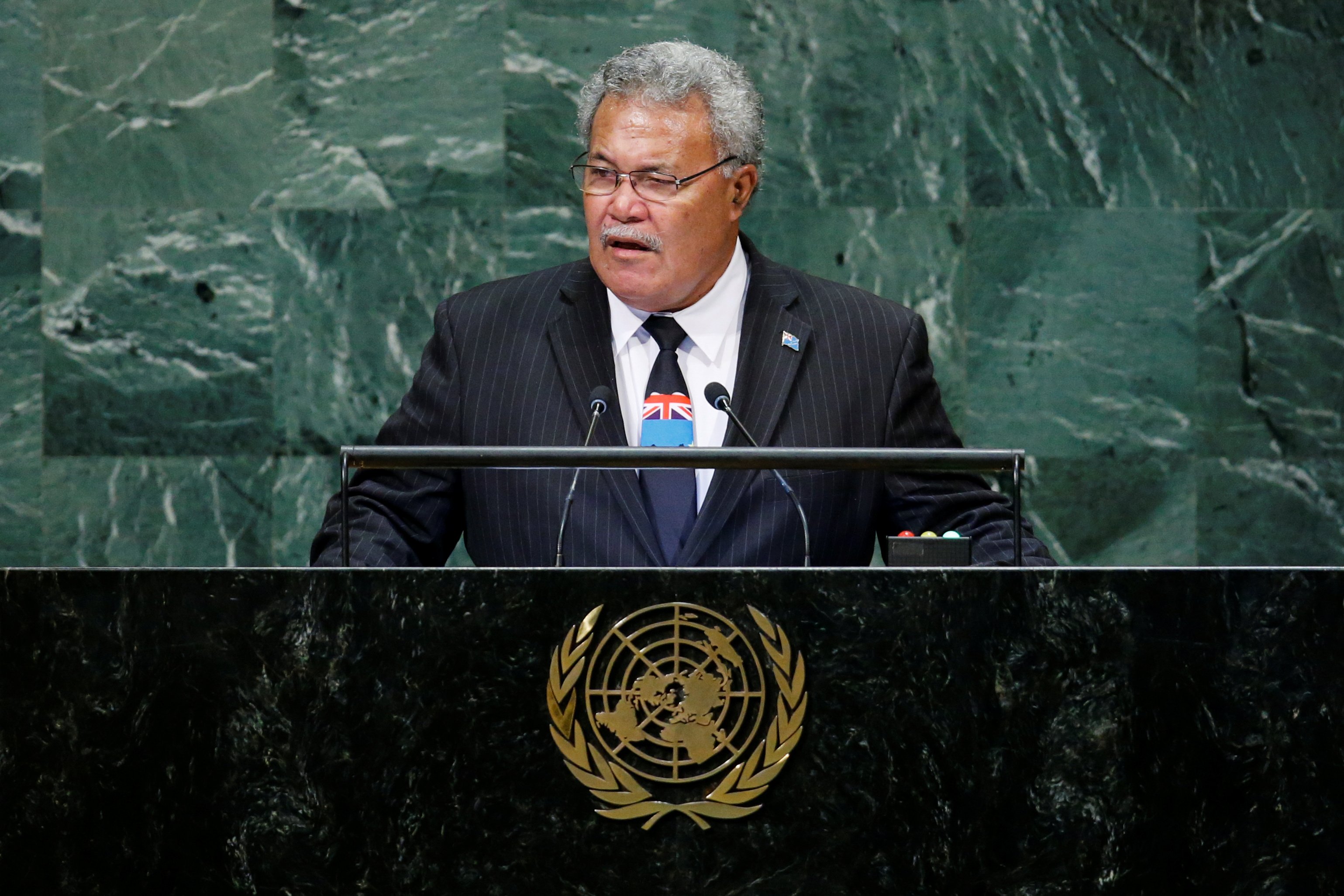 Much of TIME’s cover story focuses on the now abandoned village of Vunidogoloa, which was abandoned five years ago. Fijian officials say the village and its inhabitants were relocated to a higher elevation in the face of climate change.

Fiji plans to relocate another 40 villages because of sea level rise, TIME reported. The outlet went on to claim other island nations were also in danger, adding that sea-level rise was “threatening to wipe them off the map entirely.”

Pacific island nations met with Guterres in May to “push to make developed countries commit to aggressive new targets for reducing their emissions at a global climate summit” scheduled to take place this fall.

UN officials used Pacific islanders to make the moral case for fighting global warming during climate talks in 2015. When those talks concluded, nearly 200 countries agreed to the Paris climate accord. 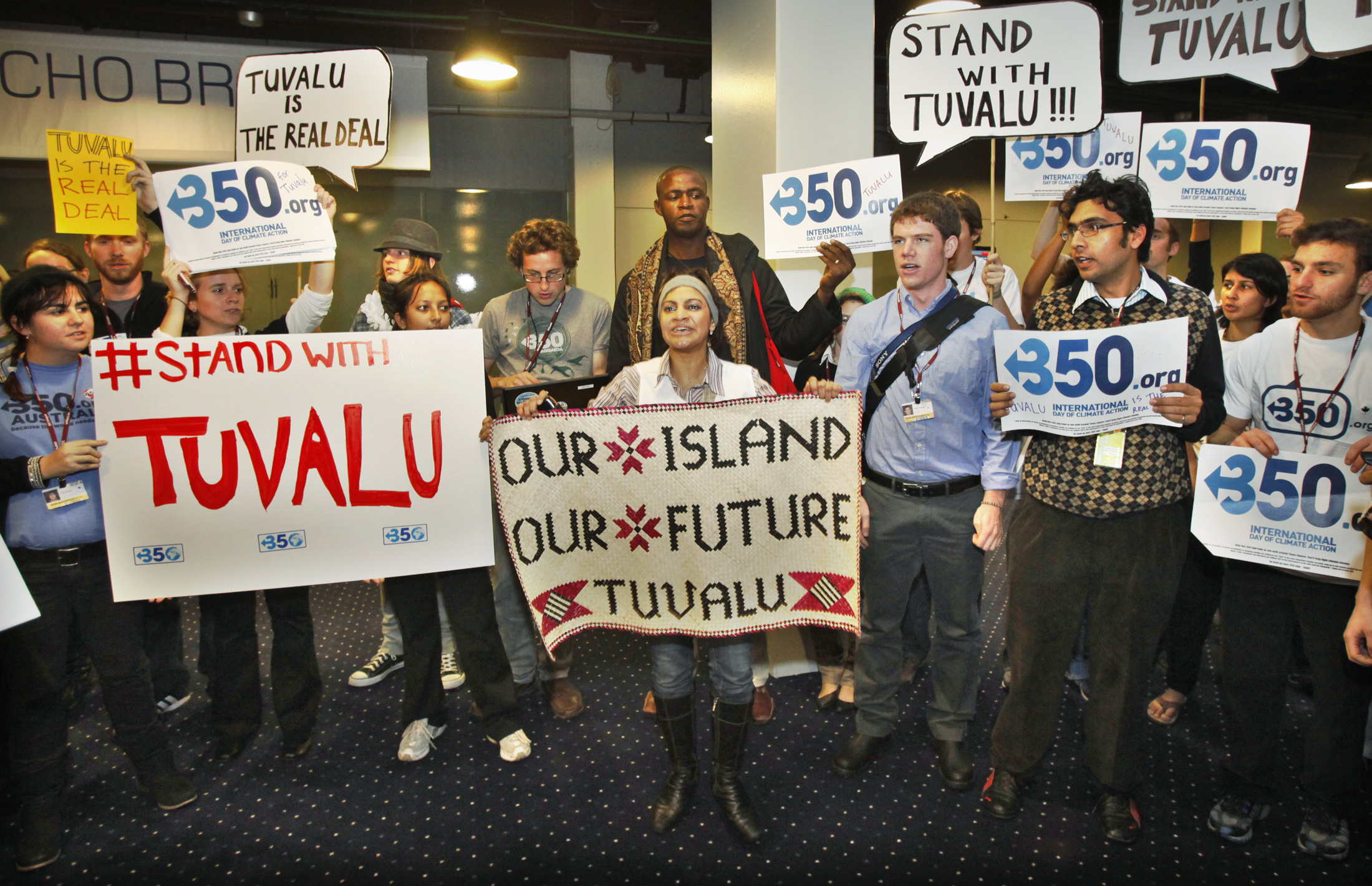 Activists hold a demonstration in support of the South Sea island of Tuvalu as delegates arrive for a meeting at the UN Climate Change Conference 2009 in Copenhagen December 9, 2009. REUTERS/Bob Strong.

UN officials, including Guterres, have warned that many Pacific islanders could become “climate refugees” if no action is taken to curb global warming, though past UN predictions of waves of climate refugees have not come true.

But so far, studies on island nations shows they are more resilient to sea-level rise than previously believed.

“We tend to think of Pacific atolls as static landforms that will simply be inundated as sea levels rise, but there is growing evidence these islands are geologically dynamic and are constantly changing,” researcher Kench said in 2018.