The Trump administration announced the finalization of a rule it says will ease the burden of employee health coverage for small businesses Thursday.

The Departments of Health and Human Services, Labor and the Treasury jointly issued a policy expanding health reimbursement arrangements (HRAs) that will help an estimated 800,000 Americans without insurance, according to HHS.

Employers put money in employees’ HRAs to cover qualified medical expenses, and employees don’t have to pay taxes on the money in the associated accounts. (RELATED: AARP And Drugmaker Lobby Battle It Out Over Trump Administration Rule Aimed At Helping Seniors) 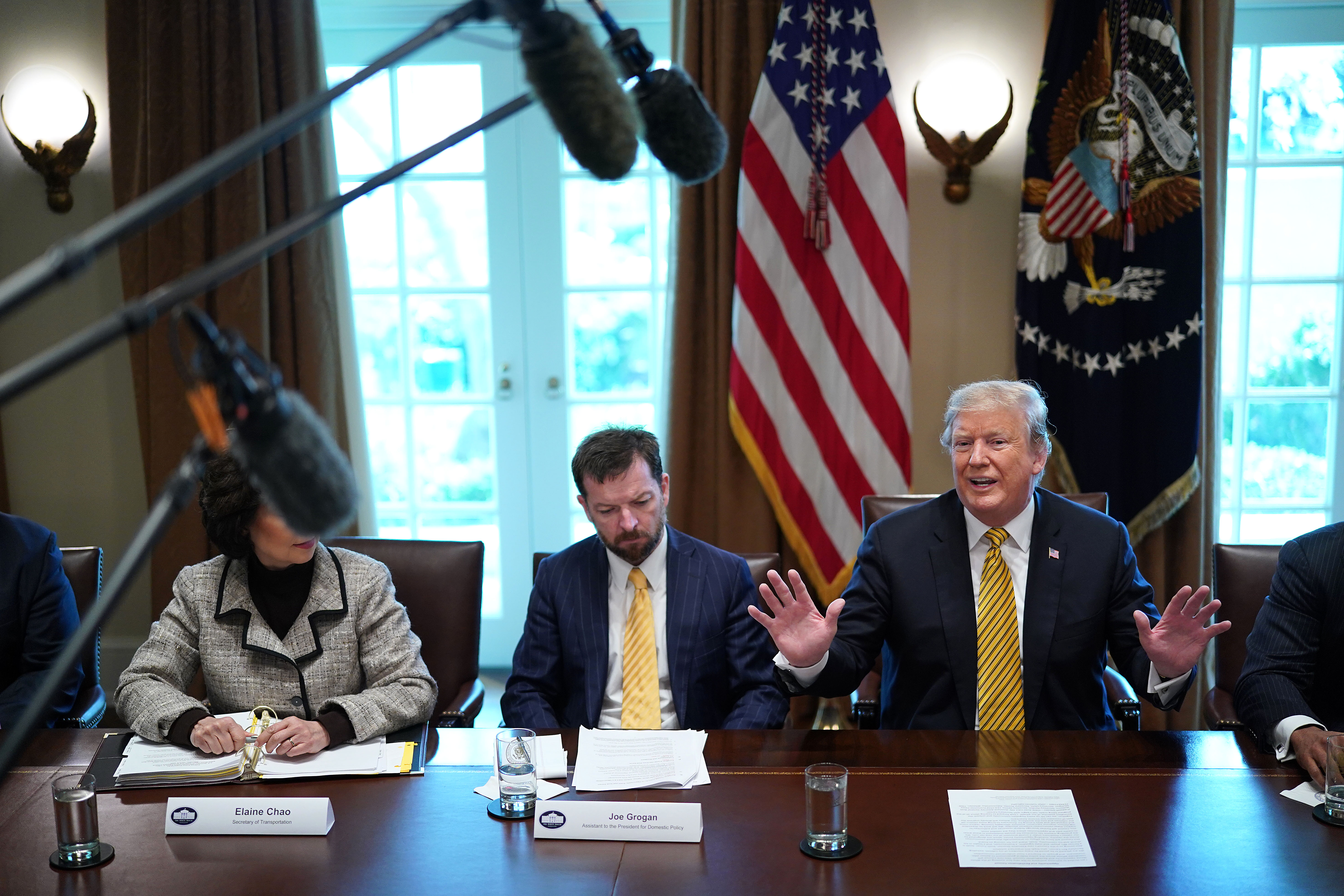 U.S. President Donald Trump (R) makes remarks during the inaugural meeting of the White House Opportunity and Revitalization Council with Transportation Secretary Elaine Chao (L) and Assistant to the President for Domestic Policy Joe Grogan in the Cabinet Room at the White House April 04, 2019 in Washington, DC. (Photo by Chip Somodevilla/Getty Images)

Employers and insurers are fans of the policy, which stems from a 2017 executive order President Donald Trump issued in the aftermath of the GOP’s failure to repeal and replace the Affordable Care Act (ACA).

“Health Reimbursement Arrangements are a critically important tool for small businesses and the self-employed to obtain access to affordable health care coverage,” Katie Vlietstra of the National Association for the Self-Employed said in a statement. “Since many self-employed and micro-businesses obtain health care in the individual market, HRAs can oftentimes make the difference in an entrepreneur’s ability to purchase health insurance coverage.”

Vlietstra said she was invited to the HRA announcement ceremony at the White House Rose Garden scheduled for Friday afternoon.

WaPo called Thursday’s policy ironic, saying the Trump administration is trying to unravel the ACA by allowing more people to buy ACA plans. The policy could benefit more than 11 million employees and their family members when the rule is fully in place, HHS said. It is set to take effect in January 2020.

The policy lets employers choose to give employees tax-free money that they can use to buy health coverage instead of providing it to workers directly. The Trump administration lifted restrictions the Obama administration had placed on HRAs, reported WaPo.

“Not only does this new HRA rule encourage more people to enroll in junk insurance plans that don’t offer protections for pre-existing conditions, but it would be completely nullified by Trump’s Texas lawsuit to destroy our health care system,” Brad Woodhouse of Protect Our Care said in a statement Friday.

Pro-free-enterprise group FreedomWorks supported the finalization of the rule.

“This HRA rule will be a major boost for small- and mid-sized businesses across the United States and provide more flexibility for employers and workers. Importantly, it provides a means for employees to take ownership in their health insurance plans, making health insurers more responsive to their needs, rather than a third-party payer like an employer,” Jason Pye, FreedomWorks vice president of legislative affairs, said in a statement.