A magician was found dead in a river in India after attempting to recreate a “Houdini” trick which involved escaping from shackles while in the water.

“Wizard Mandrake,” born Chanchal Lahiri, was lowered into a river in Kolkata while tied up Sunday, Fox News reported. Lahiri said it would be “magic” if he was successful and “tragic” if the trick did not go as planned.

This was not Lahiri’s first time conducting the trick. He successfully pulled off the stunt more than two decades ago, Fox reported.

A well-known magician in India, PC Sorcar Jr., said Lahiri’s stunt was “foolish” and the magician did not use the correct materials, NDTV reported. 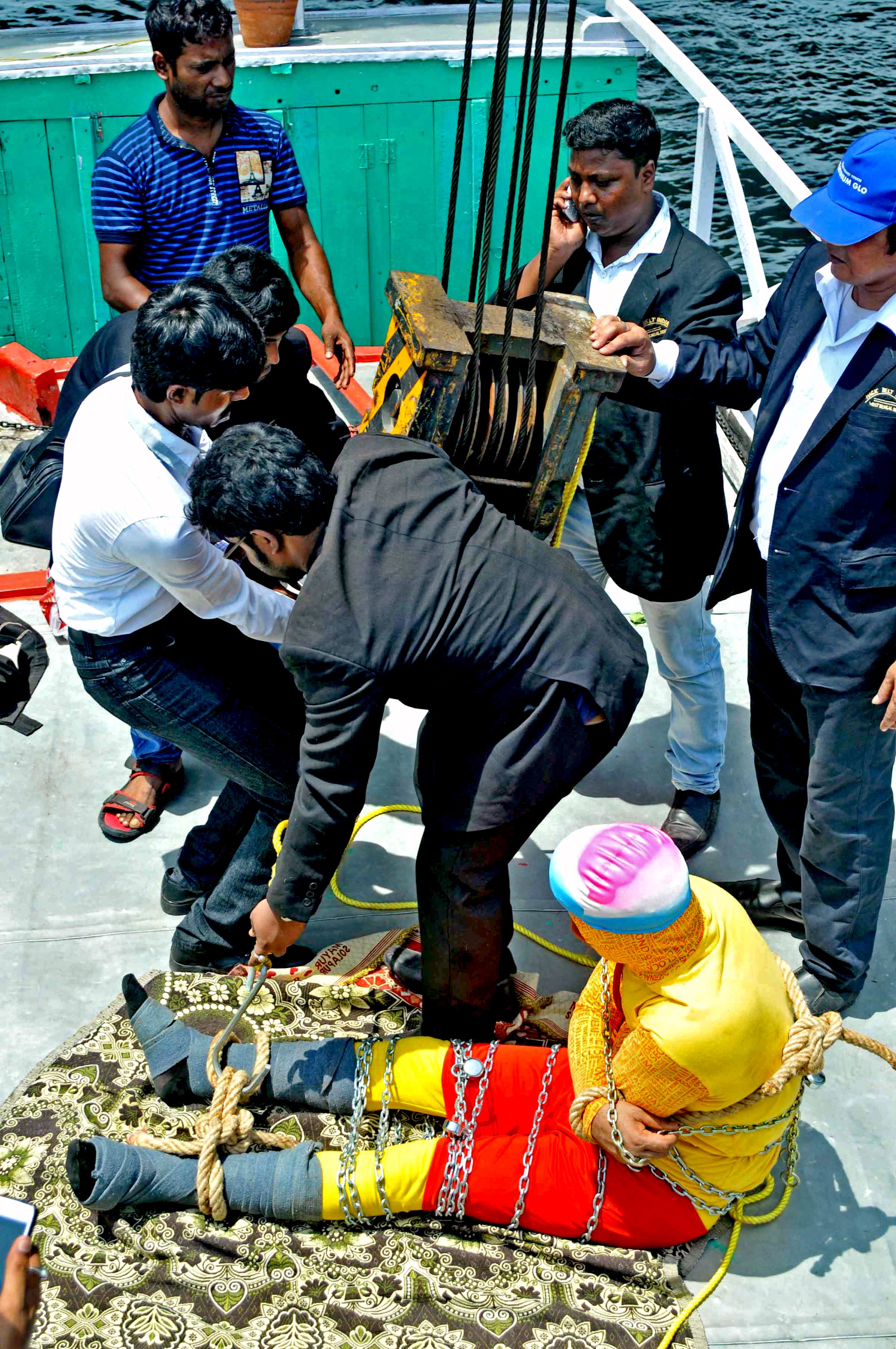 In this photo taken on June 16, 2019 Indian stuntman Chanchal Lahiri, known by his stage name “Jadugar Mandrake”, is prepared for being lowered into the Ganges river, while tied up with steel chains and ropes, in Kolkata. STR/AFP/Getty Images

“He was wearing heavy socks which looked like a gumboot and that did not help him in swimming to escape,” Sorcar said, according to NDTV. “His legs were also chained in such a manner that even when he managed freeing his hands he could not untie them leading to such a disaster. And I think he was also injured while being lowered into the water by the crane… He was also lowered in a wrong manner.”

Harry Houdini was a magician known for his escape acts, like freeing himself from confinements while underwater, according to Britannica.