The homeless crisis in Los Angeles is getting worse, and residents are calling for Democratic Mayor Eric Garcetti to resign for his “failed leadership.”

Skid Row, an area in downtown LA, now hosts the largest unsheltered population in the country. Homelessness numbers in LA county have risen by 12% from 2018 to 2019 with an estimated increase of 58,936 people, most of whom are living in cars, tents or makeshift shelters, NBC4 News LA reports.

Alexandra Datig, leader of the Garcetti recall effort, says part of the issue is the mayor’s “failed leadership.” (RELATED: Is Cher Onto Something? La Is Lavishing Benefits On Illegal Immigrants, While Its Homeless Die In Record Numbers)

“Because of Eric Garcetti’s failed leadership, becoming homeless in Los Angeles has become a death sentence, for some. We ask that you accept your failure and that you step down,” Datig said at a Thursday press conference. She appeared on Daily Caller co-founder Tucker Carlson’s show Wednesday to discuss the issue.

“I think we are living in third world conditions that are a threat to public health here in Los Angeles, and we have a mayor who is completely ignorant of that and he is an abysmal failure,” she added.

Garcetti said that L.A.’s homeless crisis is a “humanitarian emergency” and took full responsibility for the problem in an open letter shared with residents on June 12. (RELATED: Opinion: California Leads The Nation In Bringing Back Medieval Illnesses)

“That starts with me,” he said in the letter. “As your mayor, I take full responsibility for our response to this crisis. And like everyone who has seen families in tents or spoken to a homeless veteran in need, I am both heartbroken and impatient.” 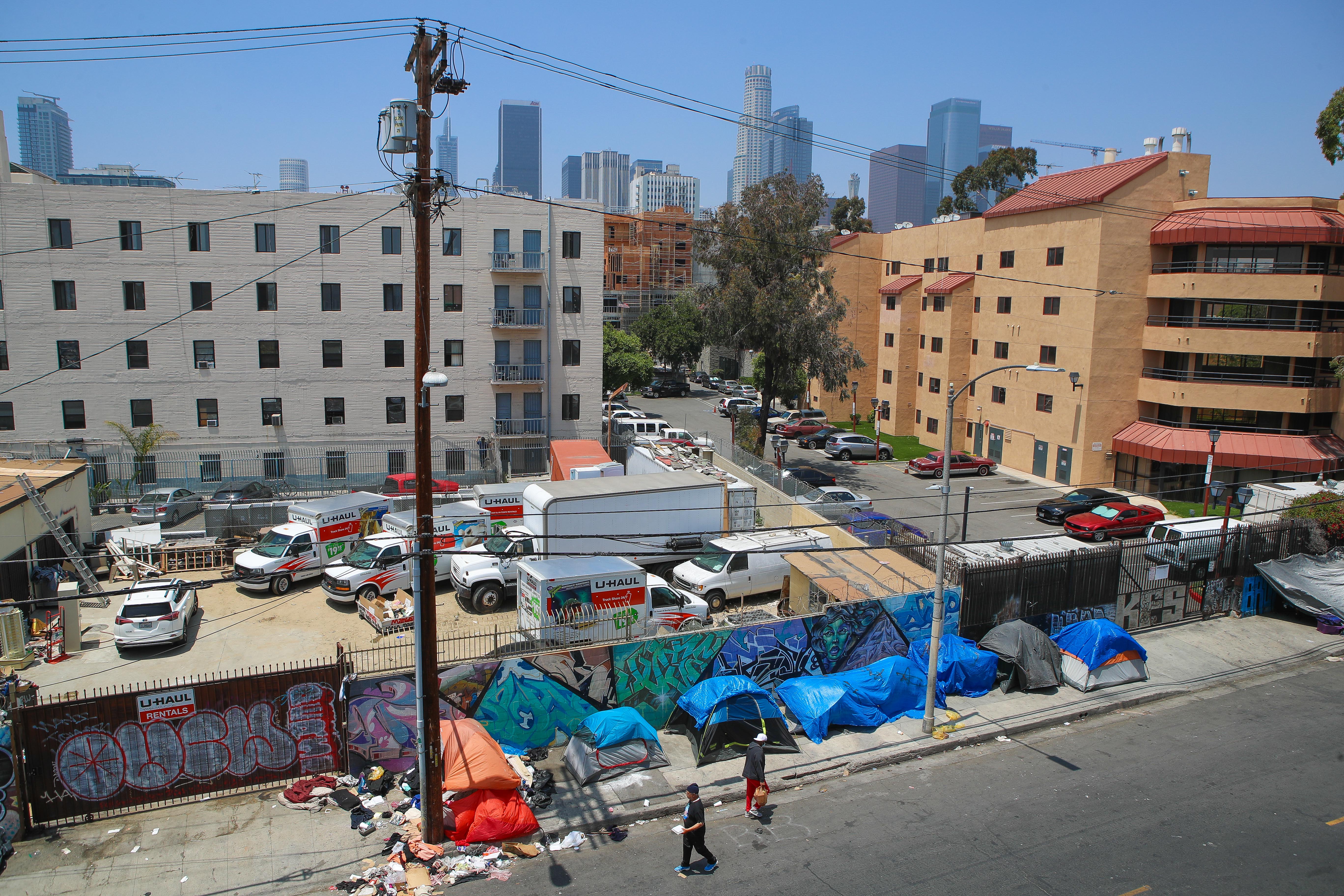 The large amount of waste in the area also poses a threat to the community’s health. City hall has attempted to organize cleanup events, but their efforts have made little impact on the area. There is a “large backlog” of complaints being sent to the city’s sanitation department.

Garcetti blamed this issue on “illegal dumping” by residents and businesses in the city and encouraged people not to blame the homeless.

“Most of the things we saw in the news recently are from illegal dumping,” he said when news of the issue surfaced, “not from homeless folks, so it’s also important not to blame folks that are living on the streets for everything that we see.”

Democratic LA City Councilman Jose Huizar told NBC that LA’s homeless crisis is unique to anywhere else in the country.

“We need 5,000 beds today. And another 5,000 next month. And another 5,000 the month after that. That’s what you’re going to need to now solve this problem,” he said. “We have the largest concentration of homeless in LA — in Skid Row in particular. About 4-to-5,000 people wander around looking for service. At night, we have 2,000 who sleep on the street. You can’t find that anywhere else in the country.”

Since Tuesday, more than 8,000 people have signed a petition to remove Garcetti, but it will have no impact on the clerk’s office.