Tehran warned President Donald Trump Saturday that if the U.S. attacks Iran, the entire Middle East will be “set on fire.”

The warning comes after a U.S. Navy drone was shot down Thursday by the Islamic Republic and a week after two oil tankers were attacked near the Strait of Hormuz. Reports surfaced Friday that Trump was considering an attack on Iran, which he ultimately decided against “10 minutes” before strikes were set to be launched.

“Firing one bullet towards Iran will set fire to the interests of America and its allies” in the Middle East, armed forces general staff spokesman Brigadier General Abolfazl Shekarchi told Tasnim News Agency, according to AFP.

“If the enemy — especially America and its allies in the region — make the military mistake of shooting the powder keg on which America’s interests lie, the region will be set on fire,” Shekarchi said. (RELATED: Pompeo Says Trump ‘Does Not Want War’ With Iran) 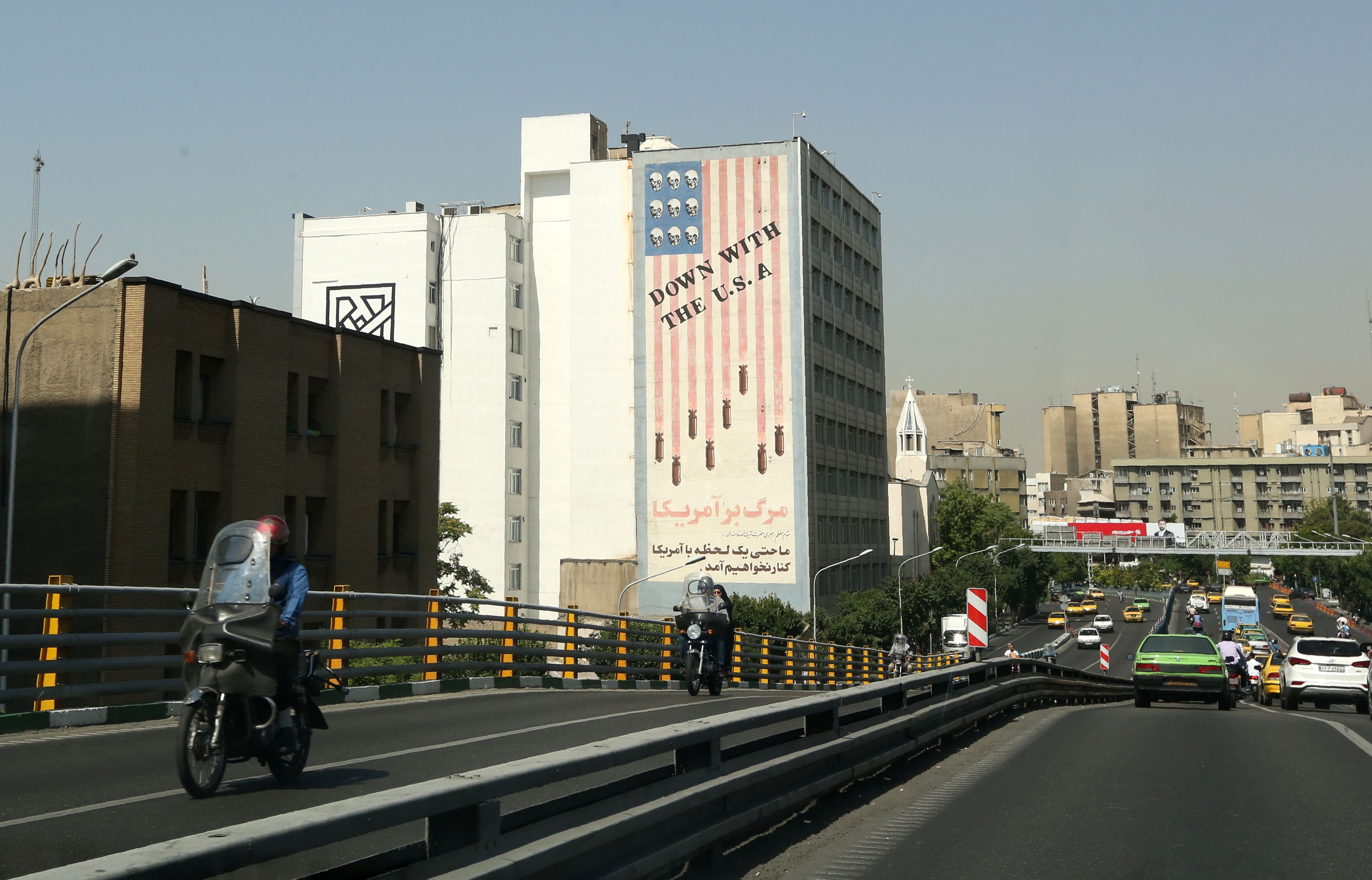 Cars drive past mural painting along the wall of a building in the Iranian capital Tehran on June 22, 2019. (ATTA KENARE/AFP/Getty Images)

“Regardless of any decision [U.S. officials] make … we will not allow any of Iran’s borders to be violated. Iran will firmly confront any aggression or threat by America,” Mousavi said.

Islamic Revolutionary Guard Corps Brigadier General Amir Ali Hajizadeh told news agency IRNA on Saturday that the U.S. drone could have entered Iran’s airspace over a mistake by “a general or some operators” but was nonetheless “an act of trampling international aviation laws by a spy aircraft, which met our natural response.”

Trump said Tuesday he “does not want war” with Iran and explained his decision not to strike Iran at the last minute in a Friday tweet, suggesting that “150” people dead was too great a risk to take for a potential attack. (RELATED: US Calls Of Strikes On Iran)

“I asked, how many will die,” he wrote. “150 people, sir, was the answer from a General. 10 minutes before the strike I stopped it, not proportionate to shooting down an unmanned drone. I am in no hurry, our Military is rebuilt, new, and ready to go, by far the best in the world. … Iran can NEVER have Nuclear Weapons, not against the USA, and not against the WORLD!”