The court filings shed new light on existing charges that Hunter and his wife used campaign money for personal expenses including vacations and private school tuition for their children, Politico reported. 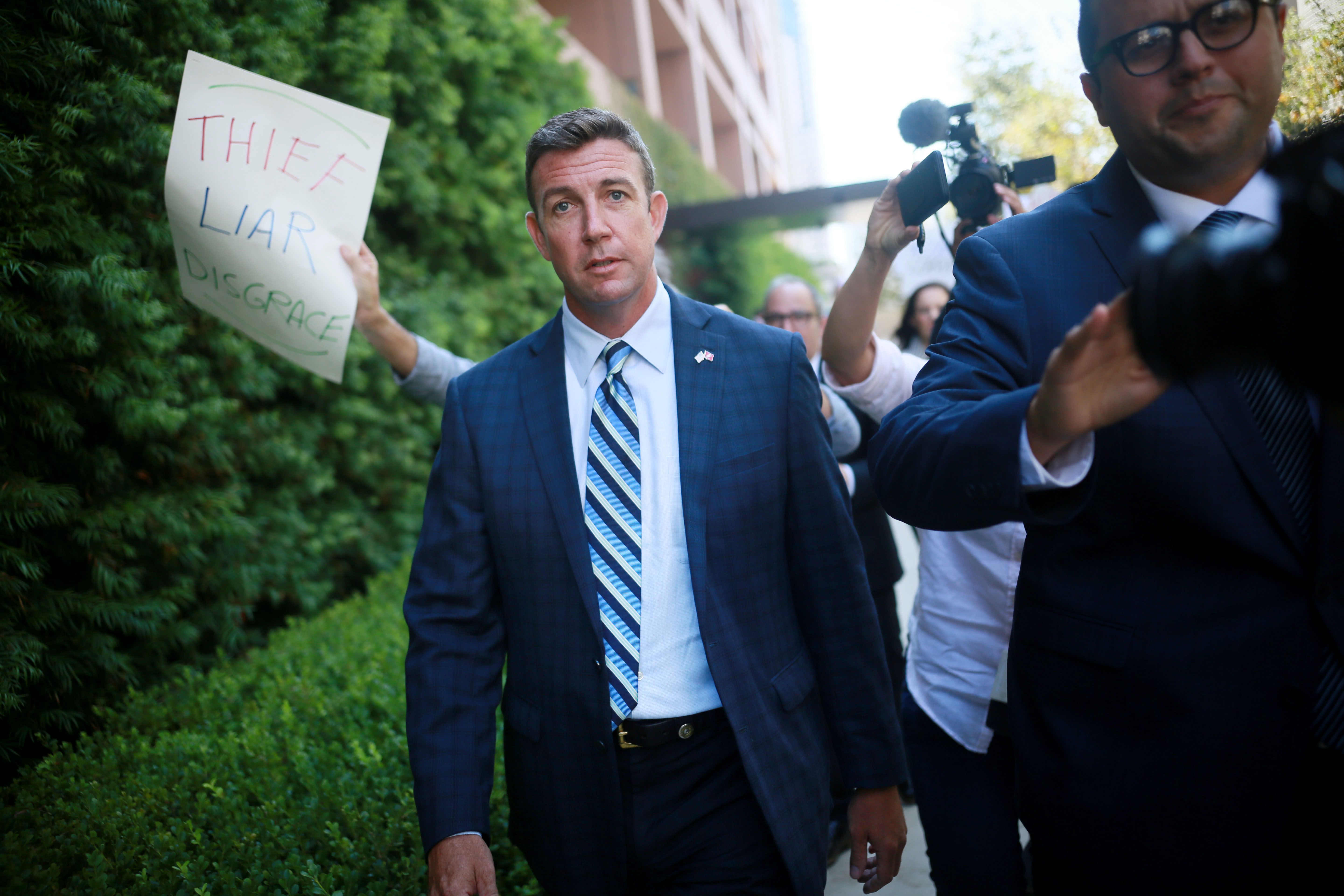 SAN DIEGO, CA – AUGUST 23: Congressman Duncan Hunter walks out of the San Diego Federal Courthouse after an arraignment hearing on Thursday, August 23, 2018 in San Diego, CA. Hunter and his wife Margaret, who pled “not guilty”, are accused of using more than 250,000 in campaign funds for personal use. (Photo by Sandy Huffaker/Getty Images)

In one instance alleged to occur in 2015, Hunter and a congressional aide went out for cocktails and spent the night together. Hunter allegedly developed a relationship with an employee in his office the same year, paying for their rendezvous from campaign funds.

Hunter has repeatedly denied the allegations. “You have criminally political prosecutors in this case on a personal smear campaign,” Hunter told Politico.

“This is the most political case in the world,” he added.

Monday’s documents also included a motion to exclude any evidence of Hunter’s military service, his good behavior or other evidence to prove that expenditures were made in accordance with his public duties.

Margaret Hunter pleaded guilty to misuse of campaign money June 13 and agreed to cooperate with prosecutors. (RELATED: Duncan Hunter Threw His Wife To The Wolves After They Were Indicted But Now He’s Telling A Reporter ‘Leave My Wife Out Of It’)

Politico did not hear back from an attorney for Hunter.

The trial has been set for September 10.