“That is tantamount to declaring publicly that we have open borders,” Johnson, who served as the chief of the Department of Homeland Security (DHS) for most of Obama’s second term, told the Washington Post. “That is unworkable, unwise and does not have the support of a majority of American people or the Congress, and if we had such a policy, instead of 100,000 apprehensions a month, it will be multiples of that.”

Instead of classifying an illegal border crossing as a criminal offense — a misdemeanor punishable by up to six months in prison, and becomes progressively worse the more you are caught illegally crossing — most Democratic candidates expressed support to instead make it a civil offense.

This is not the first time Johnson has hit back against progressive talking points about immigration. The Obama-era DHS secretary recently pointed out that migrant “cages” were not invented the day President Donald Trump was inaugurated. 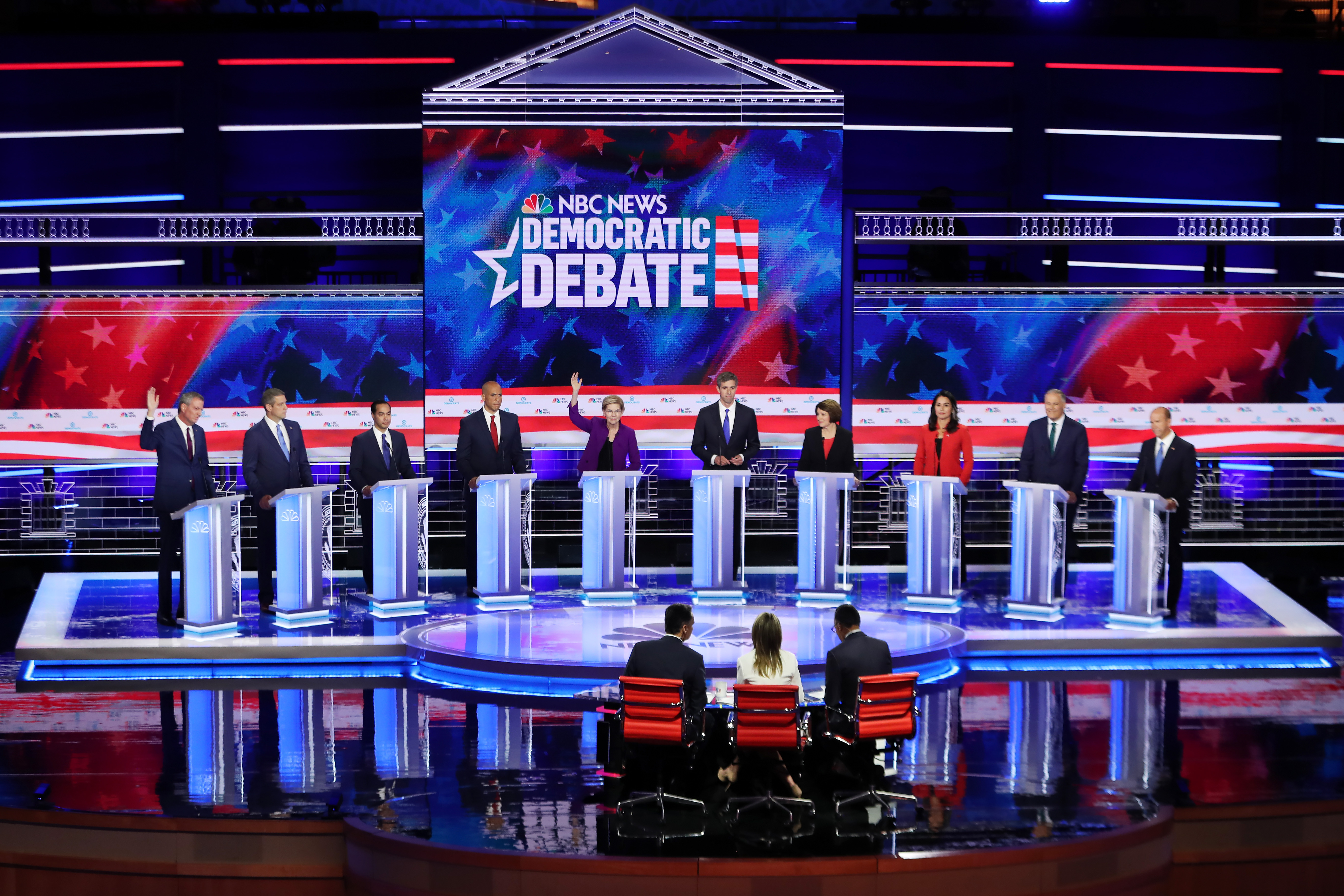 MIAMI, FLORIDA – JUNE 26: A field of 20 Democratic presidential candidates was split into two groups of 10 for the first debate of the 2020 election, taking place over two nights at Knight Concert Hall of the Adrienne Arsht Center for the Performing Arts of Miami-Dade County, hosted by NBC News, MSNBC, and Telemundo. (Photo by Joe Raedle/Getty Images)

“Chain link barriers, partitions, fences, cages, whatever you want to call them, were not invented on January 20, 2017, OK,” Johnson said Friday when asked about 2014 photos of children in cages. “But during that 72 hour period, when you have something that is a multiple, like four times of what you’re accustomed to in the existing infrastructure, you’ve got to find places quickly to put kids. You cant just dump 7-year-old kids on the streets of McAllen or El Paso. And so these facilities were erected …they put those chain link partitions up so you could segregate young women from young men, kids from adults, until they were either released or transferred to HHS.”