American Revolutionary War marksmen from the villages and backwoods of Pennsylvania, Virginia, Maryland and elsewhere got an edge from the American long rifle, a weapon some call the first truly American firearm.

The gun was also known as the “Pennsylvania” rifle because Lancaster and other towns were the “Silicon Valley” of gun innovation during the 1700s, and as the “Kentucky” rifle, because “Kentucky” was the catch-all word used to refer to Virginia’s backcountry, according to the American Rifleman.

The American long rifle was developed from the Jaeger (hunter) rifle introduced to the colonies by German gunsmiths. Frontiersmen demanded gunsmiths make changes so they were better suited for hunting and for protection, which produced the version of the rifle that became valuable to soldiers.

Its design gave soldiers an advantage over their British counterparts who, along with many American soldiers, were still using the “Brown Bess,” a smoothbore flintlock musket whose accuracy deteriorated substantially beyond 80 yards.

The American long rifle was light, weighing half as much as the Bess. It also had three times the range due to a fabricating feature called “rifling,” which creates grooves inside the barrel that force the bullet to spin while traveling out of the muzzle, carrying it farther and increasing accuracy.

The gun’s only downsides were an increased reload time, and it could not be fitted with a bayonet. (RELATED: Meet The American Hero Who Led A Bayonet Charge In WWII)

A rattlesnake on the patchbox of an American Long Rifle. Photo courtesy of Rock Island Auction Company. https://www.rockislandauction.com/

While less than 10% of American troops carried the long rifle, George Washington used the riflemen strategically as snipers and long-range scouts, providing the Continental Army with a powerful covert advantage.

British officers dreaded skilled American riflemen, who were known to take out targets at 300 yards with the superior weapon, reportedly calling them “widow-makers.”

“I never in my life saw better rifles (or men who shot better) than those made in America,” said British Col. George Hanger, who served in South Carolina. 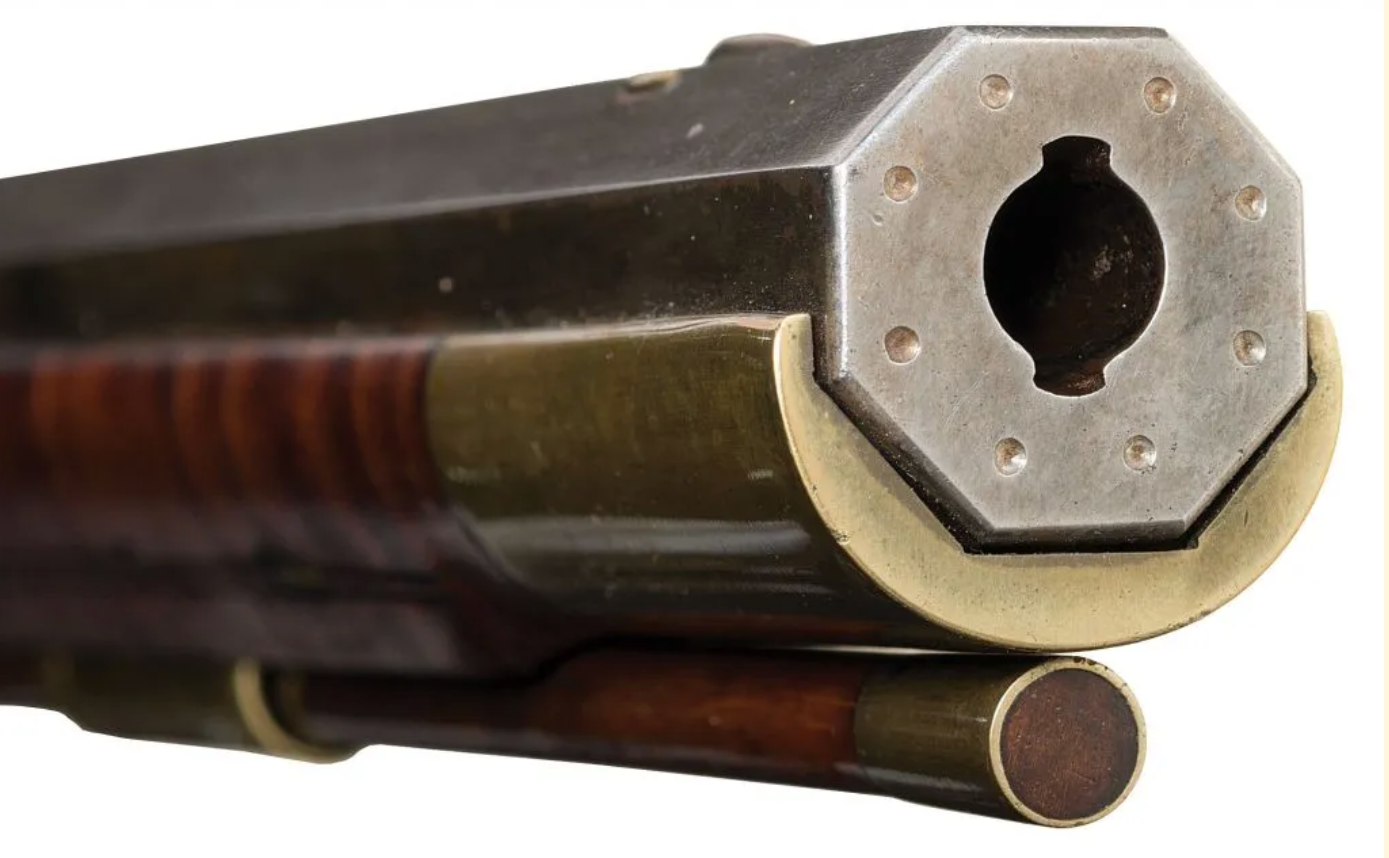 Rifles from the era are favored by collectors because each gun was unique, and design varied by region. Some featured precious metal inlays, and a few showcased unique carvings with rattlesnakes, an image favored many Founding Fathers as representing the American colonies. (RELATED: The Founding Father Who Told Americans We Have A Right To Military Weapons)

Long rifles used in the American Revolution can be found at auction and fetch prices from a few hundred to tens of thousands, depending on the origin and condition.

American long rifles, while no longer used for military combat, have been in continuous production by American gunmakers from the early 18th century to the present day.