This piece is the first of a series reviewing the Supreme Court’s 2018-2019 term. The justices adjourned for the summer on June 27.

Though President Donald Trump’s two appointments have set a new trajectory for the Supreme Court, the conservative majority flashed a strong independent streak in its 2018-2019 term.

The newly-completed term was marked by the government’s liberal use of a seldom-used procedure to bypass lower courts like the 9th U.S. Circuit Court of Appeals. The solicitor general (SG), who represents the government before the Supreme Court, filed petitions for review before judgment in several politically-charged matters — meaning the government wanted the justices to take a case before an appeals panel had a chance to weigh in.

Petitions for review before judgment (formally “certiorari before judgment”) are not granted absent extraordinary circumstances. Past examples include U.S. v. Nixon, regarding release of the so-called Watergate tape, and the 1952 Youngstown Sheet case over President Harry Truman’s bid to nationalize the steel industry.

The Court granted only one of the government’s petitions for review before judgment. The justice agreed to decide the census citizenship question case immediately after the trial court findings due to the press of time. The census forms needed to be finalized by July 1 to ensure timely printing and distribution.

Yet even where the justices rebuffed emergency petitions, the government still attained partial victories. A 5-4 Court allowed the president to enforce restrictions on transgender military personnel while challenges to the so-called “trans ban” are litigated in the lower courts. Though the Court declined to review the dispute on the merits, temporary enforcement of the policy was a victory for the administration and a reasonably good signal as to how the Court could ultimately resolve the issue.

In other instances, review before judgment petitions may have pressured lower courts to resolve cases with due haste. The Justice Department first asked the Supreme Court to decide on the president’s bid to terminate the Deferred Action for Childhood Arrivals (DACA) program in 2017. The justices denied that request, returning the dispute to the 9th Circuit. However, they instructed the 9th Circuit to “proceed expeditiously to decide this case.” (RELATED: White House Accuses Federal Judge Of Forcing ‘Open Borders’ Agenda) 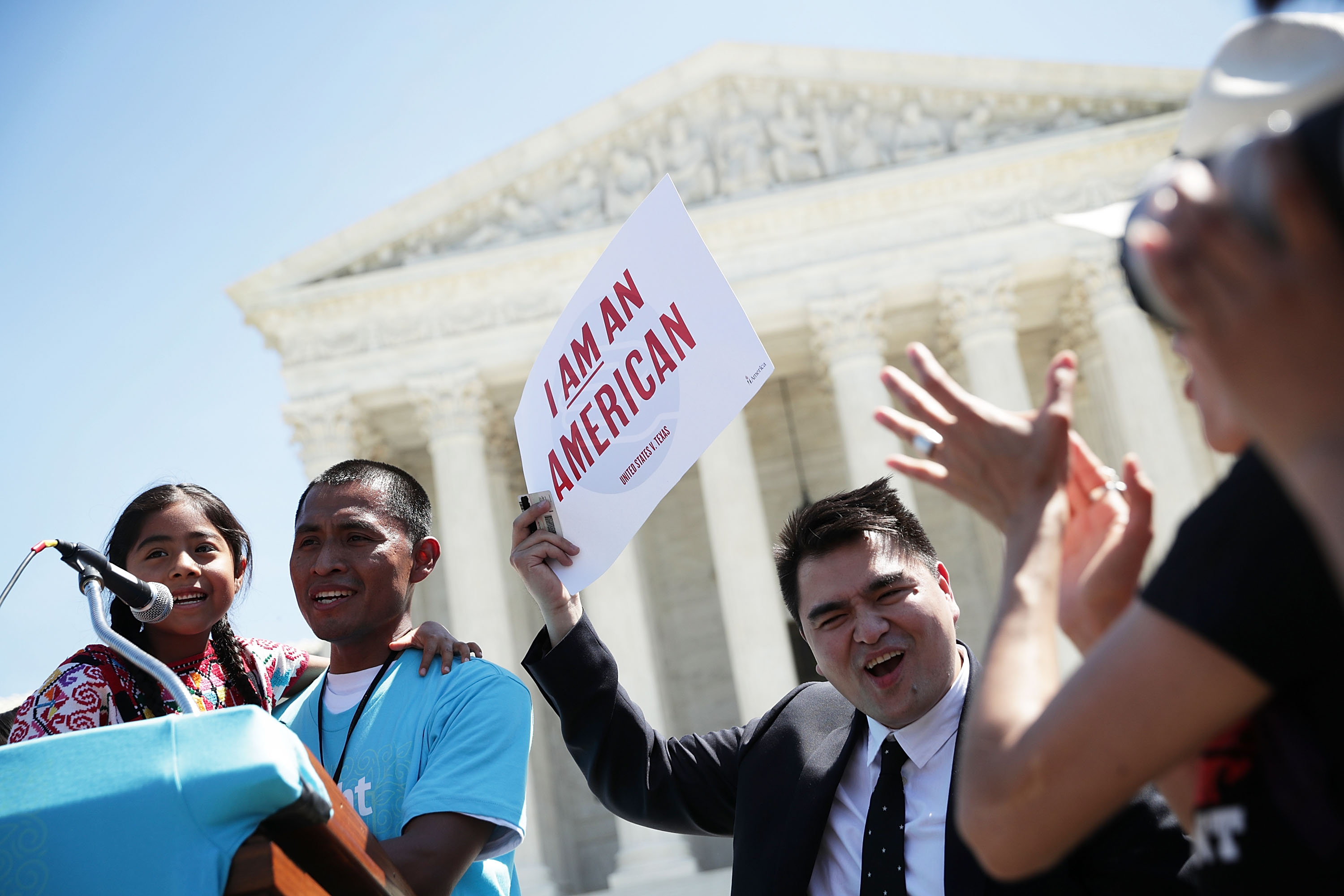 Months passed without a ruling from the 9th Circuit, so the administration returned to the high court in November 2018 with a second petition for review before judgment. The 9th Circuit issued its decision just days later. Whether the timing was a coincidence or a matter of well-exerted pressure is unclear.

After adjourning for the summer, the justices announced they will decide on the president’s attempt to end DACA in their next term, which begins in October.

Dan Epps, a law professor at the Washington University of St. Louis, told the Daily Caller News Foundation that the SG’s procedural tactics could be self-defeating.

“I’d want to see how the DACA case is resolved next term before coming to a firm conclusion on whether this was a good strategy, but it seems at least possible to me that the SG’s office has spent down a bit of its reserve of credibility with the Court in seeking cert before judgment so often,” Epps said. He cited Chief Justice John Roberts’s vote in the dispute over the census citizenship question, and the Court’s refusal to engage a last-minute request from the government in that case, as evidence that the SG could be straining his standing with the justices.

All told, the Trump administration’s record on petitions for review before judgment raises longterm questions as to how future solicitors general might use the procedure for strategic advantage.

The Justice Department helped curate a docket heavy on criminal law issues this term, a possible reflection of the president’s law and order agenda.

Dr. Adam Feldman, who collects data about the high court, compared a random sample of Supreme Court petitions from the Obama administration to the 42 cases Trump’s Justice Department has brought the Court thus far. Feldman found “the Trump sample is weighted more heavily towards immigration and criminal/habeas cases.”

“I don’t see criminal law as an area that should radically fluctuate administration to administration — DOJ is always going to be a prosecutors’ office no matter what — but I could see this OSG caring a bit more about some of those issues,” Epps told the DCNF. He also speculated the change could be a function of deputy Solicitor General Michael Dreeben’s departure. Dreeben, a criminal law guru, was detailed to special counsel Robert Mueller’s investigation. He announced his retirement in June.

One of the president’s own appointees, Justice Neil Gorsuch, who bedeviled the government on criminal law issues throughout the term, delivering the decisive fifth vote with the Court’s liberal bloc in two cases. The first was U.S. v. Davis, in which Gorsuch wrote the Court’s majority opinion striking down a heightened penalty law used to punish gun crimes. The majority said the law was unconstitutionally vague.

Just days after Davis, Gorsuch again formed a majority with the liberals, siding with a sex offender in a dispute over a federal law requiring judges to impose additional punishments on certain offenders who commit crimes during supervised release. The majority said that juries, not judges, must find the facts necessary to impose those additional penalties. In dissent, Justice Samuel Alito warned the Court’s decision had “revolutionary implications” for the supervised release system.

Some observers characterized Gorsuch’s approach as “libertarian,” to the extent his sympathy for criminal defendants reflects a far-reaching suspicion of government power. Others said those decisions are the result of his “stark, formalist” approach to cases. That means Gorsuch is primarily concerned with rules and frameworks, while other high court conservatives show flashes of pragmatism and an eye toward real-world consequences.

There were victories for the administration on criminal issues, however. The government prevailed in a trio of cases concerning the Armed Career Criminal Act (ACCA) a much-litigated 1984 law that enhanced penalties for felons who use guns to commit crimes. In each case, the Court rejected arguments to limit the ACCA’s reach.

On biggest cases, a mixed record

The administration’s record was decidedly mixed on the marquee cases of the term — though Trump notched victories in an important administrative law case and a bitter dispute over immigrant removal, Roberts led the Court in rebuffing efforts to add a citizenship question to the 2020 census form.

As has been true of other Roberts compromises, the chief produced a bottom line liberal result through an opinion that left conservatives plenty of Easter eggs. The upshot is that the census case could have continued “on a battleground…tilted sharply in [Commerce Secretary Wilbur] Ross’s favor — and from which the chief has removed most of the plaintiffs’ arguments,” lawyer Joshua Matz wrote for Take Care, an anti-Trump law blog.

Challengers to the citizenship question advanced a range of arguments against the government. Roberts disposed of them all in portions of his opinion the conservative justices joined — he said the question, which could depress minority participation, did not violate the Constitution’s command to take an “actual enumeration.” Nor did the government violate process requirements establishment in the Census and Administrative Procedure Acts, the Court said.

Fatal to the administration’s case was the Court’s finding that Ross concealed the real reason he added a citizenship question to the census form. The proffered rationale — that the government needs granular citizenship data to improve enforcement of the Voting Rights Act — was, in the chief’s phrase, “a distraction.”

The Commerce and Justice Departments announced they would abandon efforts to print the census forms with a citizenship question on Tuesday. A pair of tweets from the president following that announcement created confusion as to his administration’s intentions.

The government also failed in its defense of a federal law barring the registration of immoral or scandalous trademarks. That dispute arose when the Patent and Trademark Office (PTO) denied a trademark for designer Erik Brunetti’s “FUCT” clothing line. As deputy Solicitor General Malcolm Stewart put it during the April argument, the brand name is “the equivalent of the profane past participle of the paradigmatic profane word in our culture.”

The administration argued the law was constitutional because it forbids certain modes of expression — not underlying views — which is a reasonable condition on a government benefit.

Writing for the majority, Justice Elena Kagan said the law was classic viewpoint discrimination, since approval for the mark turned on the applicant’s perspective. Kagan cited many examples in that connection, comparing pro-religion marks like “Jesus Died For You” (approved) with crass anti-religion marks such as “Bong Hits 4 Jesus” (rejected).

Trump’s clearest victory may be March’s decision in Nielsen v. Preap, which involved an immigrant detention law. The question was whether immigration authorities can detain noncitizen criminals long after their release from prison. The statute at issue directs the Homeland Security secretary to arrest those individuals “when the alien is released.” The lead plaintiff was Mony Preap, a drug offender detained seven years after leaving criminal custody. (RELATED: Trump Administration Abandons Census Citizenship Question After Supreme Court Defeat) 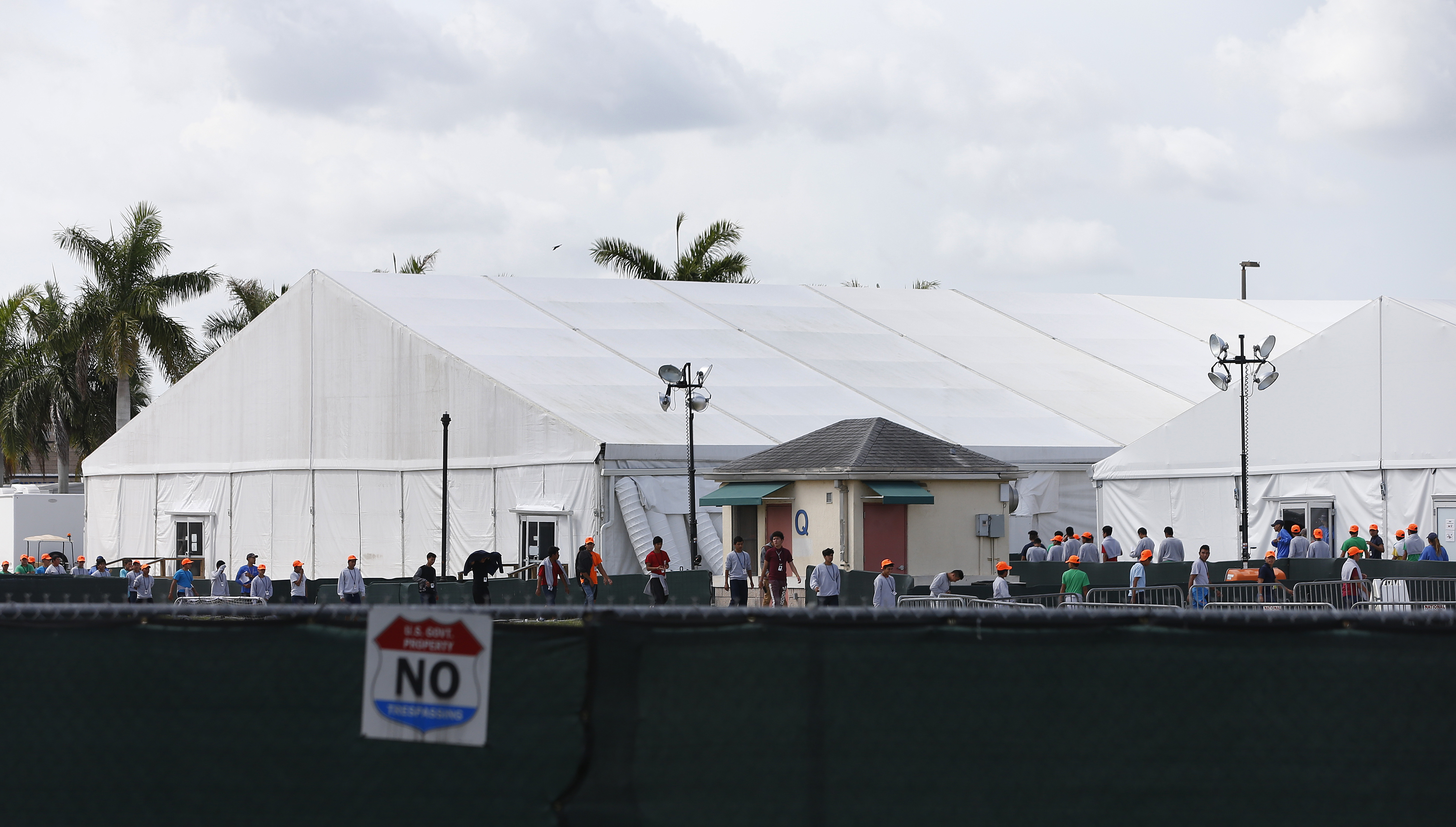 Alito delivered the 5-4 majority opinion, explaining the provision merely triggers the secretary’s duty to act, and does not impose a time limit. The Court left open the opportunity for aliens to argue the law is unconstitutional when applied to their particular case.

The administration notched a partial victory in Kisor v. Wilkie, a major agency law dispute asking whether the federal courts should continue deferring to an agency’s interpretation of its own regulations. That rule of agency law is called “Auer deference.” Though curbing bureaucratic power and repealing regulations are major components of Trump’s domestic agenda, the Justice Department urged the Court to put limits on Auer instead of getting rid of it.

The justices did just that. Kagan’s opinion for the Court adopted several of DOJ’s recommendations for restraining the doctrine without explicitly overruling it. In a separate opinion, Gorsuch — generally an administration ally on agency law issues — said the ruling left Auer deference “maimed and enfeebled” but seemed exasperated that the Court had not simply overturned it.

The Supreme Court will return from its summer recess on October 7.