The Trump administration has asked the Supreme Court to strike down a New York City ordinance strictly regulating the transportation of firearms.

The ordinance at issue prohibits licensed gun owners from transporting weapons to any location, save one of seven authorized gun ranges. License holders are not permitted to take their firearms beyond city limits.

“To confine a weapon to the home is thus to preclude the owner from using it for many of the purposes that the right to keep and bear arms is meant to serve,” Solicitor General Noel Francisco told the justices in court papers.

The plaintiffs are Second Amendment activists who wish to transport their firearms outside the city to participate in shooting competitions and defend their vacation homes. A federal trial judge and the 2nd U.S. Circuit Court of Appeals upheld the regulations, prompting an appeal to the Supreme Court. The 2nd Circuit said the transport ban protects “the public safety of both license-holding and non-license-holding citizens.”

The case is the first gun rights dispute the justices have heard in almost a decade.

In a brief supporting the plaintiffs, Francisco compared New York’s ordinance with federal statutes governing the movement and possession of firearms. Though federal law bars minors from possessing guns and bans firearms in school zones, those prohibitions do not apply to people transporting unloaded weapons in locked containers in the course of completing some lawful activity like hunting. (RELATED: Forget Alabama. These Abortion Cases Are In Front Of The Supreme Court Right Now) 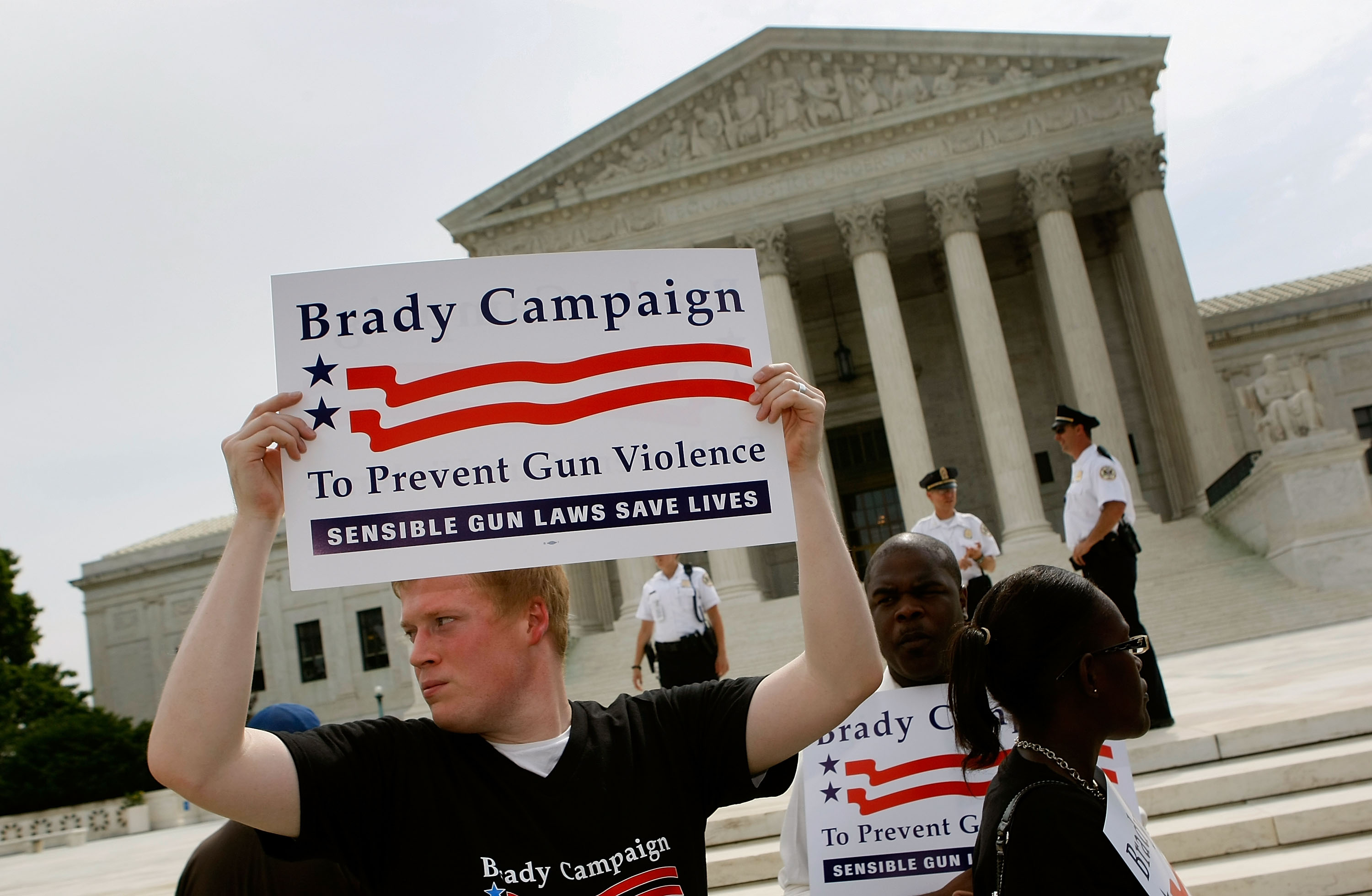 An activist with the Brady Campaign stands in front stand in front of the Supreme Court on June 26, 2008. (Mark Wilson/Getty Images)

While the rules at issue only apply in New York City, the case is potentially significant because the justices could announce new standards for judging Second Amendment disputes. The Supreme Court has never said whether lower courts should use strict or permissive legal standards for assessing gun control laws. The administration cautioned that the justices do not need to broach that issue to strike down the New York ordinance.

“The Court need not decide what additional indicia of constitutional meaning judges should consult when interpreting the Second Amendment,” Francisco wrote.

“In this case…text, history, and tradition definitively establish the unconstitutionality of the city’s near-total ban on the transportation of handguns outside the home,” he added.

After the justices granted review of the case on Jan. 22, the city announced it would promulgate more permissive gun transportation rules. Lawyers for the city told the Court on April 12 that the new rules will “moot” the case, since the ordinance that set off the dispute will be repealed. As such, the city argues the appropriate course for the Court will be to dismiss the case after the new rules are implemented.

The justices rejected the city’s request to stay the filing of legal briefs in view of the forthcoming change.

The case is No 18-280 New York State Rifle and Pistol Association v. City of New York.