The Justice Department would back Robert Mueller if the former special counsel wanted to fight congressional subpoenas to testify about the Russia probe, Attorney General William Barr said in an interview Monday.

Barr accused House Democrats of trying to create a “public spectacle” by subpoenaing Mueller to testify July 17 before the House Judiciary and House Intelligence Committees, he told The Associated Press.

“I was disappointed to see him subpoenaed because I don’t think that serves an important purpose dragging Bob Mueller up if he in fact is going to stick to the report,” Barr said during a visit to Edgefield, S.C.

“It seems to me the only reason for doing that is to create some kind of public spectacle.” 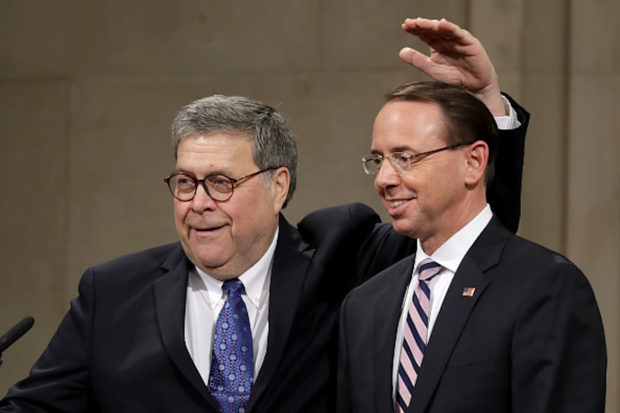 Mueller said at a press briefing May 29 that he had no plans to testify to Congress, and that his 448-page report of the Russia investigation would serve as his testimony. The report said prosecutors were unable to establish that the Trump campaign conspired with the Russian government to influence the 2016 election. Mueller and his team made no decision on whether President Donald Trump attempted to obstruct the special counsel’s probe, or the FBI investigation that preceded it. (RELATED: 27 Questions That Congress Should Ask Mueller)

Mueller, a former FBI director, has not indicated that he will try to avoid the subpoena or enlist the Justice Department to help him block it. Barr has previously said he would leave it to Mueller to decide if he wants to testify publicly before Congress.

Mueller was appointed special counsel May 17, 2017. The investigation ended March 22, and Barr released a partially redacted version of the Mueller report April 18.