“It’s true. I’m running for president,” Steyer wrote on Twitter Tuesday morning with a link to a campaign video.

Steyer, who is behind the anti-Trump “Need to Impeach” campaign, appeared poised for a 2020 run in January but backed off. Now, the 62-year-old is making the leap as the Democratic field seems to be in want of a clear frontrunner. (RELATED: Jimmy And Rosalynn Carter Celebrate Their First Wedding Anniversary With This Title)

Steyer will need to carve out his own space in the 2020 field. But one of his key issues, climate change, is already the focus of another candidate, Jay Inslee. Inslee’s campaign also hired people who have worked for Steyer’s NextGen America ⁠— Alex Fujinaka will serve as Inslee’s deputy political director and Maggie Thomas as deputy policy director. 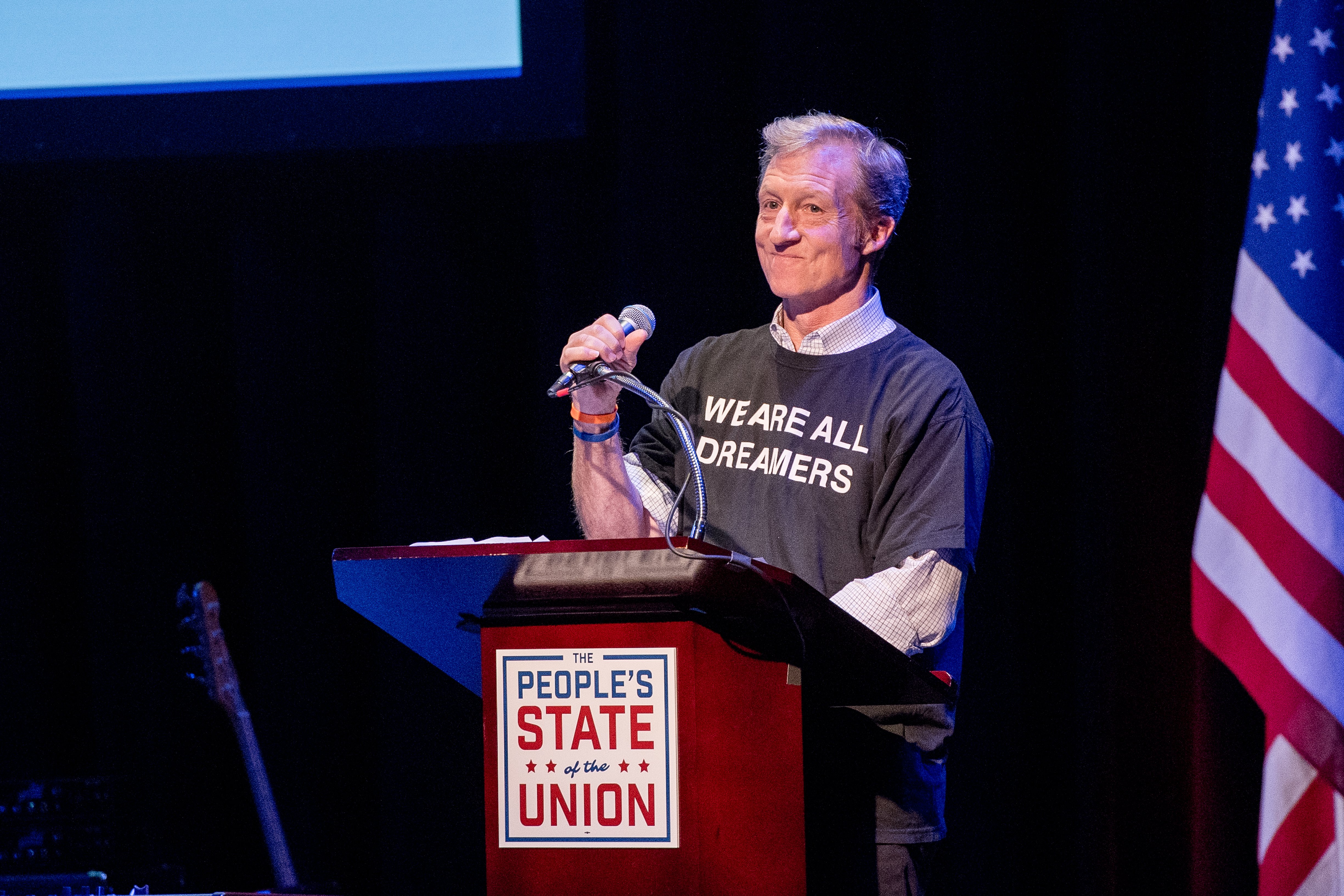 Tom Steyer speaks onstage during The People’s State Of The Union at Town Hall on January 29, 2018 in New York City. (Photo by Roy Rochlin/Getty Images)

Steyer is vocal about addressing what he characterizes as a climate crisis but may not be on board with the Green New Deal, unlike 2020 candidates including Vermont Sen. Bernie Sanders and Massachusetts Sen. Elizabeth Warren who support the plan. He called it a “first draft” in February, reported The Hill.

“After a false start, left-wing extremist Tom Steyer has finally formalized his self-promotion tour under the guise of a presidential campaign. The only thing Steyer’s campaign will do is light more of his money on fire as he joins the rest of the 2020 Democrat field in pushing policies that are way outside the mainstream,” RNC spokesman Steve Guest said in a statement.

Steyer’s announcement comes after Politico reported Monday he was reconsidering a run.

“He’s definitely focused on the [fact that the] economy is not as good as people are making it out to be,” a person with knowledge of Steyer’s plans said according to Politico.

Roughly 20 candidates are competing for the 2020 Democratic nomination. Steyer’s announcement comes a day after California Rep. Eric Swalwell announced he is dropping out Monday.