New York Rep. Alexandria Ocasio-Cortez implied Wednesday that Nancy Pelosi is racist and said the House speaker has been “disrespectful” toward “newly elected women of color” in Congress.

Ocasio-Cortez addressed in an interview with The Washington Post the growing rift between Pelosi and the progressive wing of the Democratic Party.

Pelosi was quoted in a New York Times article on July 6 taking a thinly veiled shot at Ocasio-Cortez and several other freshman Democrats who voted against a bill to help migrants at the border.

“All these people have their public whatever and their Twitter world, but they didn’t have any following,” Pelosi said to The Times’ Maureen Dowd. “They’re four people and that’s how many votes they got.” (RELATED: Pelosi Speaks Out On Swipe At Ocasio-Cortez) 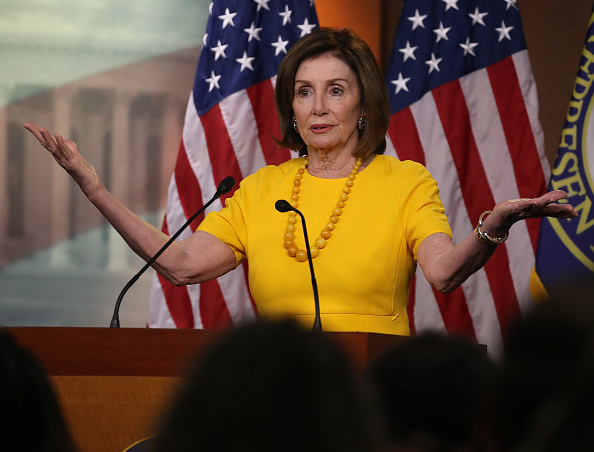 Pelosi was referring to Ocasio-Cortez and Reps. Ilhan Omar of Minnesota, Ayanna Pressley of Massachusetts and Rashida Tlaib of Michigan, who are all minority women.

Ocasio-Cortez told The Post that she initially believed Pelosi was employing a strategy to protect moderate Democrats. But she suggested she believes there could be a racial tinge to Pelosi’s repeated rebuke of Ocasio-Cortez and her fellow freshmen.

“When these comments first started, I kind of thought that she was keeping the progressive flank at more of an arm’s distance in order to protect more moderate members, which I understood. But the persistent singling out … it got to a point where it was just outright disrespectful … the explicit singling out of newly elected women of color,” she told The Post.

Pelosi said earlier Wednesday she did not regret her initial remarks, saying: “I have no regrets about anything.”

She also rebuked progressive Democrats in a private meeting Wednesday about their habit of criticizing moderate members on social media.

“So, again, you got a complaint? You come and talk to me about it,” she told Democrats, according to Politico. “But do not tweet about our members and expect us to think that that is just OK.”