Amazon announced Thursday that it will be investing over $700 million into retraining a third of its US employees by 2025 so they can “move into highly skilled technical and non-technical roles” in the company.

This investment goes to employees from many areas of the company including its corporate offices, tech hubs, fulfillment centers, retail stores and transportation network. The programs are to help employees from these areas “move into more highly skilled roles within or outside of Amazon,” according to Business Wire.

Amazon stated in their announcement that the fastest growing job areas in their company over the past five years were data mapping specialists, data scientists, solutions architects, security engineers and business analysts. 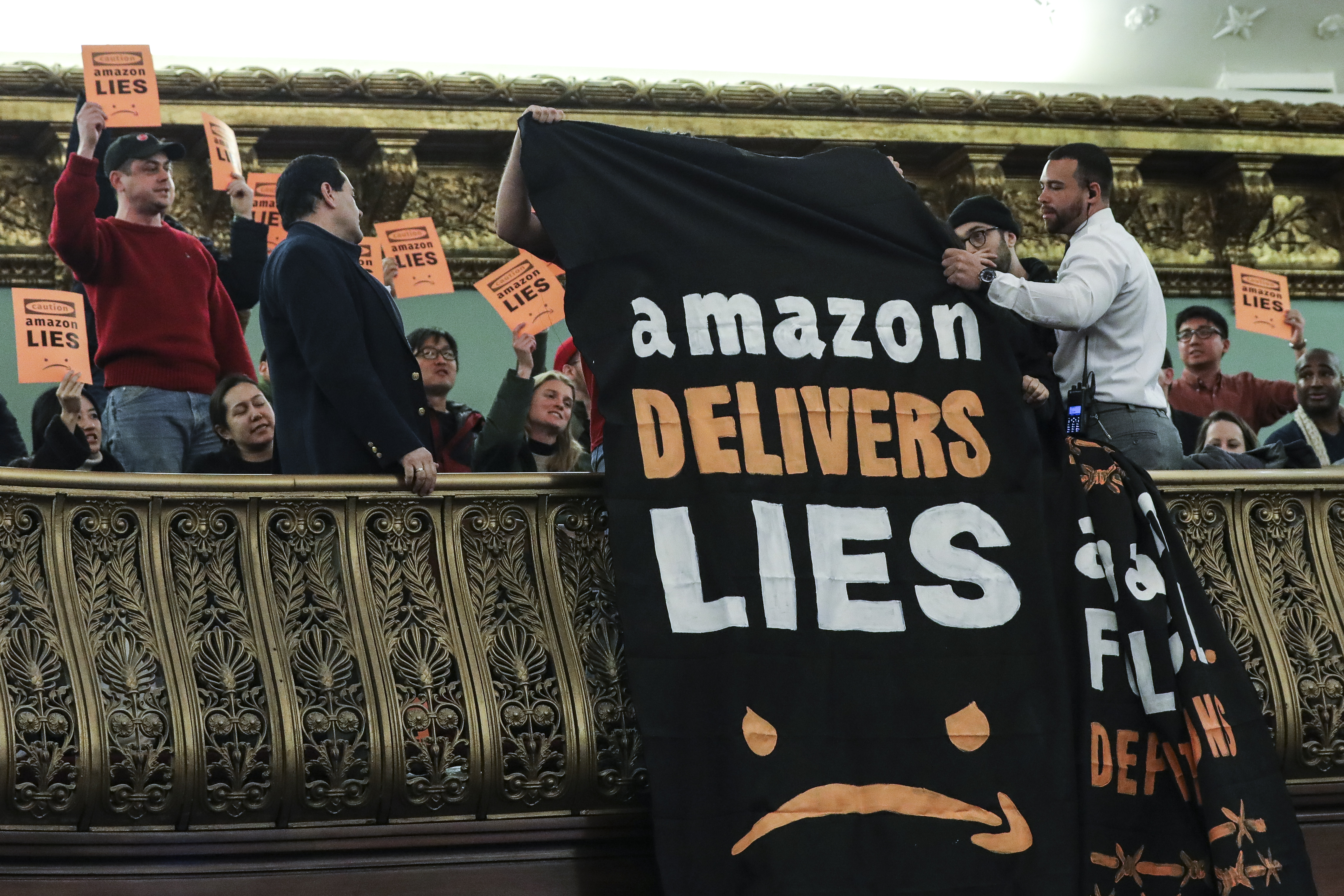 Amazon is launching six new programs to help people gain the knowledge and skills they need to fulfill these roles in the company. “We think it’s important to invest in our employees, and to help them gain new skills and create more professional options for themselves,” Beth Galetti, Senior Vice President of Human Resources for Amazon, said in a statement.

Amazon will be supporting 100,000 employees “in getting the skills to make the next step in their careers.”

“What Amazon is trying to do internally is one interesting experiment of many,” Jesse Blumenthal, who leads technology and innovation policy for the Koch network, told the Daily Caller. There have been different companies who have made similar announcements to the one Amazon made.

“There are a lot of different private sector firms, civil society organizations and new approaches to employment and education that collectively are much better than one top down centrally planned jobs retraining program,” Blumenthal commented.

Google has been working for a couple of years “to help people get credentialing for certain IT jobs.” Their approach has been “been less like retrain our own workforce and more leverage technology to train people who want to upscale themselves.”

Automation has the potential to increase productivity which causes companies to increase jobs because “the value that is created goes up significantly or it creates new opportunities for workers.” (RELATED: Walmart Rolls Out Fleet Of Robots, Says Automation Is Good For Its Workers)

However, the president of United Food and Commercial Workers, Marc Perrone, released a statement saying Jeff Bezos “wants to automate every good job out of existence.”

“Amazon is throwing money at a problem it created and somehow thinks that it deserves applause,” Perrone said. It is an “insult” to Amazon workers who work in “dangerous working conditions and meet impossible demands every day.”

Both sides of the aisle “must wake up” and recognize that “Amazon’s ruthless business model will lead to massive job losses that could cripple our entire economy,” Perrone concluded.

Amazon’s new programs come at a time when they are facing backlash for tracking warehouse workers and firing them if they do not meet productivity levels, The Verge reported. Warehouse workers in Shakopee, Minnesota are planning on striking later this week during Amazon’s annual Prime Day sale. (RELATED: Amazon’s Working Conditions Are Apparently Making Employees Suicidal)

Amazon is having trouble filling 20,000 job openings they have for more technical positions, The Wall Street Journal reported. “Finding quality talent is difficult and the leadership at Amazon has realized that the best way to deal with this problem is to train people in-house,” William Rinehart, Director of Technology and Innovation Policy for American Action Forum, told the Daily Caller.