President Donald Trump said Thursday the U.S. shot down an Iranian drone that kept approaching the USS Boxer, an amphibious assault ship, in the Strait of Hormuz near Iran.

“The Boxer took defensive action against an Iranian drone, which had closed into a near distance, approximately 1000 yards, ignoring multiple calls to stand down threatening safety of ship and ship’s crew,” Trump told reporters at the White House according to CNBC.

The Pentagon confirmed the ship shot down the drone, without specifying it was Iranian, while “conducting a planned inbound transit of the Strait of Hormuz,” according to Defense One editor Marcus Weisgerber. (RELATED: Iran State TV Reports It Seized Foreign Oil Tanker Accused Of Smuggling Amid Growing Tension In Mid-East)

I want to apprise everyone of an incident in the Strait of Hormuz today, involving #USSBoxer, a U.S. Navy amphibious assault ship. The BOXER took defensive action against an Iranian drone…. pic.twitter.com/Zql6nAUGxF

The drone was “immediately destroyed,” Trump said. Trump also called “on other nations to protect their ships as they go through the Strait,” he said according to Bloomberg. 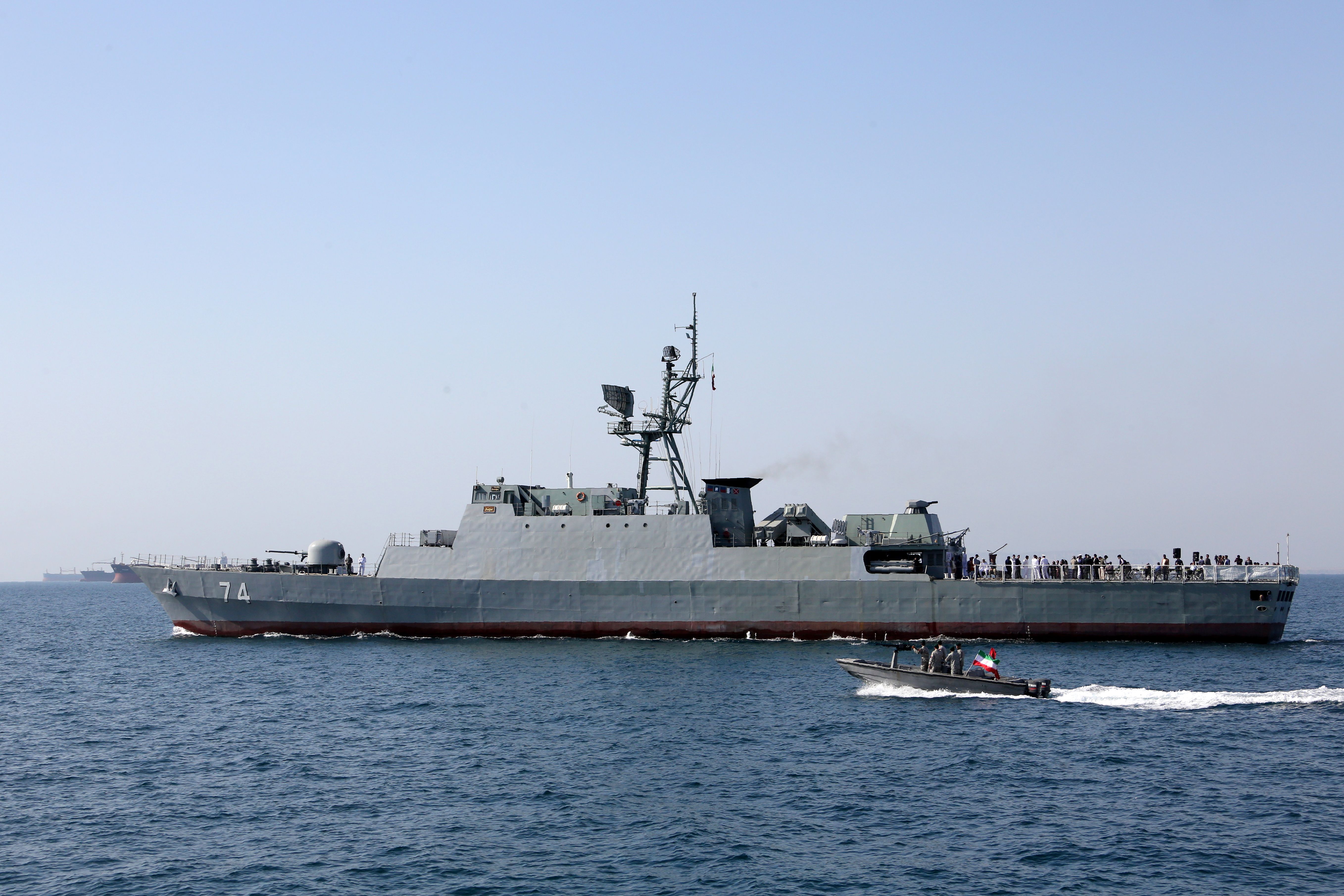 An Iranian Navy warship takes part in the “National Persian Gulf day” in the Strait of Hormuz, on April 30, 2019. (ATTA KENARE/AFP/Getty Images)

The news comes on the same day that Iranian state television announced the country’s Revolutionary Guard Corps seized an unspecified foreign tanker it accused of smuggling oil. Skeptics accused Iran of pushing the report in order to cause a surge in oil prices, reported Forbes. The U.S. also said Thursday that it is sending roughly 500 troops to Saudi Arabia in what is reportedly a show of strength to Iran, according to The New York Times.

Trump took credit for calling off a retaliatory military strike on Iran after Iran shot down an American surveillance drone in June, saying it would not have been a proportional response.

The U.S. slapped sanctions on Iran in April by designating the Iranian Revolutionary Guard Corps (IRGC) as a foreign terrorist organization. The move followed Trump’s 2018 decision to pull the U.S. out of the multilateral 2015 Iran nuclear deal. The IRGC has been accused of attacking oil tankers from several countries in shipping lanes near Iran.