The Democratic National Committee raised $8.5 million in June and has $9.3 million in the bank, according to campaign finance records released late Friday.

Both figures are far behind what the Republican National Committee said it has raised. The GOP said it raised $20.8 million in June, and has $43.5 million cash on hand, Fox News reported Wednesday. Republicans also said the party has no debt, while the DNC has $5.7 million in debt, according to FEC records. (RELATED: Bad News For DNC: The Democrats’ And GOP’s Money, By The Numbers)

June doesn’t appear to be an anomaly. Republicans say they’ve raked in $51 million in the past three months. The RNC has been posting record fundraising numbers so far in 2019. In February, the party raised $14.6 million, a record high for that month in a non-election year.

The RNC, which has yet to file its official campaign finance documents, shared its strong showing in an email blast Saturday. 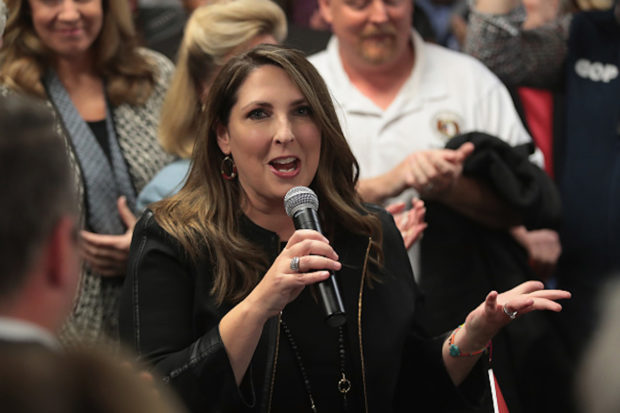 “In June, the RNC brought in twice as much money as the DNC. Cycle to date, under RNC Chairwoman Ronna McDaniel, we’ve raised more than double that of the DNC and have no debt. Comparatively, the DNC is nearly six million dollars in debt,” said Steve Guest, the RNC’s rapid response director.

Guest pointed to a Vice News article that quoted Hillary Clinton campaign and DNC alum Adam Parkhomenko saying of Democrats’ relatively paltry showing: “They need to get their shit together. Now.”