As far back as his days as governor of California, Ronald Reagan was intrigued by the possibility of creating a defensive system for the nuclear era. Even as Lyndon Johnson and Defense Secretary Robert McNamara were exploring ways of limiting nuclear defense, Reagan began thinking that expanding nuclear defense might be the answer.

In 1967, he met with a physicist at the Lawrence Livermore National Laboratory named Edward Teller who suggested that technology such as lasers could potentially be used to knock down a nuclear weapon in route to its target. Now as president, Reagan was toying with the idea again. Earlier in 1983, he had met with the Joint Chiefs of Staff and expressed his dismay about the current policy of MAD. They agreed and told the president that new technologies such as kinetic energy could possibly help block a nuclear missile once it was launched. Reagan seized the idea.

Speaking from the Oval Office on the night of March 23, 1983, Reagan asked the nation, “Wouldn’t it be better to save lives than to avenge them? Are we not capable of demonstrating our peaceful intentions by applying all our abilities and our ingenuity to achieving a truly lasting stability?”

Then he made his major announcement: “Tonight, consistent with our obligations under the ABM Treaty and recognizing the need for closer consultation with our allies, I am taking an important first step. I am directing a comprehensive and intensive effort to define a long-term research and development program to begin to achieve our ultimate goal of eliminating the threat posed by strategic nuclear missiles.”

The plan to create a defensive shield protecting the U.S. from a nuclear attack would be called the Strategic Defense Initiative (SDI). It came under withering criticism almost immediately from Democrats like Senator Ted Kennedy, who mocked it as “Star Wars,” after the popular George Lucas science fiction films. But Reagan forged ahead despite the criticism. He believed that if technology could create offensive weapons it could also create defensive ones. And he found an unlikely ally in Nixon. The former president was intrigued by the idea — not so much as a matter of defense policy, but as a matter of diplomacy.

Almost from the beginning of the SDI debate, Nixon doubted that technology would be able to produce the impenetrable shield Reagan hoped to create. “Too much of the debate has focused only on the possibility of developing a one hundred percent leak-proof population defense which even the strongest proponents agree could not be developed until the next century,” he wrote to his friend, Admiral U.S. Grant Sharp. 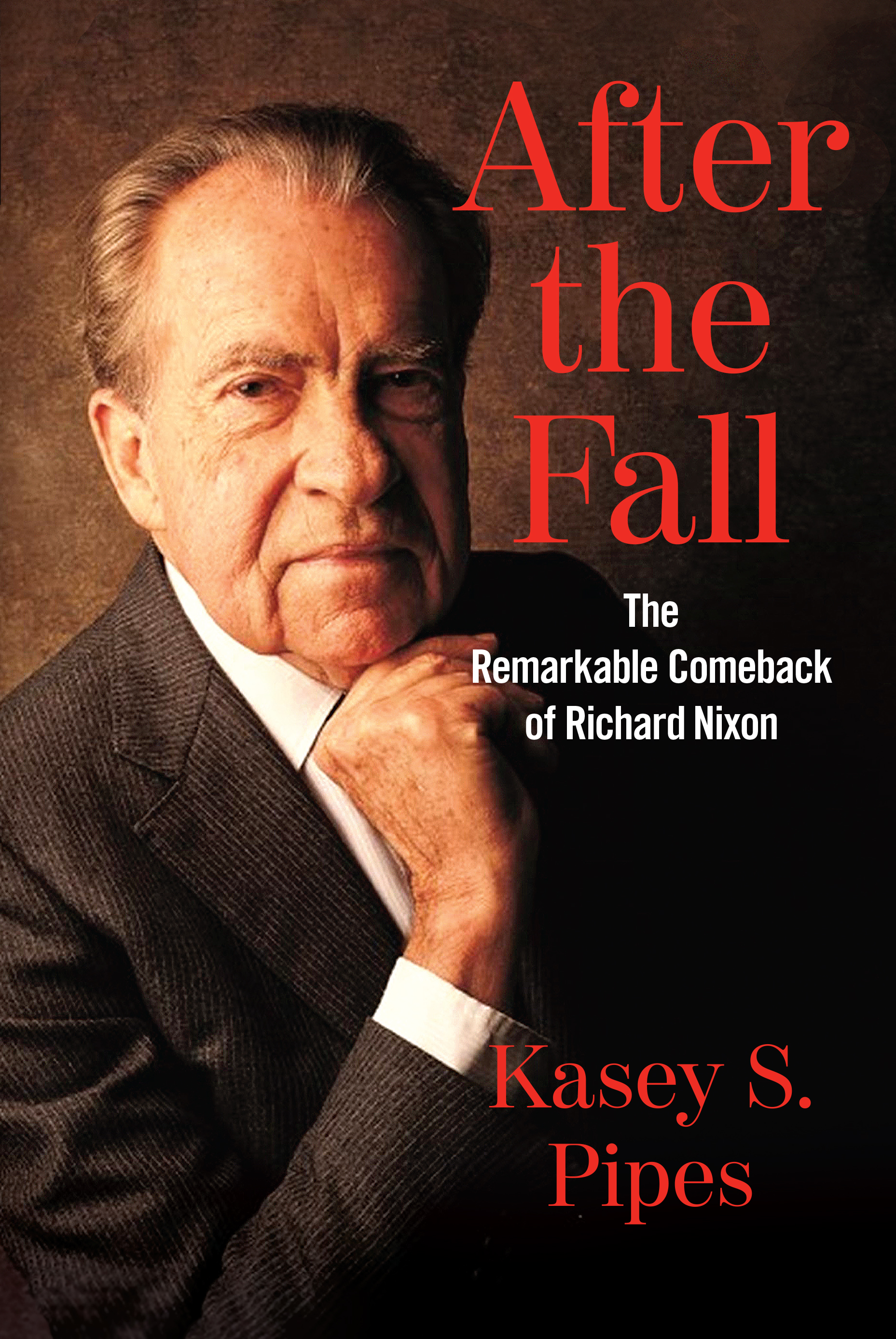 But Nixon worried that the U.S. “counter-force missile silos” could be vulnerable to a first strike from the Soviets, and thus believed that the U.S. had “no choice but to go forward with an SDI program” to at least protect these silos.

Nixon, as always, was playing a long game. He viewed the new Reagan policy as a tool to be used in negotiations down the road with the Soviets. And Reagan, perhaps taken aback by the negative reviews of his plans, sought out Nixon’s advice even more. Not long after first unveiling the SDI program to the nation, the president wrote to his friend and thanked him for his part in “alerting our nation to the steady, relentless nature of Soviet military expansion, and the need to devote more of our resources to defense.”

Major White House policy announcements never happen in a vacuum. And Reagan taking the initiative with SDI was in part a response to growing pressure on the president to meet with the Soviets. Reagan was willing to meet with Soviet leaders, but, he later joked, “they kept dying on me.” Nixon’s old rival Leonid Brezhnev died in 1982, followed by the brief tenures of Yuri Andropov and then of Konstantin Chernenko.

Still, as Nixon knew, the pressure on Reagan to meet with the Soviet leader would not relent. But Nixon did not think Reagan needed to rush into a summit meeting.

Nixon met privately with new National Security Advisor Bud McFarlane to discourage a “get acquainted” meeting. And he wrote directly to Reagan, warning, “Some well-intentioned advisors will urge you to agree to such a meeting because it will pull the teeth of the peace at any price groups and be reassuring to some of our jittery allies aboard.” That much was true, he conceded in his note to the president, “but only temporarily. Unless something substantive comes out, the effect of an atmospheric meeting wears off very quickly.”

Nixon believed that meeting for the sake of meeting made no sense. He continued this line of reasoning in his conversations with the national security advisor. He urged McFarlane to establish a meeting only once an agenda could be agreed upon. But one sticking point prevented that: SDI. The Soviets had reacted with outrage to Reagan’s proposal to expand the arms race into the skies. Reagan had expected this reaction. But he also wanted to meet with the Soviets.

Paradoxically, Reagan wanted to build a defense shield, but he also strongly favored eliminating entire classes of nuclear weapons. McFarlane was a perfect connection point for Nixon. The two men had been friends for years, and McFarlane welcomed advice from the elder statesman. Indeed, McFarlane often found himself frustrated by President Reagan, though he appreciated his many gifts. “Reagan,” he would famously say later, “knows so little but accomplishes so much.”

In Nixon, McFarlane found a sympathetic ear. The former president, too, had often been critical of Reagan but had always respected Reagan’s political gifts. And he sensed that Reagan might able to do something to help end the Cold War. In aid of that outcome, Nixon would continue to advise not only the president, but also his national security advisor.

“I often called him to talk about my frustrations,” McFarlane later remembered, “which could center on my relationships in the White House or most usually by difficulties in overcoming President Reagan’s inability to understand foreign policy.” Though he didn’t always share McFarlane’s harsh assessment of Reagan as a statesman, Nixon offered his friend much more than words of encouragement. “He would say, ‘Put it to him this way,’ or ‘Put it to him that way,’” McFarlane recalled. And when the national security advisor used Nixon’s phrasing with the president, “it often worked.”

That fall brought events that changed the equation in favor of Reagan’s position with the Soviets. On Sept. 1, 1983, Korean Air Lines Flight 007 left Anchorage, Alaska, on its way to Seoul, South Korea. The commercial flight had deviated slightly from its flight path and accidentally entered Soviet airspace. Soviet fighter planes soon tracked the plane and fired warning shots, which the Korean Air Lines pilots most likely never noticed. The Soviet pilots then destroyed the plane with air-to-air missiles. All 269 passengers and crew members were killed.

Initially, the Soviets denied any responsibility for the attack. But the evidence was overwhelming. Then the Kremlin claimed that the plane was on a spying missing. But the rest of the world was having none of it, and neither was the American president. Speaking from the Oval Office on the night of September 5, 1983, Reagan spoke bluntly of the tragedy: “Let me state as plainly as I can: There was absolutely no justification, either legal or moral, for what the Soviets did.” He contrasted the Soviets’ actions with those of other countries:

Is this a practice of other countries in the world? The answer is no. Commercial aircraft from the Soviet Union and Cuba on a number of occasions have flown over sensitive United States military facilities. They weren’t shot down. We and other civilized countries believe in the tradition of offering help to mariners and pilots who are lost or in distress on the sea or in the air. We believe in following procedures to prevent a tragedy, not to provoke one.

In that speech, Reagan never used the phrase “evil empire.” But he didn’t need to. The Soviets had proven Reagan’s point with their actions. No one could doubt that they could not be trusted. And that was the very reason Reagan was pushing for a defensive system.

Other consequences flowed from this incident. Eventually the Reagan administration pushed for the commercialization of Global Positioning Satellite (GPS) technology so that other planes would not drift off course. But perhaps the most prominent side effect of the KAL 007 tragedy was that it strengthened Reagan’s hand going into an election year. The economy had already begun to respond to his tax cut package and was growing again. Now the American public could also see that a strong hand was needed in the White House to deal with foreign events.

As 1983 neared its end, Democrats were lining up to run against Reagan. The fate of American foreign policy would depend on the outcome of the 1984 election. Reagan privately told aides he wasn’t sure he should run. But his friend in Saddle River, New Jersey, was quite sure. America, Nixon believed, needed Reagan. And he was prepared, once again, to do his part to help Reagan win at the polls.

Kasey S. Pipes (@KSPipes) served as an aide to President George W. Bush and California Gov. Arnold Schwarzenegger. This column is excerpted from his new book, “After the Fall: The Remarkable Comeback of Richard Nixon.” (Regnery History; July 23, 2019).