White police officers are not more likely to shoot minorities than their non-white counterparts, according to a new study.

The “systematic nationwide study” from MSU and University of Maryland — described as the first of its kind — debunks the commonly-held belief that white police officers unfairly target black and brown citizens in use of lethal force. A flurry of media reports over the span of a few years and the efforts of two major media outlets, the UK’s Guardian and the Washington Post, roiled both the nation and the political theater. (RELATED: NYPD Cops Doused With Water, Struck In String Of Assaults — Officer Unions Are Infuriated) 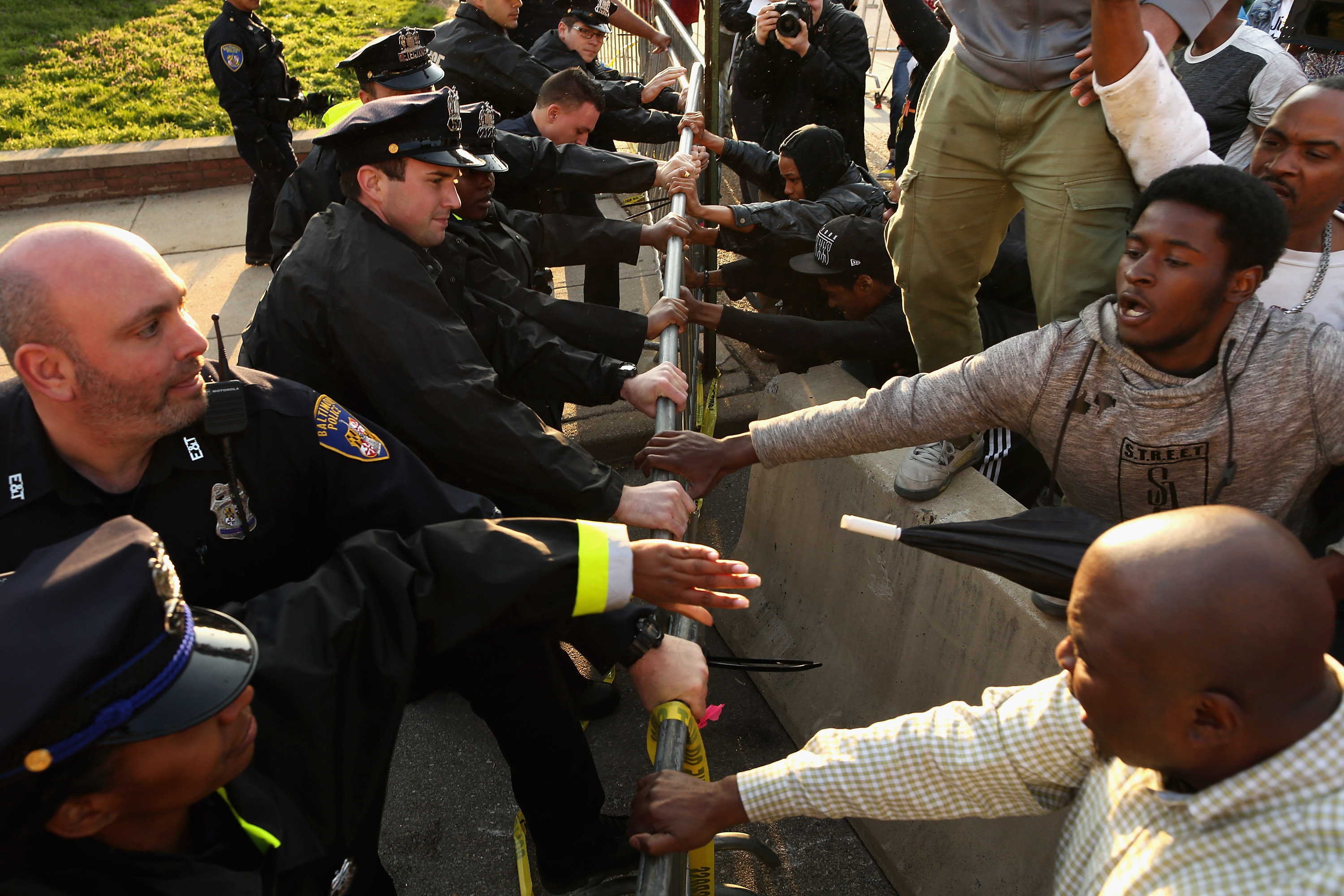 BALTIMORE, MD – APRIL 22: Demonstrators and police officers wrestle over a metal barricade during a protest against police brutality and the death of Freddie Gray outside the Baltimore Police Western District station in the Sandtown neighborhood April 22, 2015 in Baltimore, Maryland.  Chip Somodevilla/Getty Images

The findings of the study are published in the Proceedings of the National Academy of Sciences (PNAS), incorporating data about every officer-involved shooting since 2015. Researchers collected the age, sex, race and experience level of each officer who was found to have shot a suspect.

“We found that the race of the officer doesn’t matter when it comes to predicting whether black or white citizens are shot,” Dr. Cesario said.

The study also found that diversifying police forces with members of certain minority communities has no effect on decreasing minority shootings. 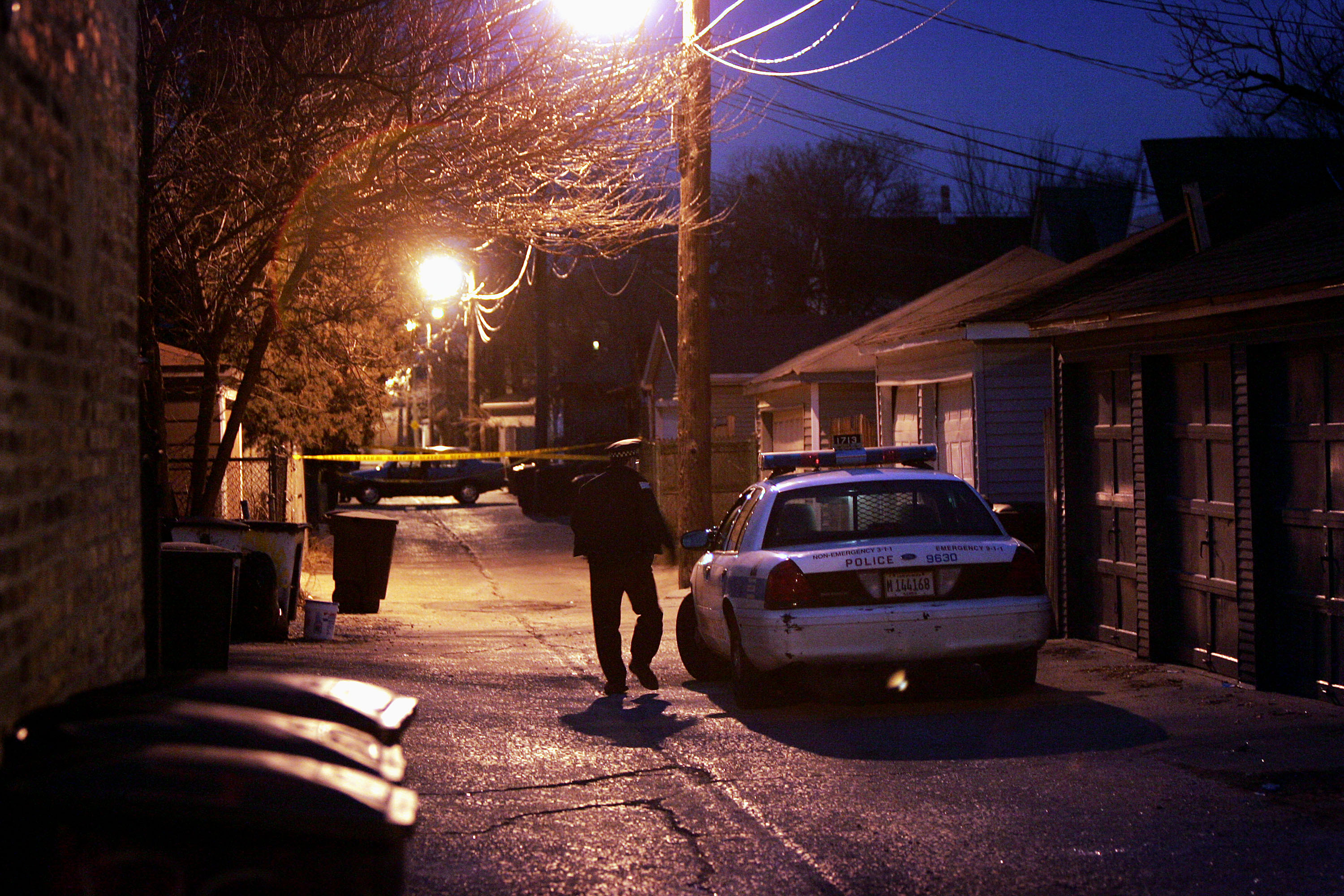 CHICAGO – MARCH 10: Chicago Police secure the area around a residence on the city’s northwest side believed to be the home of suspected murderer Bart Ross March 10, 2005 in Chicago, Illinois. Scott Olson/Getty Images

The public treatment of law enforcement officers has deteriorated over the past couple of years with slogans like “Pigs in a blanket” and “fry ’em like bacon” becoming popularized in anti-police brutality protests.

A large gathering of people openly assaulted two NYPD police officers on Monday with empty buckets and water. The encounter was captured on camera.

The DISRESPECT NYPD Officers are faced with today is DISGUSTING.
They are afraid to take action due to fear of public backlash and because NYC Mayor Bill De Blowsio will throw them under the bus! pic.twitter.com/zXIPmbfVwz

During the second Democratic presidential debate, candidate Pete Buttigieg was asked to account for a police shooting in South Bend, Indiana, where he is still the sitting mayor. “All police work and all of American life takes place in the shadow of racism,” he responded.

Similar research in years past has echoed some of the findings found in Dr. Cesario’s report. A study from Harvard conducted back in 2016 showed that police may have gotten physical with minorities more often but were more likely to discharge their weapons “without provocation” at white suspects.

During the height of tensions regarding the Ferguson, Missouri shooting of Michael Brown, New York Times Public Editor, Margaret Sullivan, apologized for defending the myth that the teen had held his hands up before he was shot by a police officer.

“My post accused The Times of false balance,” said Sullivan. “In retrospect, it’s clear to me that including that information wasn’t false balance. It was an effort to get both sides.”