Federal prosecutors in Virginia laid out disturbing new child sex crime allegations against a key witness in the special counsel’s investigation, including that he pimped underage boys and groomed them for sex.

Prosecutors also said that Nader co-conspirators are under FBI investigation for exploitation of underage boys. The latest filing does not identify Nader’s alleged co-conspirators by name. Instead, prosecutors used their initials: M.Z., A.O., K.K., Y.N. and E.H.M.

Virginia prosecutors provided the new details of Nader’s alleged activities in a court filing arguing that the 60-year-old consultant should remain in jail until trial on a slew of child sex abuse charges.

Virginia prosecutors indicted Nader under seal in April 2018 on child pornography charges. They indicted him again on July 3 on charges that he transported child pornography and trafficked an underage boy from Europe to the U.S. for purposes of sex. Nader is accused of bringing a 14-year-old boy from the Czech Republic to the U.S. for sex in 2000.

Prosecutors said that Nader has “a thirty-year history of using his international influence and wealth to obtain minor boys for sex and an unrelenting interest in images of minor boys engaged in sexually explicit conduct.”

“In the 1990s and 2000s, Defendant traveled frequently to Europe, where he engaged the services of a pimp who introduced him to numerous vulnerable minor boys whom Defendant paid for sex,” they said.

Prosecutors also alleged that Nader “routinely had sex with minors, paying the minors with cash or gifts of clothing, mobile phones.”

Judge Leonie Brinkema declined to release Nader from jail before his trial, The Washington Post reported.

Nader has shown a “persistent interest” in “seeking, grooming, and rewarding children for sexual conduct with adult men,” prosecutors continued. Nader and a co-conspirator groomed one boy for more than two years, from Dec. 21, 2006 through Feb. 23, 2009, they said. 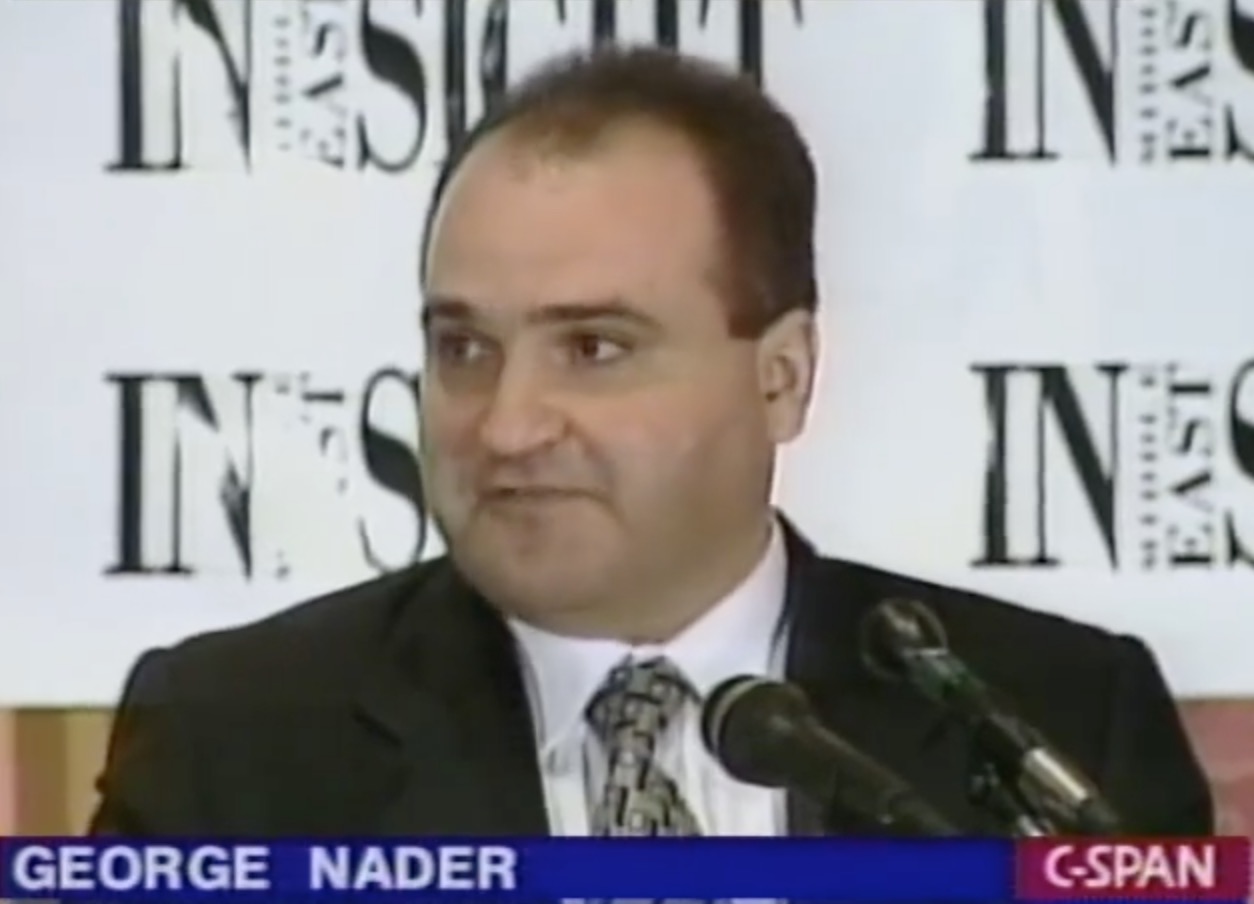 To hide his illicit activities, Nader oftentimes allegedly added 10 years to the ages of boys he discussed with co-conspirators and referred to them as “girls.”

Nader responded approvingly to the graphic images, they alleged. In response to a video of a boy having sex with a goat, Nader sent the sender a message with thumbs-up emojis and one with a grinning face.

After receiving a video of a “goat sucking on the genitals of a minor boy,” Nader replied with five “smiling face crying tears of joy” emojis.

Despite his sordid history, Nader was able to rub shoulders with major international figures, including the UAE crown prince. He also made inroads to the Trump orbit. He met in August 2016 at Trump Tower with Donald Trump Jr. and in December 2016 with Jared Kushner and Michael Flynn.

Search warrants unsealed on July 19 in the Nader investigation showed that prosecutors obtained a search warrant for Nader’s phones on Nov. 30, 2017, earlier than previously known. The warrant was for an investigation — possibly the special counsel’s probe — that was not related to Nader’s sex crimes.

Authorities detained Nader on Jan. 17, 2018 while he was traveling back to the U.S. The special counsel’s office interviewed him multiple times over the next several days. An FBI search of Nader’s phones in February 2018 turned up 14 sexually explicit videos of children between 3 and 14 years old being sexually abused.

Prosecutors cited several reasons that make Nader a flight risk: his dual citizenship, penchant for traveling overseas, wealth ($3 million net worth) and links to leaders in the Middle East.

Prosecutors also said Nader used his position of power to prey on his victims and their families. They claim that after one boy arrived in the U.S. after obtaining a visa arranged by Nader, Nader took his passport and refused to let him leave when he asked. Nader would also allegedly not let the boy call his mother and threatened to have her put in jail if he told anyone about the abuse.

“Tragically, the story of Minor Boy 1 is consistent with the accounts of other minor boys of which the government is aware Defendant and/or unindicted co-conspirators sexually exploited or attempted to groom (or help groom),” prosecutors said.

Nader pleaded not guilty on July 19. His trial is set for Sept. 30.