New York City Police arrested a suspect Wednesday in connection with the set of viral videos taken over the weekend showing NYPD officers being doused with water.

Officers apprehended a 28-year-old Courtney Thomas — described as a “known gang member” — allegedly involved in the one of the two videos, showing cops soaked with water while making arrests in Harlem and Brooklyn, according to a statement from NYPD Chief Terrence Monahan. He is charged with obstruction, criminal nuisance, tampering, disorderly conduct and harassment.

“Actions like we’ve seen in videos recently will NEVER be tolerated in this city. YOU WILL BE ARRESTED,” Monahan said on Twitter. (RELATED: NYPD Cops Doused With Water, Struck In String Of Attacks — Officer Unions Are Infuriated)

UPDATE: The 28-year-old man, a known gang member, who was wanted for dumping a bucket of water on our @NYPD73Pct cop in #Brooklyn has been arrested. Actions like we’ve seen in videos recently will NEVER be tolerated in this city. YOU WILL BE ARRESTED. pic.twitter.com/RXNGXa0KOo

UPDATE: The individual wanted for dumping a bucket of water on an NYPD police officer in Brooklyn has been APPREHENDED. pic.twitter.com/1o4ZCXpGfW

NYPD released images of three individuals wanted in connection with the water incidents Tuesday, urging the public to come forward with information. The suspects fled in unknown directions, the NYPD told the DCNF in a statement. 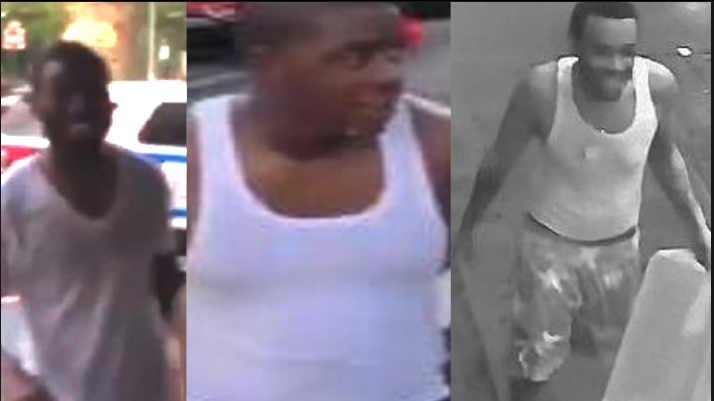 The NYPD has refused to provide a mugshot of the arrestee, and would not comment if he is among those pictured above in a phone call with the DCNF. Officers are still looking for the other suspects.