The Justice Department said Tuesday it will not levy charges against the New York City police officer responsible for the death of Eric Garner whose last words — “I can’t breathe” — became a rallying call for the Black Lives Matter movement.

Police confronted 43-year-old Garner — a black man ⁠— in July 2014 when he was alleged to have sold cigarettes individually — a crime in the New York City area. Garner died while officers attempted to place him under arrest in what became a viral video, throttling anti-cop sentiment in the country, USA Today reported.

Daniel Pantaleo is the officer credited with an alleged chokehold that may have possibly led to Garner’s death. A Staten Island grand jury declined to indict him in December 2014, The Associated Press reported.

Obama-era U.S. Attorney General Eric Holder commenced a civil rights investigation on the same day of the jury verdict. The investigation did not yield a conviction in its five-year span. 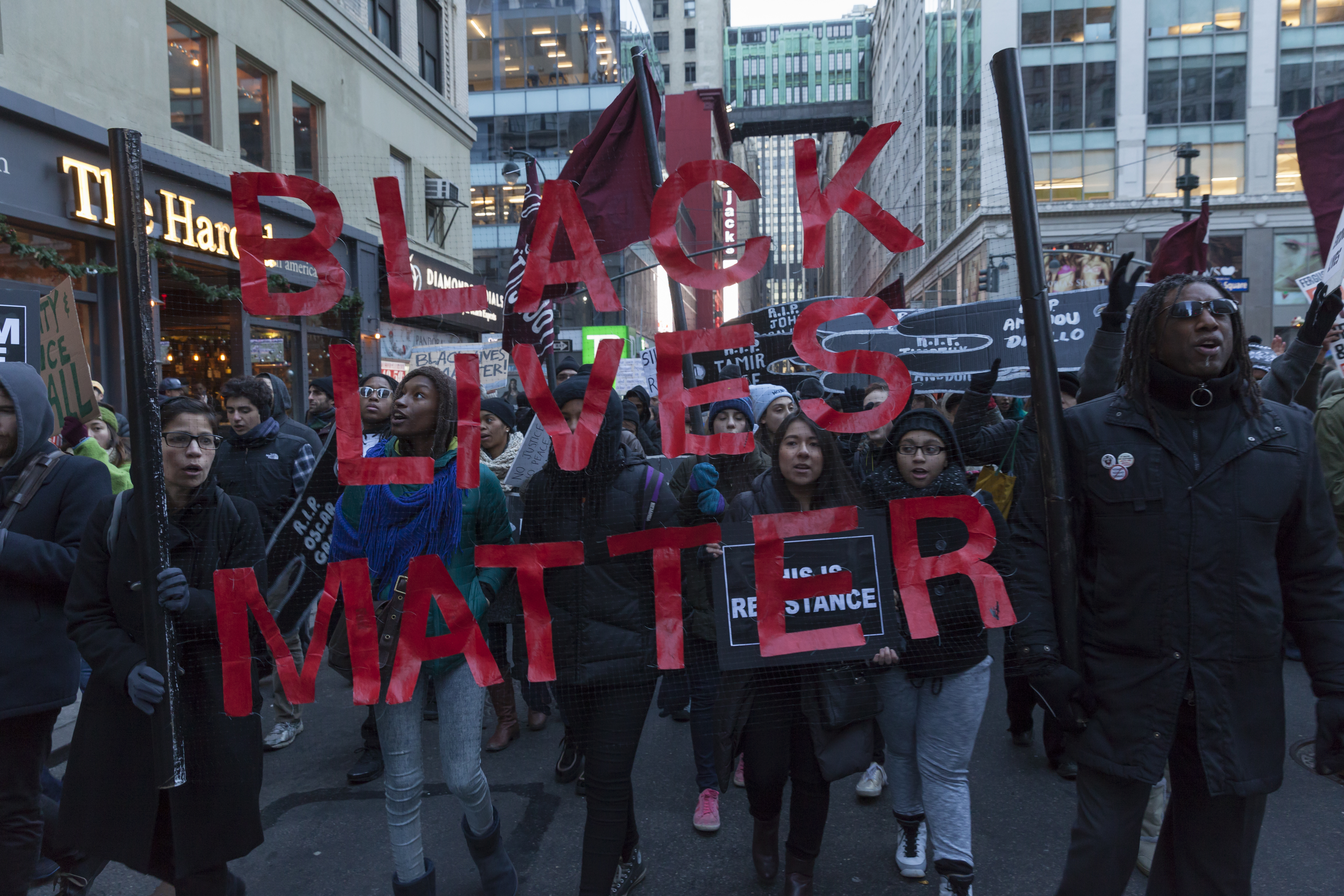 Protesters march against police brutality and a grand jury decision on Eric Garner case on Broadway and 32nd Street in New York in 2014. (Shutterstock)

Two New York City Police Department officers were gunned down in their patrol car in December 2014 ⁠— the gunman echoing sentiments of revenge for Garner’s death.