The Democrats said they need the grand jury information in order to better inform the lower chamber about impeaching President Donald Trump. Mueller‘s 22-month investigation found that there was Russian interference in the 2016 election, but did not definitively determine if Trump had attempted to obstruct the investigation.

“In the most formal and official way a committee can, we have just given notice that we are actively considering articles of impeachment,” one House Judiciary counsel said, according to Time. “That is as serious a step as we can take at this time.” (RELATED: Judge Extends Mueller Grand Jury)

Grand jury information is usually kept private, but exceptions can be made to release the information if they are needed for judicial proceedings. Democrats are arguing that this information is needed to help with potentially impeaching Trump, which they allege would fall under one of those exceptions, according to Time. 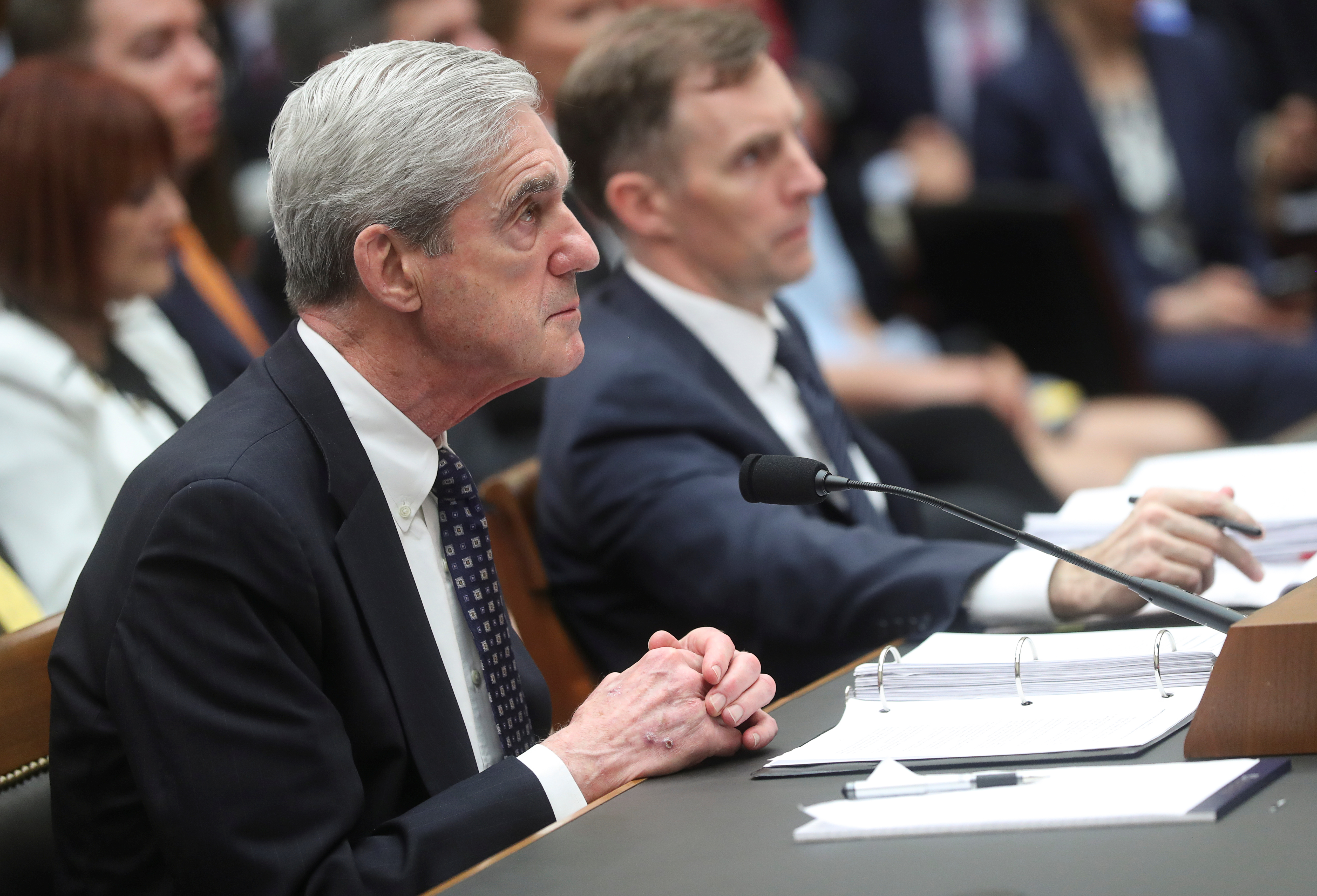 Former Special Counsel Robert Mueller testifies next to Aaron Zebley, his counsel and longtime aide at the FBI, during a House Intelligence Committee hearing on the Office of Special Counsel’s investigation into Russian Interference in the 2016 Presidential Election. (REUTERS/Jonathan Ernst)

“This Court is authorized to disclose these materials pursuant to Rule 6(e)(3)(E) because the Committee seeks to use them ‘preliminarily to or in connection with a judicial proceeding,'” the filing reads. “The D.C. Circuit has construed that provision to apply where, as here, this Committee is conducting an investigation to determine whether to recommend articles of impeachment.”

The lawsuit suggests that there is active consideration about introducing articles of impeachment, according to CNN. It also shows an escalation into the investigation into Trump.

Democrats said that Mueller’s seven hours of testimony Wednesday indicate that there was criminal conduct by Trump. Over 100 House members have come out publicly to say that they support impeachment, CNN reported.