Democratic presidential contender and California Sen. Kamala Harris released her Medicare for all plan Monday ahead of the second round of Democratic debates scheduled for Tuesday and Wednesday.

Harris seemingly walked back her support for eliminating the entire private health insurance market after saying she misinterpreted a question at the first round of Democratic debates in June.

Her Medicare for all plan is less extreme than that of her presidential rival, Sen. Bernie Sanders. Harris is signed onto Sanders’ Medicare for all plan in the Senate but used her new proposal to take aim at how the Vermont Independent plans to pay for a government-run health care system. (RELATED: Harris Goes After Barr For Reinstating Federal Death Penalty)

“[O]ne of Senator Sanders’ options is to tax households making above $29,000 an additional 4% income-based premium. I believe this hits the middle class too hard. That’s why I propose that we exempt households making below $100,000, along with a higher income threshold for middle-class families living in high-cost areas. To pay for this specific change, I would tax Wall Street stock trades,” Harris wrote in her plan. 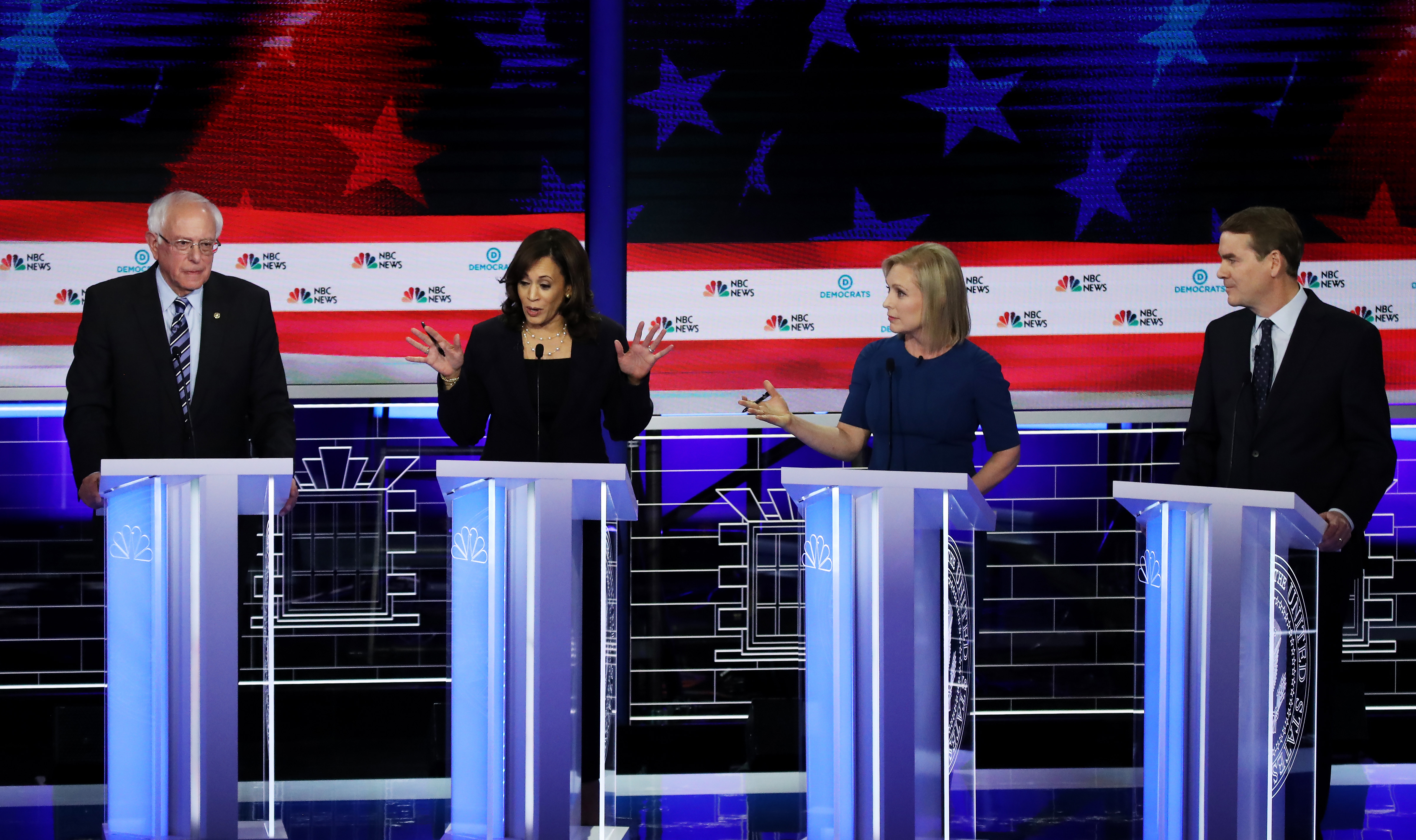 Harris said she could raise “well over $2 trillion over 10 years” by taxing Wall Street stock trades at 0.2 percent, bond trades at 0.1 percent and derivative transactions at 0.002 percent. She would also seek to tax offshore corporate income at the same rate as domestic corporate income.

Her plan includes a 10-year phase-in period, longer than Sanders’ four-year phase-in, according to NBC News. It’s unclear whether Harris’ plan includes undocumented immigrants in the “uninsured” category of people who would be automatically enrolled in Medicare. Sanders’ plan would cover millions of illegal immigrants, he said in June.

Harris is trailing Sanders by about three points, according to the RealClear Politics poll average.