We all have different ways of settling arguments, in Randy Schiffbauer’s case, he apparently decided to steal a bulldozer and crash it into the person’s porch.

Randy Schiffbauer, 22 years old, was arrested and charged with felony theft and criminal damaging on July 5. After getting into an argument with another person, Schiffbauer allegedly stole a bulldozer and drove it onto a person’s porch, damaging the porch, a car and a chain-linked fence, in Akron, Ohio, according to The Columbus Dispatch (RELATED: LFL Coach Sidney Lewis Throws Chair During Argument) 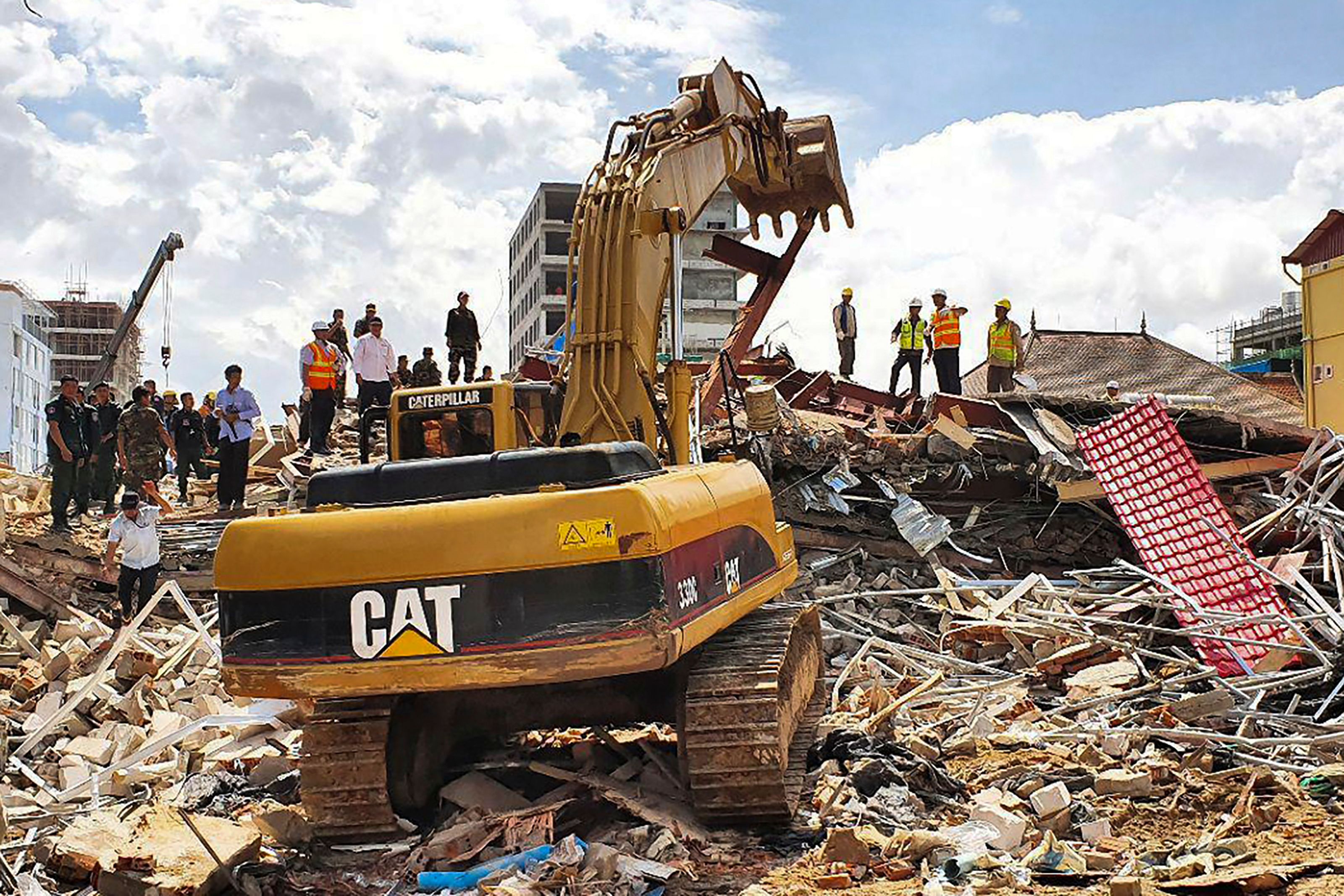 Rescue workers use an earthmover to clear debris after an under-construction building collapsed in Sihanoukville June 22, 2109. – At least three people died when an under-construction building collapsed in a Cambodian beach resort early on June 22, officials said, with fears dozens more may be buried in the rubble. (Photo by LY LAY/AFP/Getty Images)

The neighbor who called 911 told the dispatcher she thought it was a “tractor” and that it just “ran over a car” and went onto the neighbor’s porch.

The bulldozer was stolen from a local construction site. Schiffbauer drove away with the bulldozer before the police made it on the scene.  Police later found the bulldozer abandoned.

Schiffbauer was charged last week, according to The Associated Press.