More than a dozen United Nations workers in Yemen are under investigation for allegedly embezzling millions of dollars of humanitarian aid in the war-torn nation, according to a Monday Associated Press report.

The World Health Organization (WHO) conducted an internal investigation, drawing attention to unqualified people being paid excessively, the use of personal bank accounts for donated funds, suspicious contracts and the disappearance of essentials like food and medicine. UNICEF, another U.N. organization, is alleging one of their own may have protected a rebel leader, according to the AP report citing information from eight anonymous aid workers.

Houthi rebels from northern Yemen allegedly seized laptops and evidence from U.N. officials in 2018 as they were about to depart the country from an airport, according to six former and current aid officials. 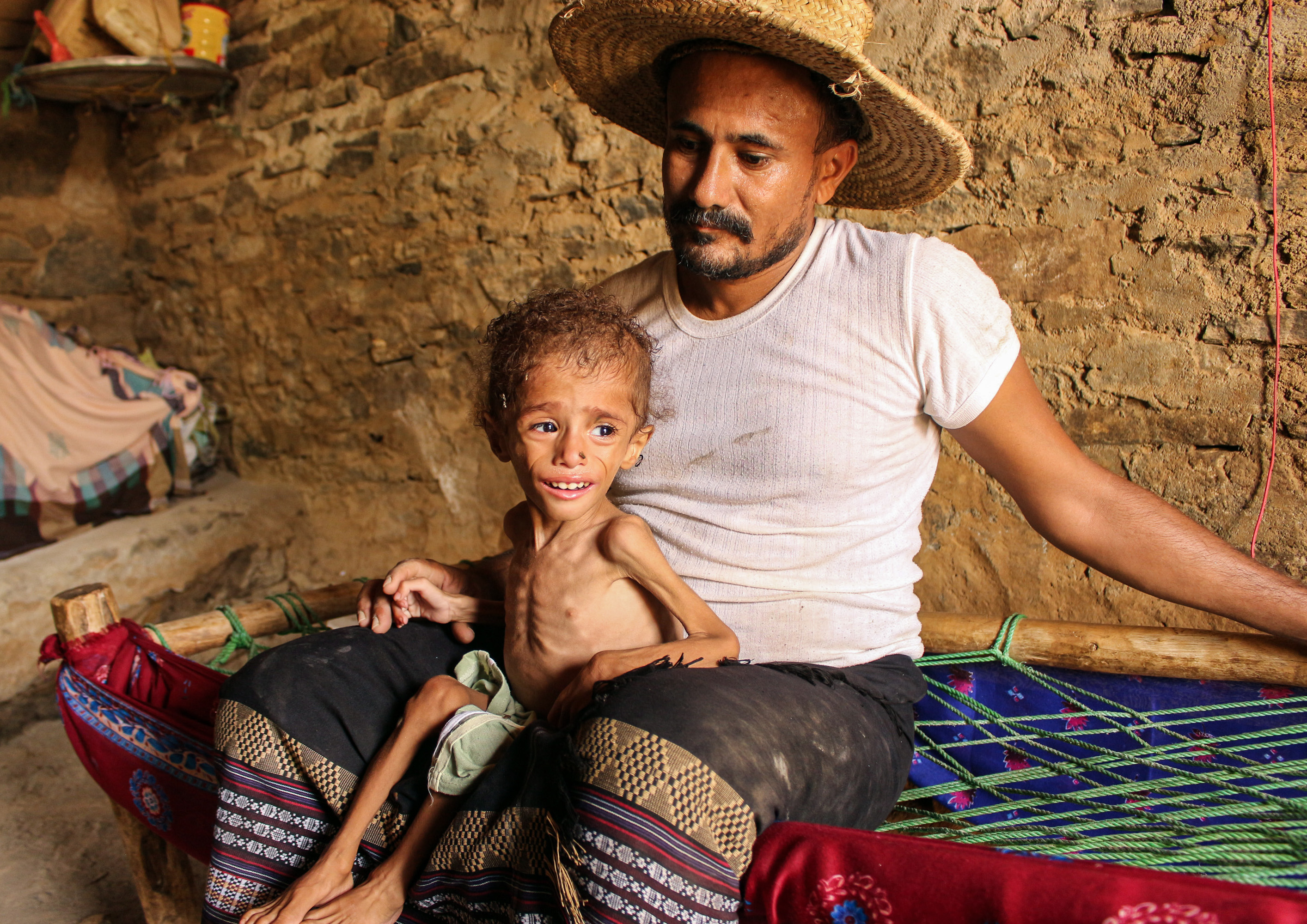 EDITORS NOTE: Graphic content / Moaz Ali Mohammed, a two-year-old Yemeni boy from an impoverished family in the Bani Amer region, who suffers from acute malnutrition and weighing eight kilograms, sits on his father’s lap at their house in the Aslam district in the northern Hajjah province on July 28, 2019. – The boy’s impoverished family reportedly cannot afford to transport him for treatment at the nearest malnutrition-treatment centre, about 30 kilometres away from their home. (Photo by ESSA AHMED/AFP)

Yemen is currently the poorest nation in the Middle East with one of the worst humanitarian conflicts in the world, a World Bank report details. (RELATED: Red Cross: Saudi Coalition Airstrikes Kill ‘Scores’ Of Civilians In Yemen)

Chief of the U.N.’s Sanaa Office, Italian Nevio Zagaria, was alleged to have misappropriated U.N. finances, jumpstarting a reported probe in November. Six U.N. current and former employees. who requested anonymity, affirmed his tenure was “riddled with corruption and nepotism,” according to AP.

Zagaria reportedly brought in junior staffers and promoted them to extremely lucrative roles for which they were not qualified. It’s also alleged that two highly paid senior staffers were tasked with the sole responsibility of taking care of Zagaria’s dog.

It is estimated that around $2 billion in aid traversed the Yemeni border in 2018, and one particular agency has taken notice of a paper trail that doesn’t quite seem to add up. The “Where Is The Money?” campaign formed about three months ago to demand answers from the U.N. on where the cash is headed.

“We see big numbers, billions of dollars reaching Yemen, and we don’t know where they go,” Feda Yahia, a “Where is the Money?” activist, said in a video for the campaign.

Zagaria’s spending wasn’t required to be itemized. Chunks of $1 million a piece were carved out of the budget for certain staffers, and a lot of the time, U.N. officials couldn’t determine for what or why the money was withdrawn, according to uncovered documents released to AP.

“Incompetent staff with heavy salaries” undermined the quality of work and monitoring of projects and created “many loopholes for corruption,” a former aid official said, according to AP.

WHO spokesman Tarik Jasarevic confirmed that the investigation is ongoing.

“The Office of Internal Oversight Services is currently investigating all concerns raised,” he said. “We must respect the confidentiality of this process and are unable go into details on specific concerns.”