A woman who said she briefly dated the Dayton, Ohio, shooter in early 2019 said he gave her a “play-by-play” of the Pittsburgh synagogue shooting during their first date.

Adelia Johnson wrote in a Medium article Tuesday that she and Connor Betts were having drinks at a bar in Beavercreek, Ohio, in March when he asked if she had ever seen the footage of the October 2018 shooting at the Tree of Life synagogue that left 11 dead.

“He pulled out his phone and I was too drunk to care that I was watching it. Thankfully the bar was too loud for me to hear what was going on,” Johnson wrote. “Connor gave me the play-by-play of what was happening.”

Johnson, who describes herself as polyamorous, also recounted her open relationship with Betts to The Associated Press and The Toledo Blade.

Johnson said she realized Betts’ conduct was “a weird thing for a first date,” but not too weird given that they took a social psychology class at Sinclair College together where serial killers were often discussed.

The incident was just one of at least three red flags Johnson said Betts raised during their two-month relationship. (Dayton Shooter’s Now-Suspended Twitter Appears To Have Had Pro-Antifa, Pro-Gun Control Comments) 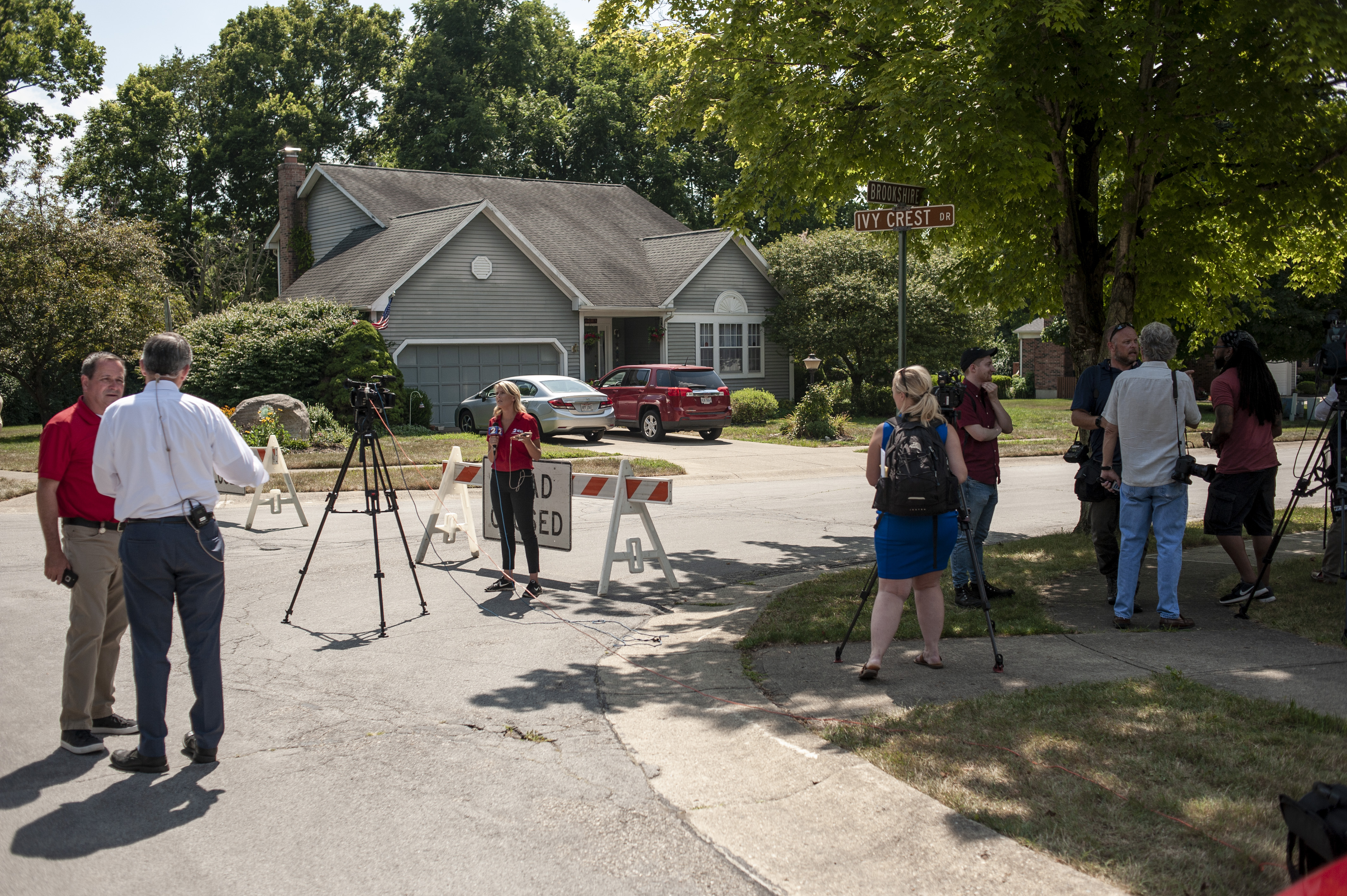 Media crews gather near the street where the suspect in a mass shooting is believed to have a residence on Aug. 4, 2019, in Bellbrook, Ohio. (Photo by Matthew Hatcher/Getty Images)

Johnson described a call she received from a drunken Betts in March or April where he said he “wanted to hurt a lot of people.”

“He didn’t have any specific plans,” Johnson said. “I wrote it off as being a sad, drunk man who was afflicted by unchecked symptoms of mental illness.”

The final red flag came in May when Johnson said Betts took her to his ex-girlfriend’s house so he could drop off a disturbing anonymous letter.

“I asked to read the letter,” she said. “I don’t remember the exact words, but it was something to the effect of ‘Welcome to the neighborhood. You can’t outrun your past. Signed, Your Neighbor.'”

“I knew then that I had to break things off with him,” Johnson wrote.

Betts was once expelled from school when it was discovered he had compiled a list of people he wanted rape, kill and skin their bodies, according to Dayton 24/7 Now.

Johnson provided The Toledo Blade a screenshot of a text message she sent to her friends following her breakup from Betts in which she said she was “scared that he might try to hurt me or stalk me.”

Johnson said in the text messages that Betts did nothing to her directly, “but the kinds of things that he says not directed toward me is spooky.”

Johnson said she doesn’t know what Betts’ motivation was to kill his sister and eight others, but she said she’s confident his actions didn’t constitute a hate crime.

“He fought for equality,” she said. “This wasn’t a crime of passion. He didn’t get passionate enough. This wasn’t very premeditated. He wasn’t a thorough planner.”