The Trump administration asked a federal panel to revoke the exclusive right of a public sector union to represent immigration judges in collective bargaining Friday.

The union, the National Association of Immigration Judges (NAIJ), has been at odds with the administration over substantive policy directives and the independence of the immigration courts.

Federal law defines management officials as “any individual employed by an agency in a position the duties and responsibilities of which require or authorize the individual to formulate, determine, or influence the policies of the agency.” The Department of Justice told the Federal Labor Relations Authority (FLRA) that immigration judges qualify as management officials and therefore cannot be members of a bargaining unit.

“It appears that this is the same tactics that the department used many years ago unsuccessfully in an effort to destroy the effectiveness of the union,” the NAIJ president, Judge Ashley Tabaddor, told BuzzFeed News.

The immigration courts are housed in the Justice Department in the Executive Office of Immigration Review (EOIR) under the authority of the attorney general. The NAIJ has publicly objected to the government’s efforts to speed deportations and otherwise streamline the immigration system.

Tabaddor said the attorney general had “sped up the process in the guise of trying to attack the backlog,” in a July interview with NPR. (RELATED: Second Amendment Looms Over Supreme Court After Back-To-Back Massacres) 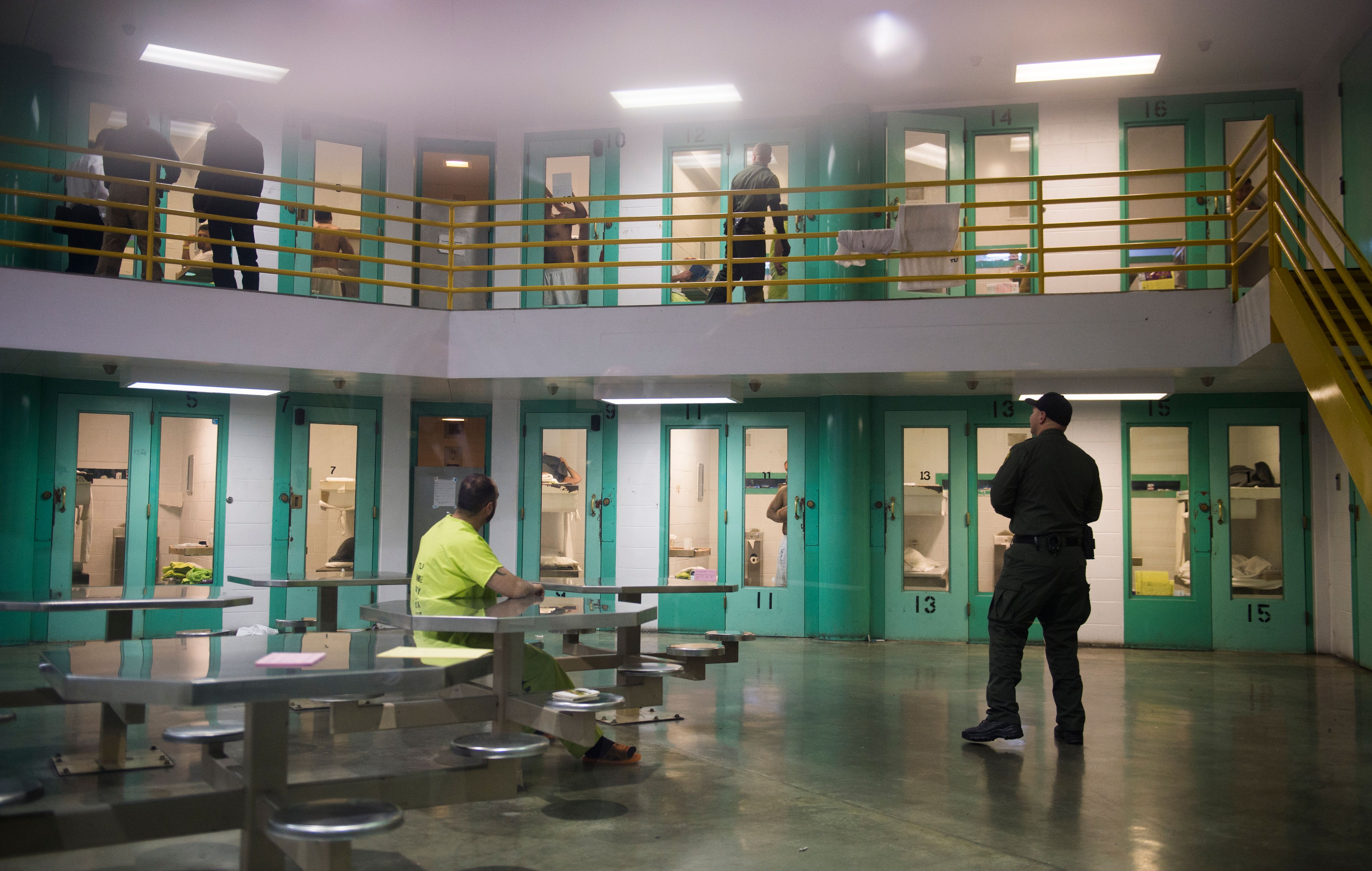 A sheriff’s deputy (R) talks to an immigration detainee (L) in a high security housing unit at the Theo Lacy Facility on March 14, 2017 in Orange, California. (Robyn Beck/AFP/Getty Images)

“Speeding up the process really places the judge in a very untenable position of having to uphold his or her oath of office while being worried about whether they’re meeting quotas and deadlines,” Tabaddor said. Elsewhere in the interview, she criticized President Donald Trump’s “Remain in Mexico” policy for certain asylum seekers and said the immigration courts should be removed from the Justice Department.

The union has highlighted criticism of administrative directives to the immigration courts, promoting opinion columns from a former immigration judge and actress Angelina Jolie panning the government’s “relentless attacks against immigrants and the immigration system” and calling for immigration courts to be “independent and free from external influence, so that cases can be fairly, efficiently and impartially decided under the law.”

After complaints are filed with the FLRA, the matter is assigned to a regional director, who generally conducts an investigation with the assistance of staff attorneys. That inquiry includes interviews with each party, the collection of work product, and the submission of factual and legal arguments, according to a DOJ spokesperson.

The regional director can make a decision at the stage or convene a formal hearing to further develop the facts relevant to a dispute. The director’s decision is appealable to the full FLRA.