“There are absolutely no victors here today,” O’Neill said. “Today is a day of reckoning but can also be a day of reconciliation.”

Pantaleo, 34, was put on desk duty after being accused of using a chokehold when arresting 43-year-old Garner in 2014.

Garner reportedly died after saying, “I can’t breathe,” eleven times as Pantaleo performed a chokehold on him, which is a tactic the NYPD does not allow, according to CNN. (RELATED: ‘I Can’t Breathe’: No Federal Charges For NYPD Officer After Eric Garner’s Death)

Video footage reveals a motionless Garner lying on the ground after Pantaleo performed the chokehold, and police said Garner had a heart attack and died on the way to a nearby hospital. Garner’s death was ruled a homicide. 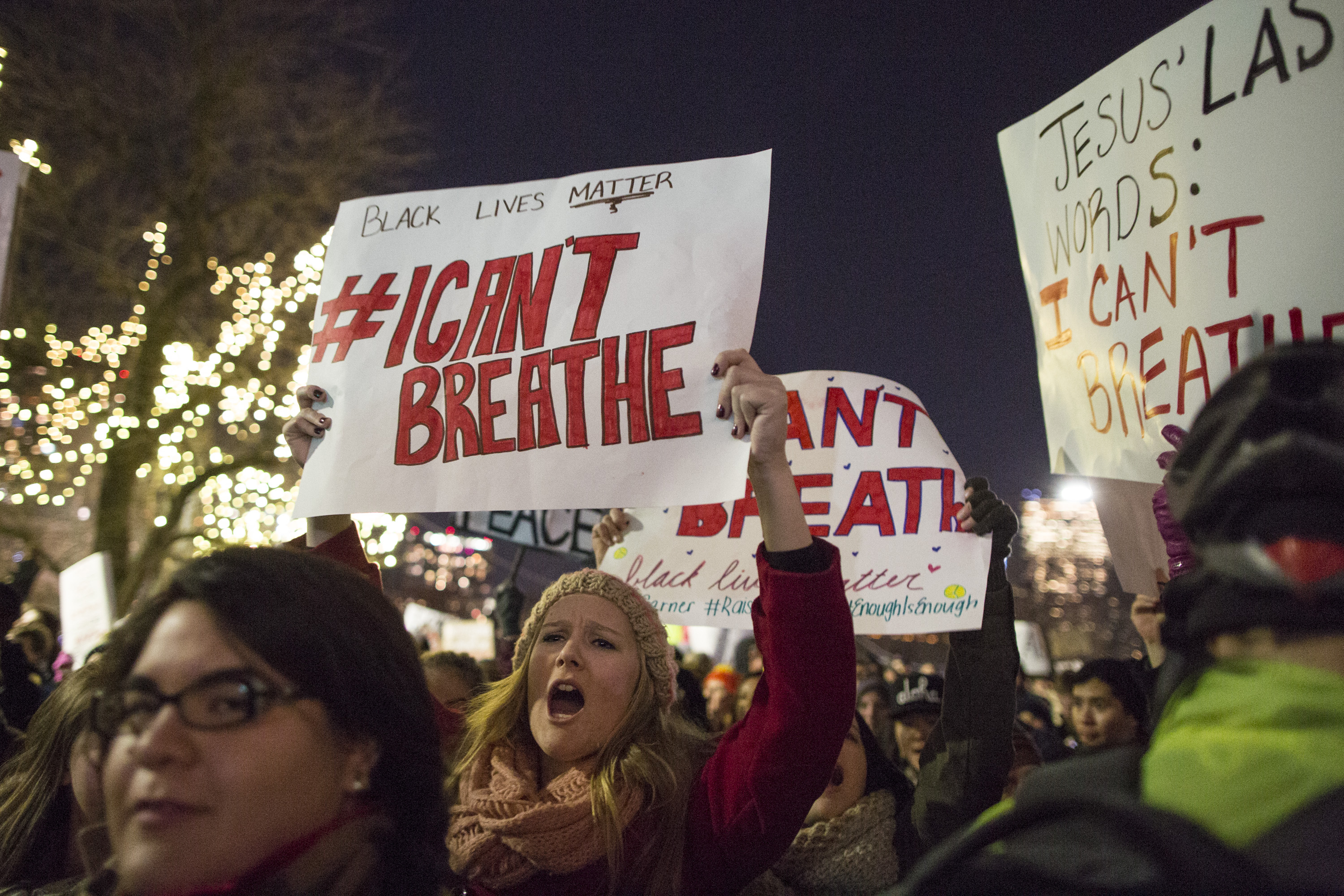 Protesters march while chanting and holding signs during a protest against the decision by a Staten Island grand jury not to indict a police officer who used a chokehold in the death of Eric Garner in July, on Dec. 4, 2014 in Boston, Massachusetts. (Photo by Scott Eisen/Getty Images)

“It was an extremely difficult decision,” O’Neill said Monday, adding that some police officers might be angered by the decision. “I’ve been a cop for a long time. If I was still a cop, I’d probably be mad at me.”

Pantaleo’s lawyer Stuart London had argued firing Pantaleo would be unjust and that Pantaleo had not violated police procedures.

“He acted the way he was taught to act,” London said, according to The Washington Post. “If you call this reckless assault then almost any arrest would be reckless assault.”

The New York Police Benevolent Association decried the decision in a statement, saying, “Police Commissioner O’Neill has made his choice: he has chosen politics and his own self-interest over the police officers he claims to lead.”

“He has chosen to cringe in fear of the anti-police extremists rather than standing up for New Yorkers who want a functioning police department with cops who are empowered to protect them and their families,” the statement continued.