Former NYPD officer Daniel Pantaleo is suing Commissioner James O’Neill in an effort to get his job back after being fired Monday following the 2014 chokehold death of Eric Garner, his lawyer said.

Pantaleo’s firing was announced Monday in a press conference by O’Neill. The 34-year-old had been on desk duty after being accused of using an illegal chokehold while arresting Garner, a 43-year-old black man, which resulted in his death in 2014. Garner’s death was ruled a homicide.

“Obviously he is disappointed, upset,” Stuart London, Pantaleo’s lawyer, said about Pantaleo’s reaction to the firing, CNN reported. “But he has a lot of strength.” (RELATED: Police Labor Union: De Blasio’s Public Remarks On Race Contributed To Assassination Of Three Officers)

Pantaleo will be filing an Article 78 in court to appeal the termination. The former NYPD officer found out about 13 minutes before the press conference that he was fired, London said.

Article 78 allows for people to appeal government officials’ decisions for being “arbitrary and capricious,” the New York Post reported. Pantaleo could get his job back and be awarded damages for lost wages if he wins in court. 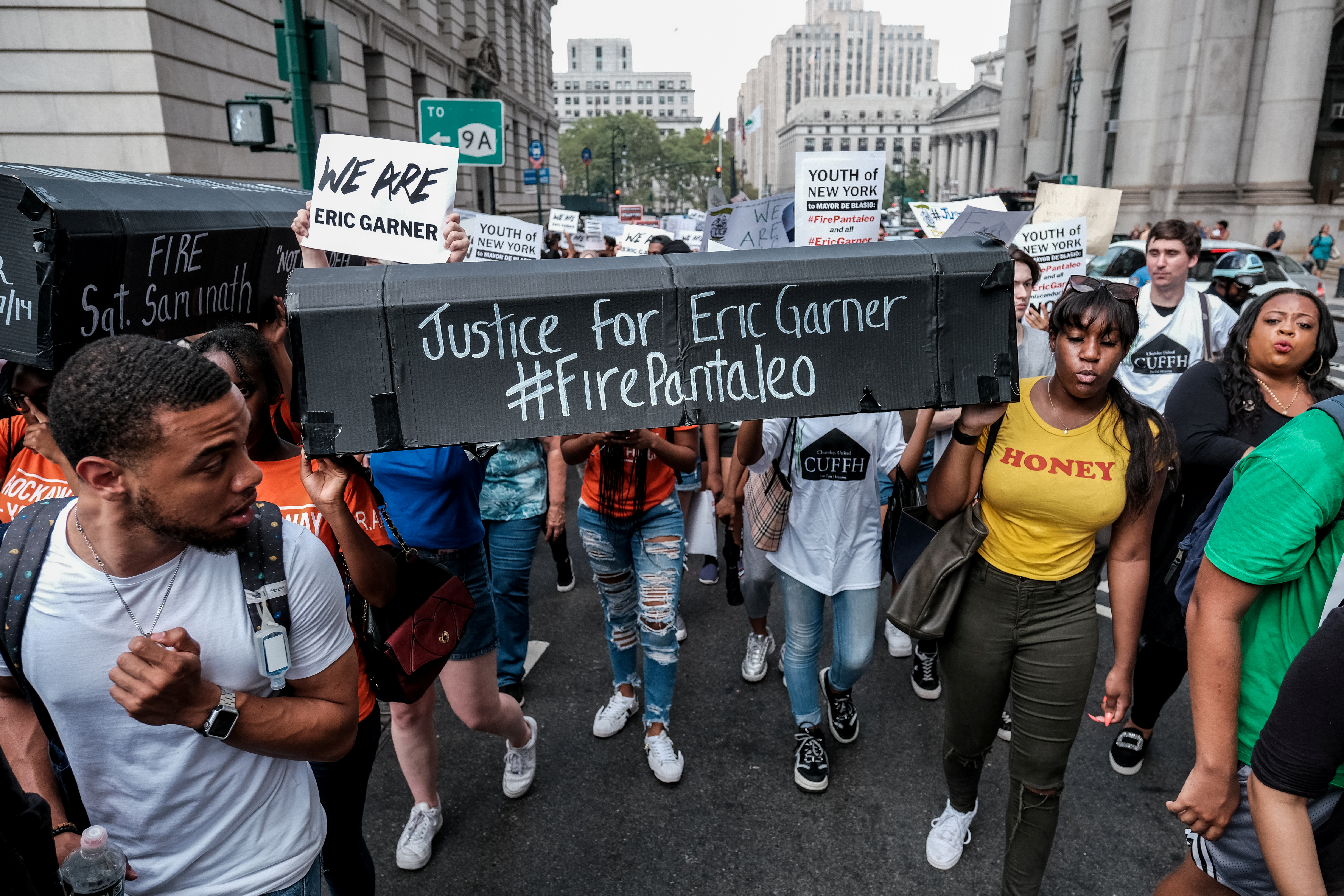 Protesters march and rally on the fifth anniversary of the death of Eric Garner, a day after federal prosecutors announced their decision not to prosecute NYPD officer Daniel Pantaleo. (REUTERS/Michael A. McCoy)

NYPD Deputy Commissioner of Trials Rosemarie Maldonado previously found Pantaleo had committed “grave misconduct” but said the chokehold had not restricted Garner’s breathing, CNN reported. He could “no longer remain” a cop, she said. Garner reportedly said “I can’t breathe” 11 times as Pantaleo was perfuming the chokehold.

The New York Police Benevolent Association disagreed with the Police Commissioner’s decision, saying he “chose politics” over police officers, according to a statement.

“He has chosen to cringe in fear of the anti-police extremists rather than standing up for New Yorkers who want a functioning police department with cops who are empowered to protect them and their families,” the statement read.