Perez will host three events in Mexico City on Sept. 28, Bloomberg reported. One event is a happy hour that will cost $25 to attend. Perez will also host a dinner where tickets are going for between $1,000 and $15,000.

DNC spokeswoman Xochitl Hinojosa’s confirmed to Bloomberg that the events would be taking place.

The DNC will require attendees to provide information showing that they are American citizens or permanent residents, in order to comply with federal campaign finance laws. About 1.5 American citizens live in Mexico, Bloomberg reported, citing State Department data. (RELATED: DNC Raised $8.5 Million In June, Less Than Half Of What GOP Took In) 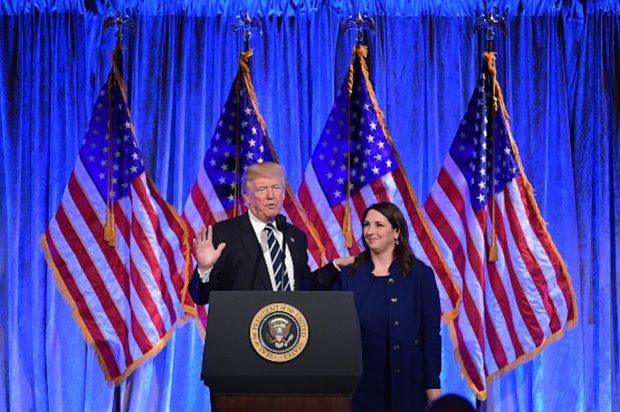 US President Donald Trump speaks after his introduction by RNC Chairwoman Ronna Romney McDaniel at a fundraising breakfast in a restaurant in New York, New York on December 2, 2017. (MANDEL NGAN/AFP/Getty Images)

The DNC under Perez’s watch has lagged far behind Republicans in terms of fundraising. The DNC took in $8.5 million in contributions in June, while the Republican National Committee reported $20.7 million.

The DNC did not immediately respond to the Daily Caller News Foundation’s request for comment.