U.S. Secretary of Education Betsy DeVos said Tuesday that it is no surprise “families want more control” over their children’s education.

The secretary of education spoke in reference to a 2019 opinion poll on education policy from Education Next, which reveals that American families want more control over the education of their children.

“This research is just the latest indication that voices of America’s parents are growing louder in demanding something other than a government-assigned, union-controlled school for their children.” 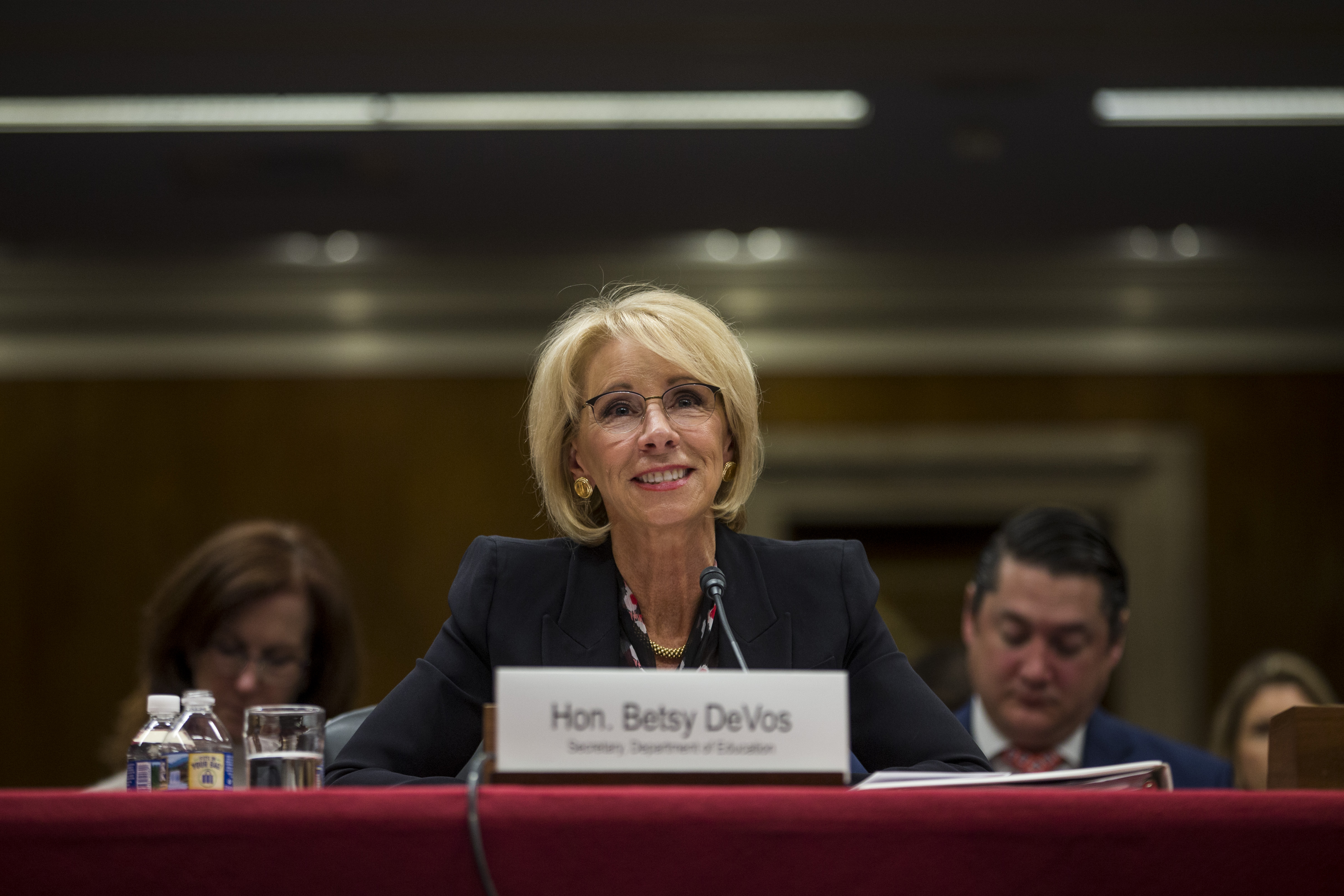 The poll sampled 3,046 adults including “an oversampling” of teachers, African-Americans, and persons identifying as Hispanic, as well as 415 high school students and their parents. (RELATED: Former California School Teacher Says Teachers Unions Are At The Root Of Progressive Sex Education)

Results reveal that support for educational freedom has jumped by 10% in the last few years, and that though white Democrats oppose charter schools, vouchers, and tax credit scholarships, black and Hispanic Democrats overwhelmingly support these things.

“Behind each percentage point in the column for education freedom is the face of another forgotten voter who has been taken for granted for far too long,” DeVos added in her statement.

“I hear it from students who want to learn more and learn differently, but are constrained by their assigned school building. I’ve heard it from parents across this country who worry that this generation won’t be prepared for the modern economy. And I hear it from teachers who are denied by the one-size-fits-all system the freedom and flexibility to teach in the ways they know will be most effective.”

An investigation by the DCNF found the California Board of Education implemented progressive sex and gender education curriculum in public schools across the state and that the ACLU was permitted to instruct California public school teachers on how to help children obtain abortions without parental consent.

A separate investigation by the DCNF also found that a curriculum proposed by the California Board of Education pushes anti-Israel programming and one-sided views of police officers and police brutality.

The curriculum contains anti-Israel bias, aims to teach students about the Boycott, Divestment, Sanctions (BDS) movement, has students study incidents of police brutality, and tells teachers to use examples of police bias in their own communities.