Republican National Committee Chair Ronna McDaniel says President Donald Trump is “fighting for women everywhere” and that his accomplishments for women have been “historic.”

McDaniel, who is also the former Chair of the Michigan Republican Party, added that Trump empowers women by advocating for policies that make it easier for women to “live, work, and raise families,” she told the Daily Caller News Foundation.

“The President’s accomplishments for women have been historic,” McDaniel said.

She noted Trump’s pro-growth policies have put more women in the workforce than ever before, that women’s unemployment is at the lowest in almost 70 years and that 56% of new jobs created since January have been filled by women.

“No other President in recent memory has been able to deliver results like President Trump,” the RNC chair added. (RELATED: This Is What Women Who Regret Their Abortions Want Other Women To Know) 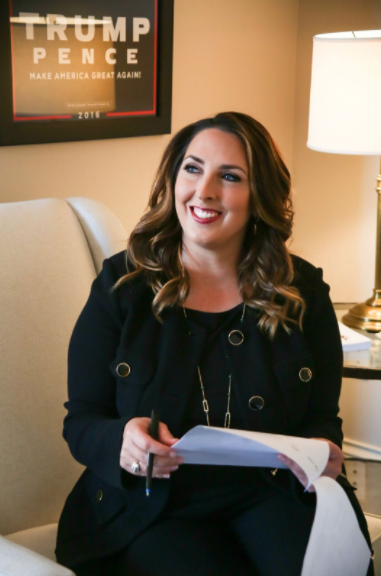 McDaniel cited specific initiatives both in the U.S. and around the world to aid women.

“He doubled the child tax credit to $2,000 – an enormous help to America’s hard-working mothers, and he was the first President to include a national paid family leave proposal in his budget,” McDaniel explained.

The president directed funds of more than $200 million a year to help women and minorities participate in STEM careers, McDaniel added.

She also listed initiatives that Trump and daughter Ivanka have established to help women around the globe, including the Women’s Global Development and Prosperity Inititive, or W-GDP Initiative, the Women Entrepreneurs Finance Initiative (WE-FI) and the 2X Women’s Initiative.

“President Trump is fighting for women everywhere – fighting for lower taxes so that we can start our own businesses,” McDaniels said.

Pro-abortion groups contend that Trump strips women’s rights by taking action against Planned Parenthood and the abortion industry, but McDaniel asserted these groups do not represent the way Americans feel on this topic.

“There has been a dramatic shift recently in the percent of Americans who consider themselves pro-life,” she said.

“A recent poll found that, for the first time in a decade, as many Americans consider themselves pro-life as those who identify as pro-choice. This is the first time in recent memory that pro-life women finally feel as though they have a fighter for them in the White House. Meanwhile, Democrats are promoting extreme policies including late term abortion and alienating women in doing so.”

The RNC chair referenced 2020 presidential candidate Beto O’Rourke’s Monday comment to a bystander who asked O’Rourke if his life had value on September 7 if the bystander was born on September 8. O’Rourke told the audience member, “That’s a decision for the woman to make.”

“This is outrageous – and certainly not a belief shared by the majority of American women,” McDaniel finished.