The taxpayer-funded Voice of America (VOA) currently employs a reporter for its Russian website who formerly produced anti-U.S. propaganda videos for a Russian outlet.

Ilya Kolosov is a “contractor with the VOA Russian language service TV team,” Bridget Serchak, Director of Public Relations at VOA, told the Daily Caller News Foundation. He was previously employed at ONT, a Belorussian state-run TV station and RTVI, a Russian station, according to a report by Belsat.

VOA is a U.S. government-funded and state-owned news agency, reaching more than 275 million people around the world every week. VOA is part of the U.S. Agency for Global Media (USAGM), which is a government agency overseeing all U.S. international broadcasting.

Kolosov produced Russian propaganda videos with anti-US and anti-Semitic themes before being hired by VOA. One of the YouTube videos, produced in Russian, alleges that the U.S. has developed the dollar as the main international currency in an attempt to get rich at the expense of other countries.

The U.S. currency “unfairly took the world on,” the video says, according to Belsat. The video was uploaded to YouTube by Pravoved TV, a Russian station.

The production includes a caricature of a Jewish person and has anti-Semitic references. The video asserts President Abraham Lincoln was assassinated because of his contact with U.S. bankers. 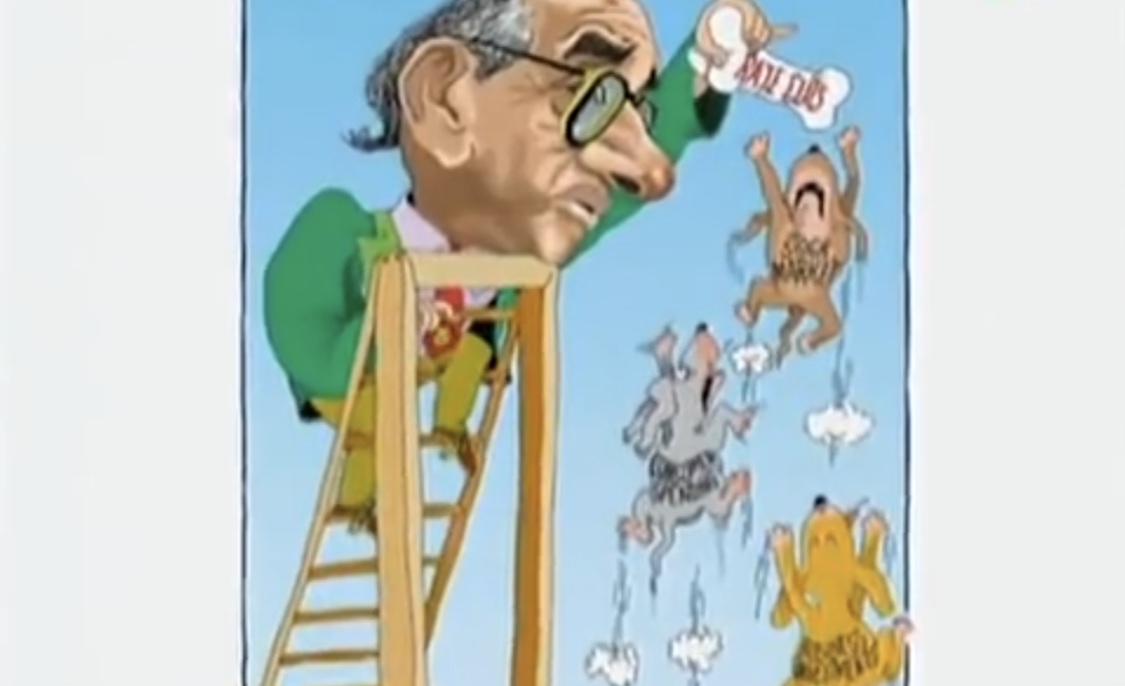 A cartoon included in one of the Russian videos by Kolosov. (Screenshot Youtube)

“Such people are not only morally reprehensible but having them on the air at VOA is a great way to kill the service,” said a former senior Broadcasting Board of Governors (BBG) and State Department Russian expert, who requested anonymity because he still has involvement with the agency. BBG was renamed to USAGM in 2018.

VOA did not respond to a request for comment on whether it is aware of Kolosov’s previous anti-U.S. and anti-Semitic productions. (RELATED: Voice Of America Ignored Multiple Warnings On Anti-Trump Facebook Posts By Its Editor)

The Russian video also compares the U.S. to a casino, reporting that the world is a slave to the American dollar.

Kolosov’s earliest reporting for VOA appears to be January 17, 2019, according to the VOA Russian Service search page. The 54 reports have since been scrubbed from the website’s search page, although Serchak confirmed that Kolosov is still employed by VOA. Kolosov produced a video as recently as Tuesday, August 27 for VOA. 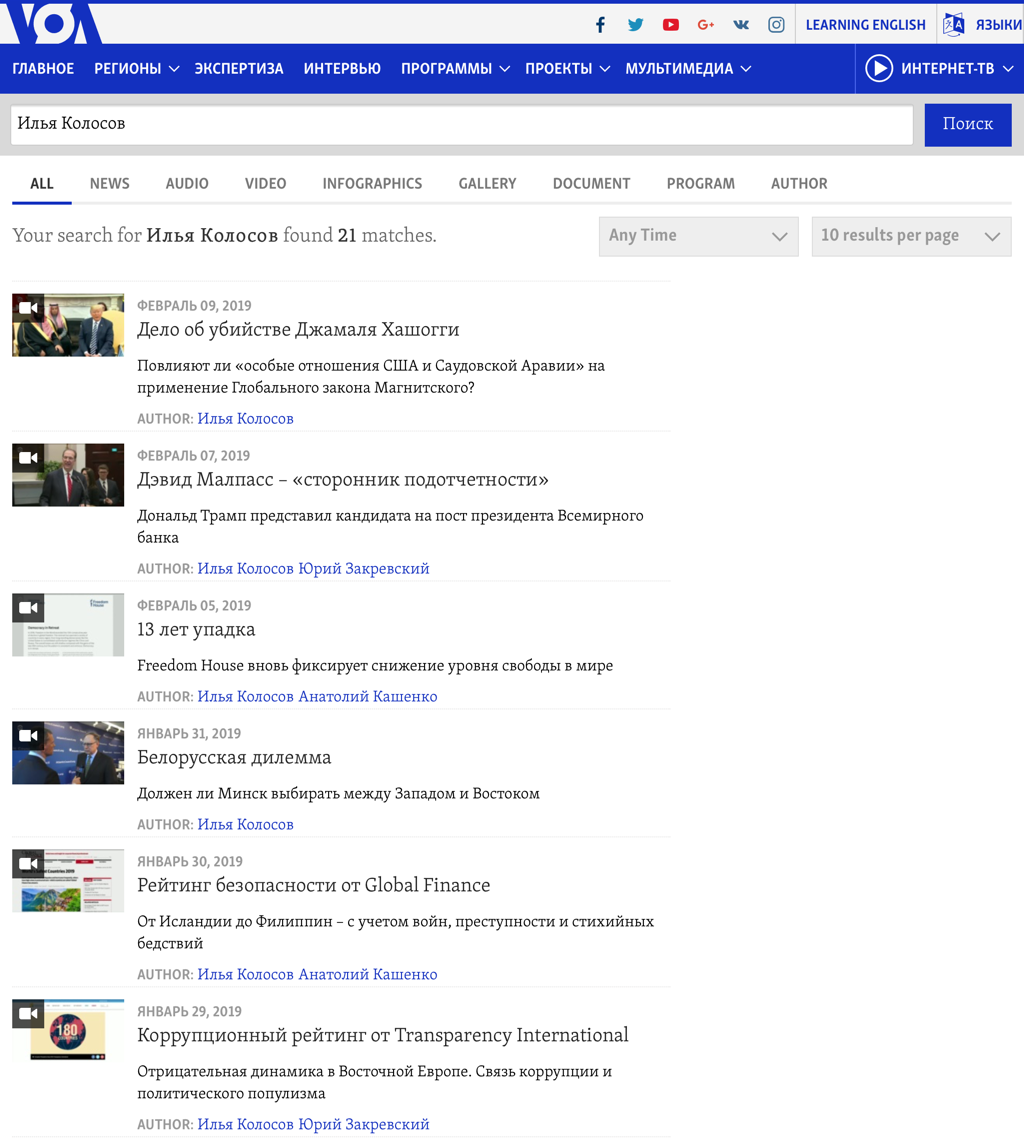 A screenshot from March 17, 2019 shows one of multiple pages of reports by Kolosov for VOA. (Screenshot VOA Russia)

VOA did not respond to a request for comment on why Kolosov’s reports no longer appear by searching the website.

Although the videos have been removed from his name when searching the website, VOA still has the code up of the reports, and the productions are all still available on the VOA Russian Service website.

A search of Kolosov’s reports by VOA now shows up blank, although he is still working for the news outlet. (Screenshot VOA)

Kolosov has also voiced support for former Venezuelan President Hugo Chavez, who was a member of the United Socialist Party of Venezuela and ruled the country from 1999 until his death in 2013. Chavez was an outspoken critic of the U.S.

“I have respect for Chavez, therefore I brought a baseball cap with the profile of the Venezuelan Che from Caracas. I think that we have the same matrix of values ​​coincide. I also like Alyaksandr Lukashenka,” Kolosov allegedly said, Belsat reported.

Lukashenka has been the President of Belarus since 1994. He has promoted closer ties to Russia and allegedly worked to suppress dissent in the media since taking office.