Employees that have posted anti-Trump content include reporters Marissa Melton, Ramon Taylor and Mil Arcega. VOA, the taxpayer-funded news outlet, has policies requiring journalists to be “fair, impartial and objective in all public spaces.” They also ask staff to “recognize that their conduct both on and off the job reflects on the work of the Voice of America community.”

This is not the first time the taxpayer-funded news outlet reporters has published biased social media posts. Last month, VOA editor Doug Bernard Johnson was found to have a Facebook page that contained many anti-Trump posts. These posts have since been deleted, VOA told the Daily Caller News Foundation. This could not be confirmed, and VOA would not report on whether Johnson faced any repercussions.

“Donald Trump is in Scotland today, saying ‘the world has asked me to be here.’ But I think he just misheard America screaming ‘GO AWAY,'” Melton, who has worked at VOA for 18 years, according to her LinkedIn, wrote in one tweet.

In another, Melton tweeted “Donald Trump came to DC Wednesday, made a speech, and the temperature hit 99 degrees. Coincidence?”

Arcega is a “dynamic, award winning journalist” who” hosts VOA’s weekly news magazine, ‘The Correspondents’ and is a senior economics and business reporter,” according to VOA. He has also posted multiple anti-Trump tweets, calling then-presidential candidate Donald Trump “incoherent, unprepared, rude” in one tweet and replying to the President in another to call him a liar.

Arcega also referred to Trump as “an undisciplined candidate who thinks politics is like WWF wrestling” in another tweet.

Taylor has worked with VOA for nine years and is a video journalist based in New York. He has written and re-tweeted anti-Trump content while working for VOA as well.

In another tweet, Taylor linked to a HuffPost picture showing flip-flops featuring “contradictory Trump tweets side by side.” Taylor tweeted the photo out and wrote “In time for the holiday season.” 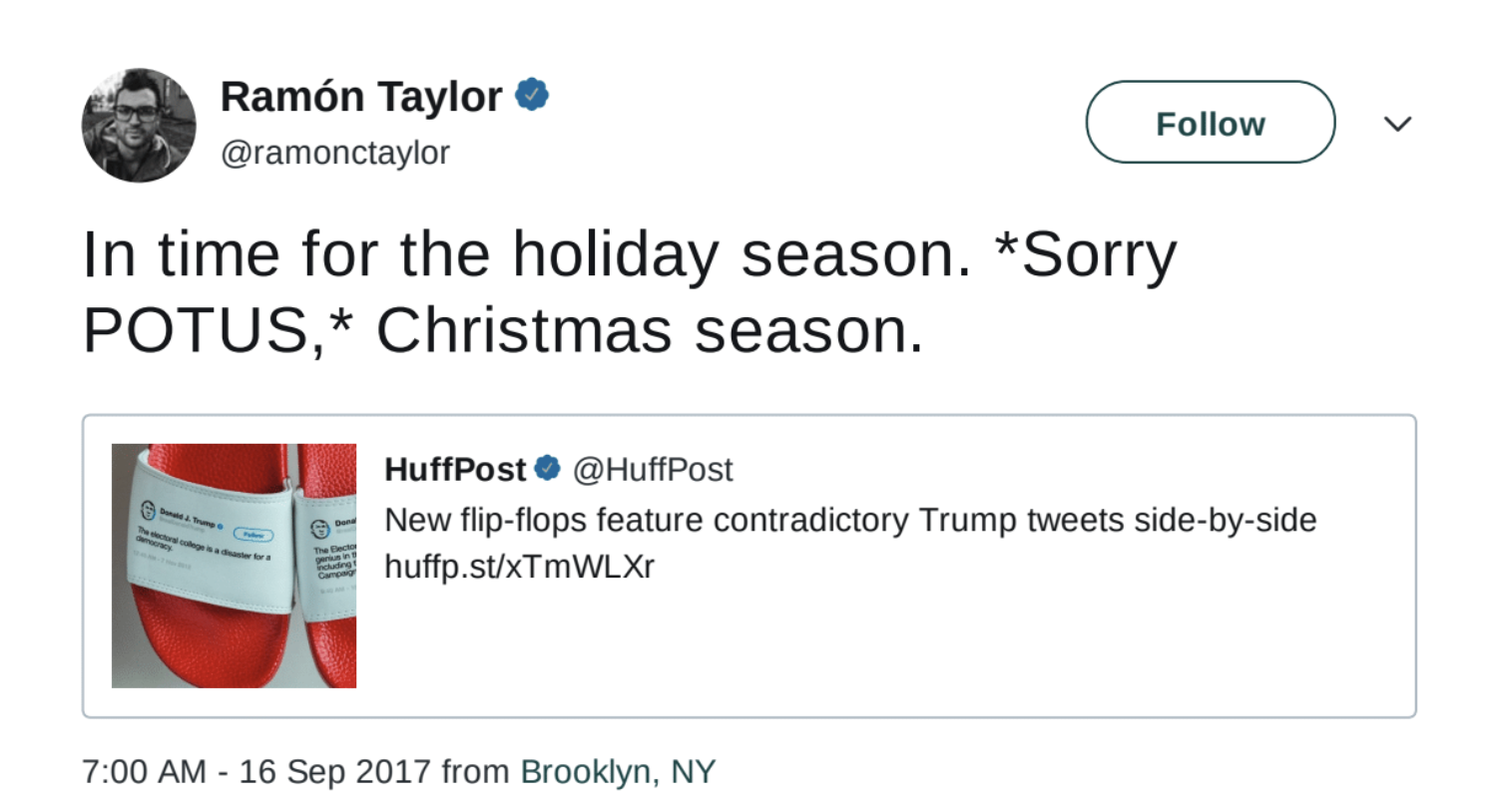 As the “largest international U.S. broadcaster,” VOA reaches more than 275 million people around the world every week. VOA is part of the U.S. Agency for Global Media, which is a government agency overseeing all U.S. international broadcasting. Amanda Bennett, VOA director, was appointed during the Obama administration.

VOA has been active in reporting issues with Trump, but has avoided commenting on or writing about problems with conservative journalists, such as the attack on Andy Ngo by Antifa in June. (RELATED: Organizations For Journalists Not Reporting On The Attack On Andy Ngo After A Week)

In one such article highlighting issues with Trump, the news outlet published a profile of Democratic Minnesota Rep. Ilhan Omar. The article included various comments by Trump attacking the congresswoman. VOA failed to include any of the reason’s behind Trump’s criticism and downplayed the multiple comments made by Omar that many viewed as anti-Semitic.

VOA did not immediately respond to a request for comment.