Editor’s note: This piece is part of American Renewal, a new policy and opinion project by the Daily Caller News Foundation. Read a mission statement here, and see the landing page and all the articles here.

For most of the past three centuries, the American economy has been the envy of the world, providing, as it did, unprecedented wealth and upward mobility. It was this economic and social miracle that drew Alexis de Tocqueville to visit the U.S.; he came away admiring “the singular prosperity and growing strength of that people.”

And during most of that history, we’ve been guided by the developmental ideas of Alexander Hamilton and his spiritual descendants, including Henry Clay, Abraham Lincoln, and both President Roosevelts. In this “American System,” free enterprise and private property would be celebrated, even as domestic industry would be protected by a tariff and the nation as a whole would be favorably developed. Such vast projects as the Erie Canal, the Transcontinental Railroad, the Tennessee Valley Authority, and the Interstate Highways transformed the landscape and opened up beneficial arteries of commerce.

In the meantime, the federal government, mostly in the name of national defense, funded R&D in everything from aviation to atomic power to the Internet — projects then spun off to the private sector, generating even more riches. Finally, Uncle Sam made sure that this affluence was widely shared, through such distributist policies as the Homestead Act, as well as, of course, public education and the progressive income tax. 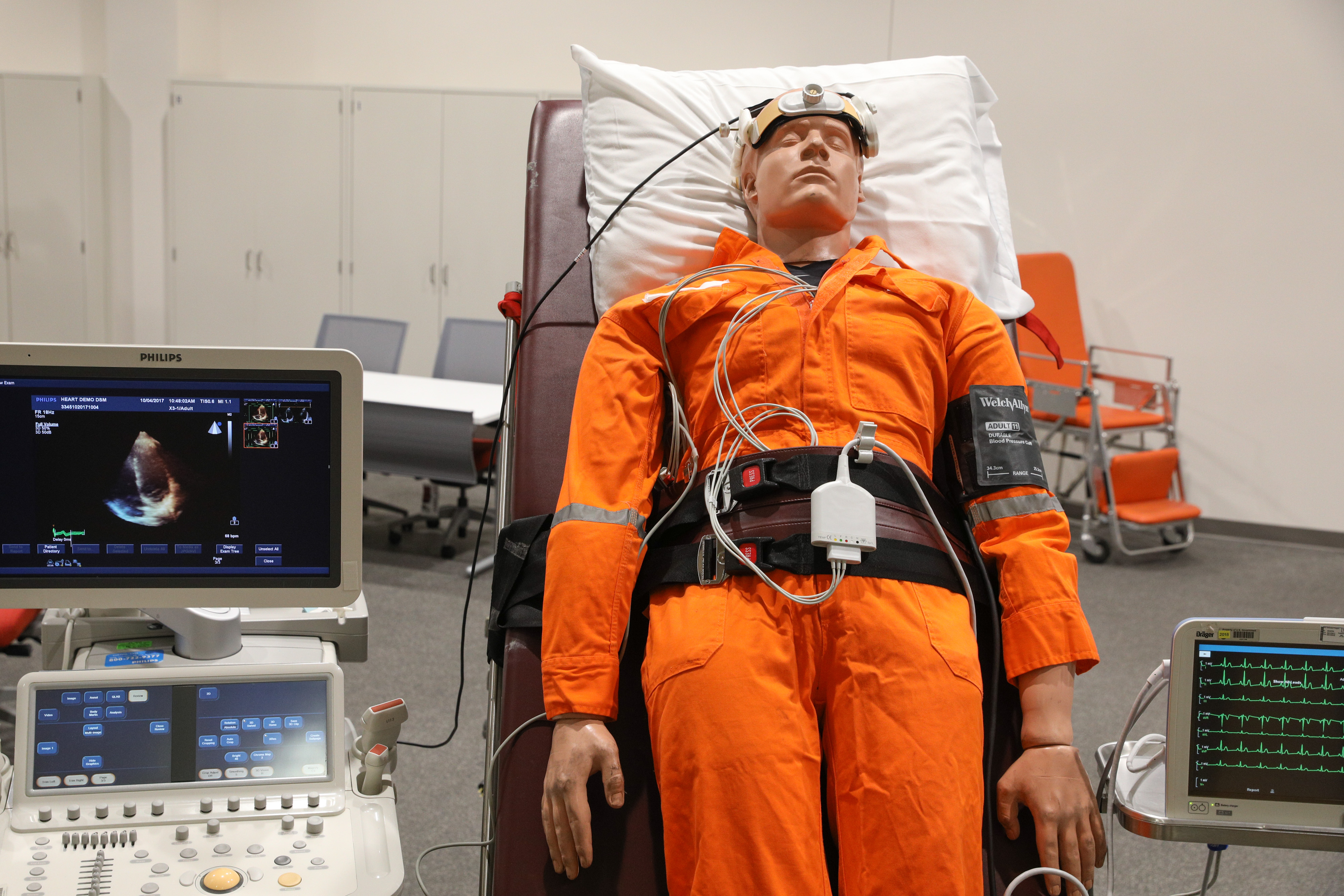 A testing station within a cardiovascular and vision laboratory is seen during a media preview for an upcoming public open house at NASA’s Johnson Space Center on October 24, 2018 in Houston, Texas. (Photo by Loren Elliott/Getty Images)

The U.S. was hardly alone in pursuing some or all of these policies; we simply did it better. This was the American Dream in action.

The results of this erosion are manifest, from the concentration of wealth at the top, to the desiccation of prospects for everyone else, and the overall slowing of economic growth. To cite just one glum statistic, the Economic Policy Institute finds that since 1979, productivity has risen six times faster than wages. In other words, the implicit social contract that has guided this country since its Founding — if you’re willing to work hard, you’ll have a shot — is breaking down. (RELATED: MSNBC Panel Laughs At Pictures Of Working-Class White Voters)

So it’s little wonder that other ideas once regarded as dangerous, such as “democratic socialism,” have entered into the public square and received respectful — sometimes even rapturous — attention.

Indeed, some have gone further to the left; earlier in 2019, Aaron Bastani published a book with a catchy title, Fully Automated Luxury Communism.

The historical horrors of communism are well-documented, even if, perhaps, inadequately remembered. And yet Bastani, aiming his pitch to Starbucks baristas with lots of student-loan debt and no prospects for home ownership, looks to the future, not the past.

Bastani’s argument is that new technologies — robotics, artificial intelligence, cultured meat, genetic modification, even asteroid mining — will bring humanity to new heights of wealth and happiness.  If, that is, these techno-fruits can be equally shared. Hence, in his telling, the “fully automated luxury” must be coupled with “communism.”

Of course, communists in the past, going all the way back to Marx, promised material abundance — if only we could liquidate the capitalists and anyone else who gets in the way. Needless to say, communism hasn’t worked out well; bolshevized countries lost not only their freedom, but also their well-being.

Yet still, Bastani represents an interesting turn on the left. That is, in his techno-optimism — which makes him a sort of left-wing Newt Gingrich — Bastani repudiates the trendy green pessimism that has dominated progressivism. As he puts it, we now enjoy unprecedented “mastery” of the planet, and so we can even readily master such worries as climate change: “A few short decades from now, the seemingly terminal problems of today will appear as absurd.”

Indeed, the current centerpiece of leftist thinking, the Green New Deal, is morphing in a Bastanian direction. Whereas the old greens stood for economic slowdown in the name of combating carbon dioxide, the Green New Dealers stand for economic acceleration — seeking to use technological innovation as the hammer against excess CO2. It’s routine, for example, for Green New Dealers to compare their cause not only to the New Deal but also to World War Two — two neo-Hamiltonian endeavors that were the opposite of eco-minded pastoralism. (RELATED: House Democrats Are Lining Up Behind What Could Be The Largest Expansion Of Government In Decades)

And if we look at all the 2020 Democratic presidential candidates, we see that the figure who best expresses this Can Do spirit is Andrew Yang. As a socially conscious technophile, Yang is fluent in the language of visionary developmentalism, as when he suggests “giant space mirrors” to thwart climate change. To be sure, Yang is way back in the pack, and yet he’s at least measurable in the polls, which is more than some better established — and less interesting — ’20 hopefuls can say. 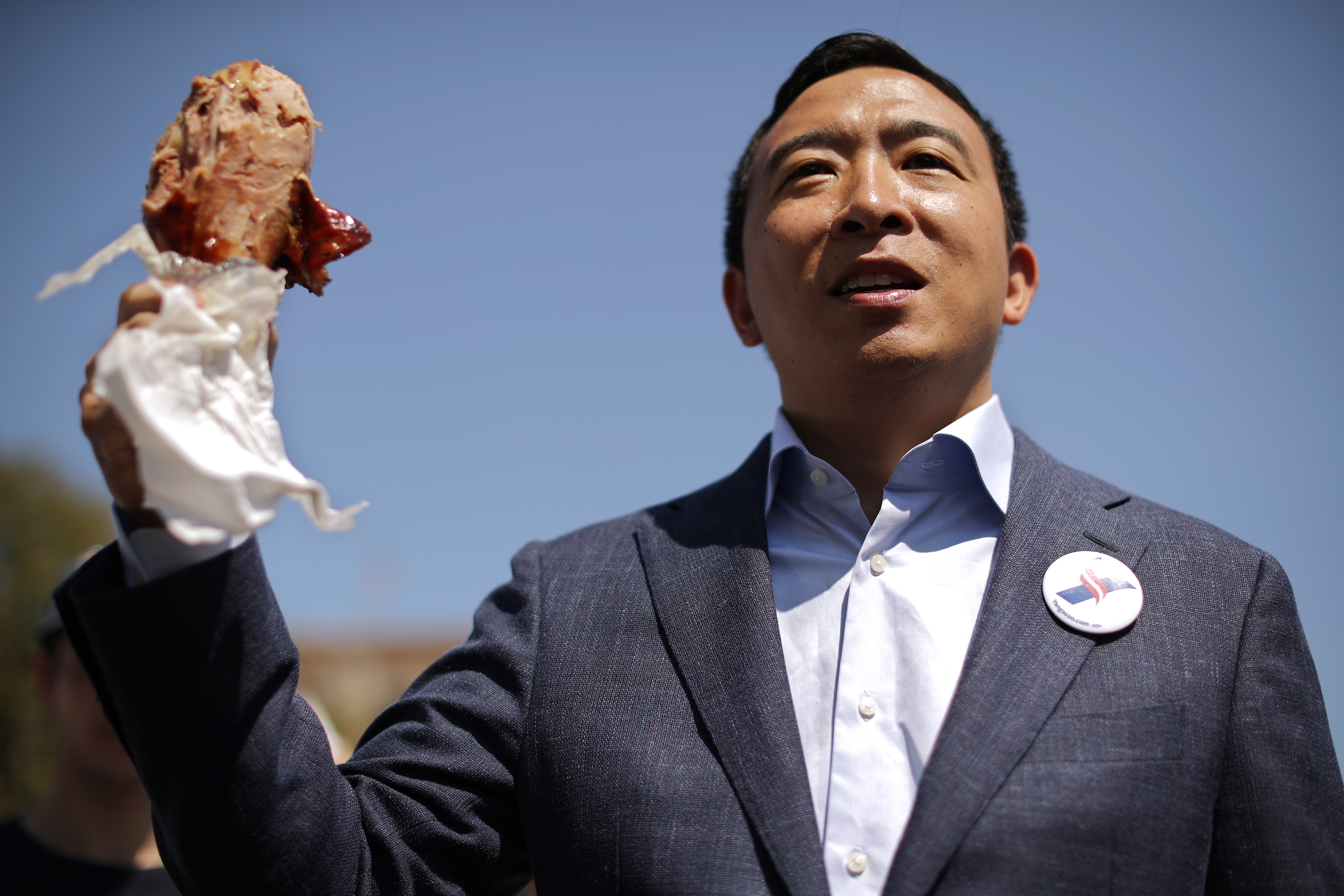 Yang’s best-known policy plank is a Universal Basic Income, a liberal idea that he makes sound more conservative by dubbing it the “Freedom Dividend.” Thus Yang’s candidacy is not at all like Bastani’s advocacy — it is an intriguing blend of moderate left and moderate right. Yang bills it as “Human-Centered Capitalism,” and it, too, is fully automated and luxurious, while still free — a commendable continuation of the best of the American economic saga.

Just in the nick of time.