A federal jury Wednesday acquitted former Obama White House counsel Greg Craig on charges that he lied to federal officials regarding his work on behalf of the Ukrainian government in 2012.

The Washington, D.C., jury delivered the verdict after several hours of deliberation.

The case was spun off from an investigation that originated with special counsel Robert Mueller’s Russia probe. Craig, 74, was indicted April 11 on two separate charges, though one was dropped before his trial began in August.

Mueller’s investigation focused heavily on former Trump campaign chairman Paul Manafort, who collaborated with Craig and his firm, Skadden, Arps, Slate, Meagher & Flom, as part of a consulting contract with the Ukrainian government. (RELATED: Greg Craig Indicted On Charges Of Lying To DOJ)

Ukraine’s Ministry of Justice hired Skadden Arps in 2012 to produce a report on the prosecution of Yulia Tymoshenko, a former Ukrainian prime minister. 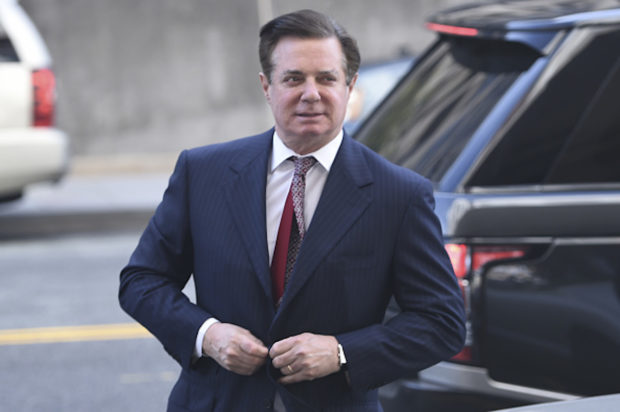 Paul Manafort arrives for a hearing at US District Court on June 15, 2018 in Washington, DC. (BRENDAN SMIALOWSKI/AFP/Getty Images)

Craig’s acquittal is a setback for the Justice Department, which has sought to ramp up prosecutions under the Foreign Agents Registration Act, or FARA.

At issue in Craig’s case was whether contacts he had with reporters in 2012 regarding the Tymoshenko report constituted foreign lobbying. The Ukrainian government commissioned the report in hopes of defending against allegations that Tymoshenko was improperly prosecuted on public corruption charges.

Prosecutors alleged that Craig lied about the nature of his Ukraine work during meetings in 2013 with Justice Department official who were investigating whether Skadden Arp should register under FARA. The DOJ determined at the time that the firm did not need to register as a foreign agent for the work.