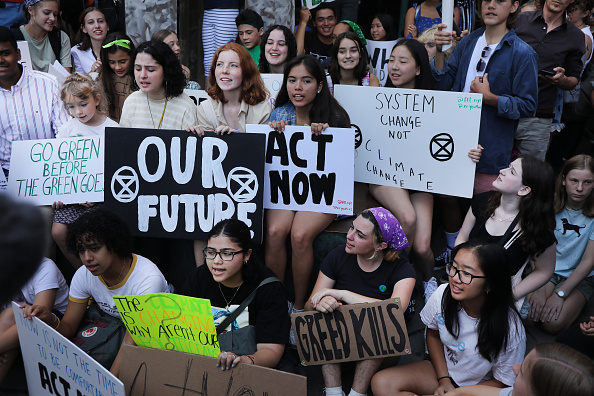 Youth led protesters demonstrate in front of the United Nations (UN) in support of measures to stop climate change during a weekly Friday gathering on August 30, 2019 in New York City.  (Photo by Spencer Platt/Getty Images)

Climate change has become one of the most discussed issues during the 2020 Democratic primary, with some candidates making dire predictions about the world coming to an end in 12 years unless bold action is taken to confront the changing climate. (RELATED: Rachel Maddow Fails To Fifth In July Ratings As Hannity, Carlson Dominate Cable News)

The candidates took advantage of the town hall to discuss their sweeping policy proposals, with several Democrats re-iterating their support of the Green New Deal, and some even suggesting a potential buyback programs for motor vehicles that are deemed environmentally unfriendly.