Democratic 2020 hopeful Beto O’Rourke has recently pivoted to making gun control a central part of his campaign — but one Democratic strategist thinks he might be hurting his political career with radical anti-gun rhetoric.

According to a new report from Politico, O’Rourke’s campaign is in its “fuck-it phase,” as he is speaking his mind with increasingly urgent rhetoric. He has also been swearing quite a bit, using the word “fuck” on live TV in reaction to gun violence.

The candidate has also inched toward increasingly radical rhetoric on guns, recently coming out in support of a mandatory gun confiscation program for assault weapons. (RELATED: ‘That’s Exactly What We’re Going To Do’: Beto Confirms His Plan Includes A Gun-Grab) 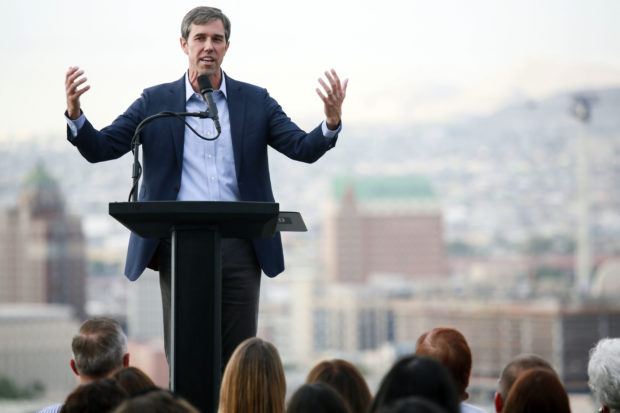 One Democratic strategist quoted in the Politico report thinks that Beto’s gun control plans will hurt his future career in Texas politics.

“Those words will come back to destroy him should he run for statewide office again,” strategist Hank Sheinkopf told the outlet.

Sheinkopf added, “To say, ‘We will take away your guns,’ you know, in this state, in this culture, that’s a no-no.”

However, O’Rourke apparently doesn’t think that his gun policies will be much of a problem. During a recent event in New Hampshire, he told a reporter that he didn’t think law enforcement officers would need to go “door-to-door” to confiscate Americans’ guns.

“I don’t see the law enforcement going door to door. I see Americans complying with the law,” he reportedly said.