An attorney for Michael Flynn said in federal court Tuesday she may seek a dismissal of charges against the former national security adviser, citing “egregious conduct and suppression” of exculpatory information in the case.

Prosecutors handling the case had a surprise of their own, telling Judge Emmet Sullivan that they are now reserving the option of recommending jail time for Flynn, instead of just probation. Prosecutors with the special counsel’s team last year recommended that Flynn receive probation without jail time because of his substantial cooperation in several investigations.

But Flynn’s situation has changed dramatically since then. He no longer has to meet with the special counsel’s team since the Russia probe has ended. And in June, he hired a new legal team that has aggressively challenged the government’s investigation of Flynn.

Flynn’s defense attorney, Sidney Powell, told Judge Emmet Sullivan that the legal team has no plans to pull out of a plea deal that Flynn struck with the special counsel on Dec. 1, 2017. Instead, Powell is questioning the basis of the government’s case against Flynn, and may seek to have charges thrown out altogether. (RELATED: Sentencing Delayed In Flynn Case After Judge Blasts Ex-National Security Adviser)

“There never would have been a plea to begin with if the government had disclosed Brady information about what it knew before the plea agreement,” Powell said in the hearing, according to Fox News. 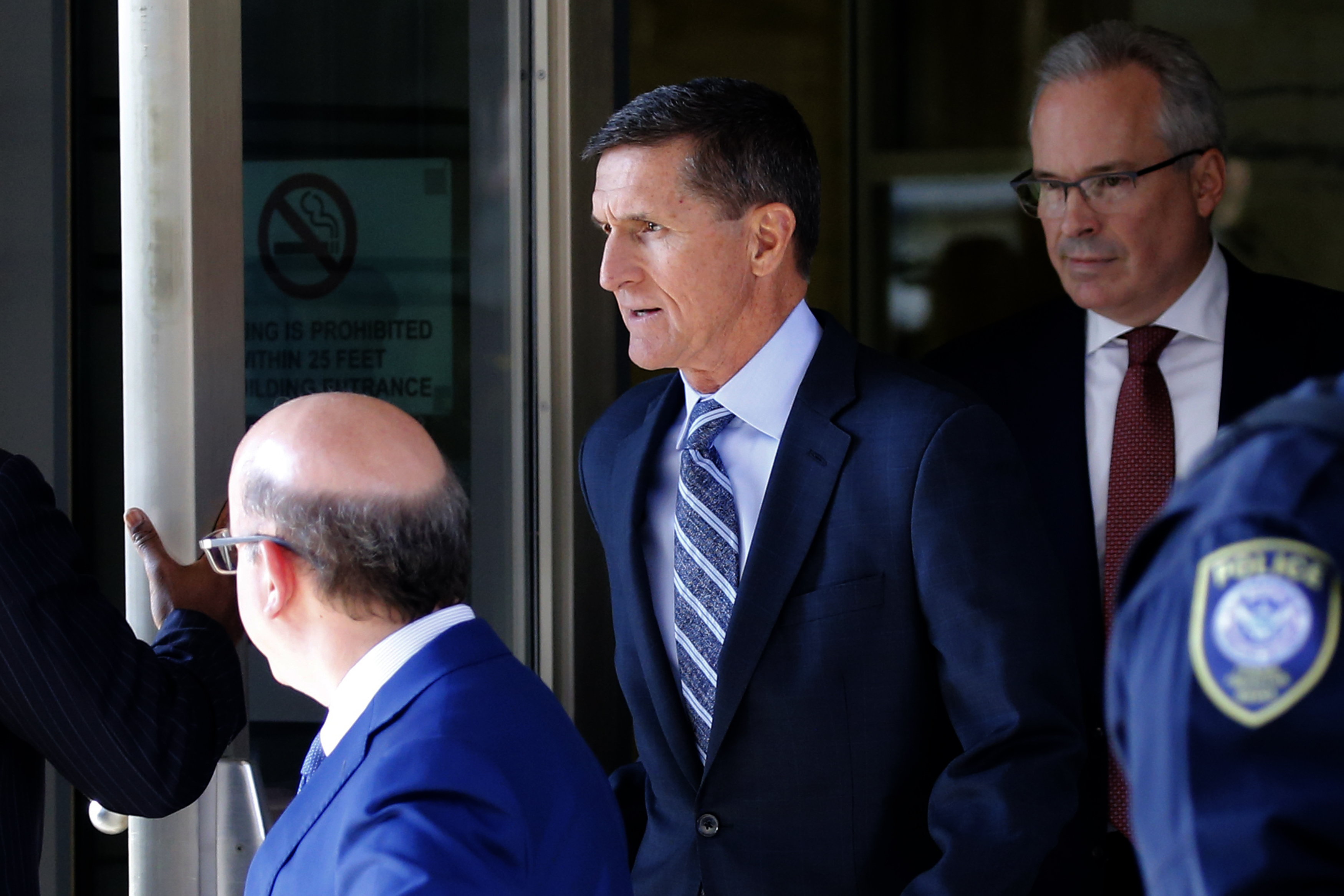 Powell said that “the entire prosecution should be dismissed for egregious government misconduct,” BuzzFeed News reported.

Sullivan scheduled a hearing for Oct. 31 to go over Flynn’s argument that prosecutors failed to turn over potentially exculpatory information, known as “Brady material.”

Sullivan set a tentative sentencing date for Flynn on Dec. 18. That will be exactly one year after Flynn last appeared for sentencing before the judge. Flynn decided to delay sentencing after Sullivan delivered a scathing reprieve of the retired lieutenant general, and indicated that jail time could be included in the sentence.

Powell asserted that a Justice Department memo exists which “exonerates” Flynn of being a Russian agent.

According to reports from Tuesday’s hearing, Assistant U.S. Attorney Brandon van Grack pushed back against Powell’s statement, noting that Flynn was not charged with being a Russian agent. Instead, Flynn pleaded guilty on Dec. 1, 2017 to lying to the FBI during a Jan. 24, 2017 interview. Flynn admitted to falsely denying discussing sanctions in December 2016 with then-Russian ambassador Sergey Kislyak.

The White House interview was arranged by then-FBI Deputy Director Andrew McCabe and conducted by Peter Strzok, the FBI counterintelligence official who was fired over anti-Trump text messages. Flynn’s lawyers have argued that the government failed to provide Strzok’s text messages.