A study that linked Trump rallies to a massive spike in hate crimes would have found similar results for Clinton rallies.

Responding to a study conducted by three professors at the University of North Texas and Texas A&M that linked Trump rallies with a 226% increase in hate crimes, another team applying the same analysis came up with an even greater spike for Hillary Clinton rallies. 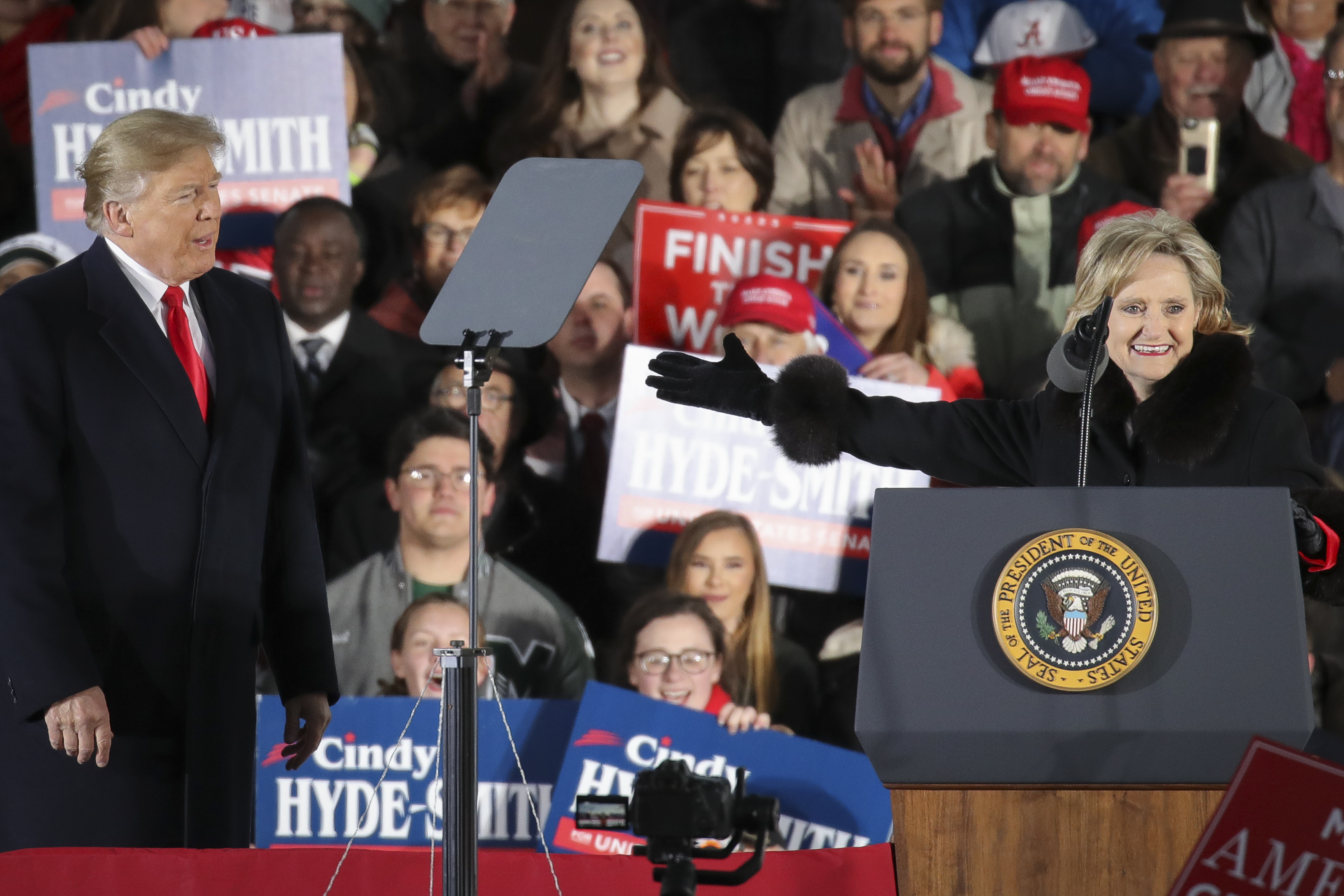 President Donald Trump looks on as Republican candidate for U.S. Senate Cindy Hyde-Smith thanks him during a rally at the Tupelo Regional Airport, November 26, 2018 in Tupelo, Mississippi. (Photo by Drew Angerer/Getty Images)

They say the study was flawed and has been used to make Trump personally responsible for the actions of racist lunatics, reason.com reports. The rhetoric from Trump’s opponents was further inflamed by the study. “Your language creates a climate which emboldens violent extremists,” wrote Democratic presidential contender Sen. Bernie Sanders on Twitter. “Your rhetoric is directly and indirectly inciting hate, Mr. President,” tweeted Minnesota Democratic Rep. Ilhan Omar. (RELATED: Democratic Congresswoman Says Trump ‘Not Welcome’ In El Paso After Shooting)

As reason.com notes, the study was also trumpeted by various media outlets including  Vox, The Washington Post, the San Francisco Chronicle, and CNN.

But was the study valid? The team who resolved to test the study started from scratch, collecting original data and applying the same analysis as the original study did, according to reason.com.

They also decided to include data from Clinton’s rallies to see how this would compare with the conclusions pertaining to Trump. “The ostensible finding: Clinton rallies contribute to an even greater increase in hate incidents than Trump rallies.”

Counter protesters and members of the Antifa and Blac Bloc rally on the east side of the Eisenhower Executive Office Building as the white supremacist Unite the Right rally is being held across from the White House August 12, 2018 in Washington, DC.  (Photo by Chip Somodevilla/Getty Images)

The authors immediately wondered if the problem was with the study. “If this interpretation is correct, why did Clinton inspire as many, if not more, hate incidents as Trump did? Did calling millions of Americans ‘deplorables’ promote violence?”

They concluded that there is no discernible cause and effect between either Trump or Clinton rallies and incidents of hates crimes. The authors found the study flawed because it failed to note that political rallies are almost always held in populous areas where a statistical increase in crimes of all kinds is a result of there being more people who are likely to commit criminal acts. (RELATED: Trump Denounces All Types Of Racism And Acts Of Violence Ahead Of ‘Unite The Right’ Rally)

The authors argue that had the nearby population of Trump rallies been included as a “statistical control” the initial study would have found an increase in hate crimes of zero.

They conclude that the study was so quickly released without follow-up examination because the results reflected an ideological bias. “The hypotheses that researchers choose to test often reflect their beliefs, and when initial statistical findings do not match the researcher’s gut intuition, it is easy to tweak these choices until the analysis ‘works.’ By comparison, when a result ‘feels right,’ it is easy to conclude the analysis with minimal further checks. In short, falling prey to confirmation bias is easy.”