A Democratic congresswoman representing the El Paso, Texas, area declared Monday that President Donald Trump is not welcome in her city following a recent mass shooting.

“It is shocking to me that [President Trump] is so utterly self-aware, and this is why, from my perspective, he is not welcome here. He should not come here while we are in mourning,” Texas Democratic Rep. Veronica Escobar said Monday on MSNBC’s “Morning Joe” program.

Escobar’s comments came in the wake of a mass shooting at an El Paso shopping mall. A 21-year-old gunman allegedly killed at least 20 people and injured another 26 when he went on a shooting spree inside a Walmart on Saturday. A manifesto believed to have been posted by the alleged gunman warned of an “Hispanic invasion” taking place in the U.S.

The manifesto went on to claim that violent action was needed to stop the elimination of the white population in the U.S. and Europe. Investigators are now considering whether to weigh the mass shooting as a hate crime. 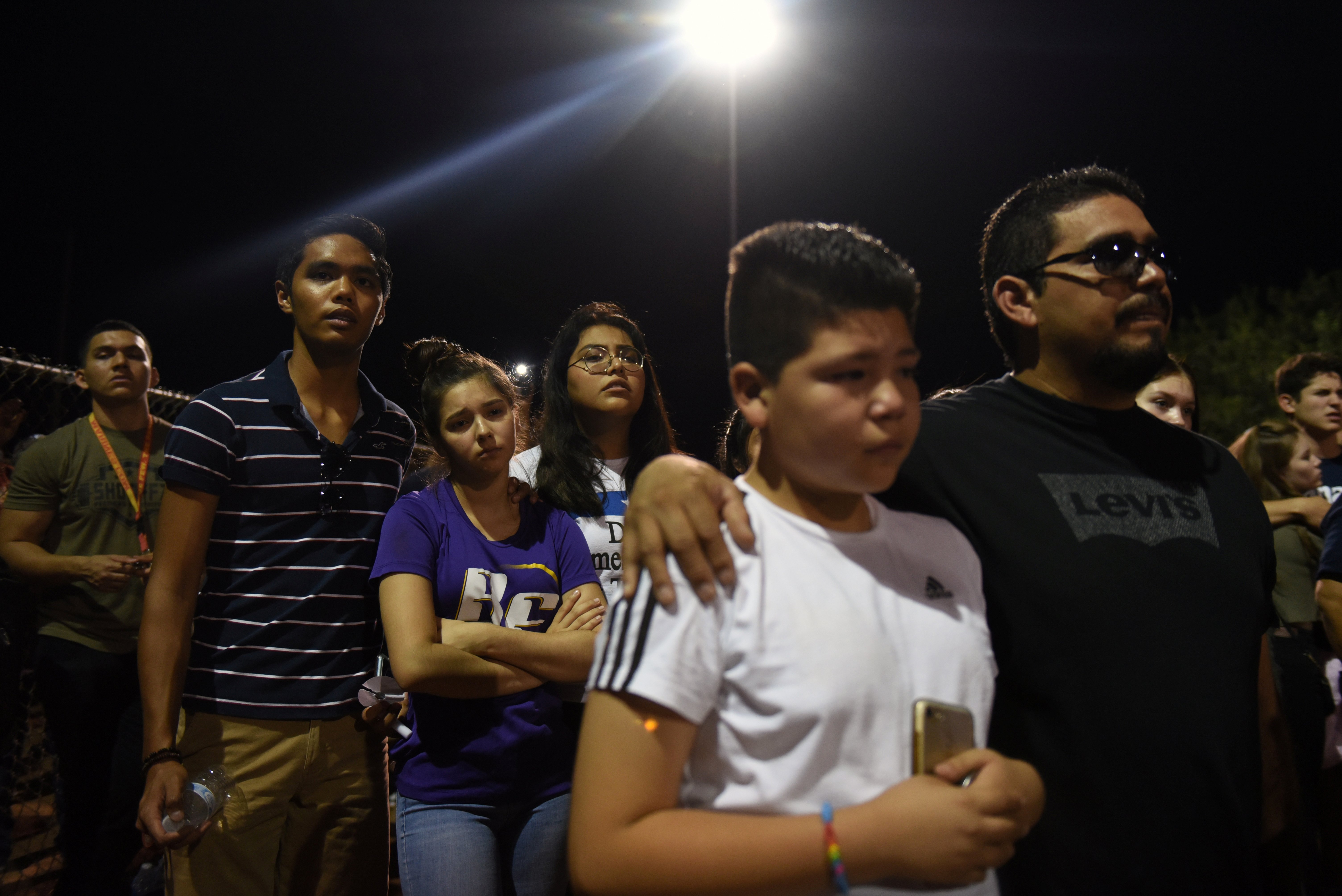 People gather for a vigil a day after a mass shooting at a Walmart store in El Paso, Texas, U.S. August 4, 2019. REUTERS/Callaghan O’Hare

Escobar tried to directly link a Trump rally held in El Paso months earlier to the shooting, but then immediately walked those comments back.

“I heard Mika earlier mention that violence increased — statistically, violence went up, hate crimes went up — in communities where [Trump] had held rallies. He came into one of the safest communities in the nation, and as a result — or maybe not as a result. That is probably unfair. But months later, a gunman came into our community,” Escobar said, referring to Trump rally in El Paso held in February.

Escobar was far from the only person to tie Trump to the mass shooting, including presidential candidates. (RELATED: Trump Proposes ‘Strong Background Checks … Desperately Needed Immigration Reform’ In Wake Of Mass Shootings)

“The open racism that we’re seeing, there’s an environment of it in the United States. We see it on Fox News. We see it on the internet. … [Trump] is encouraging this. He doesn’t just tolerate it, he encourages it,” failed Texas senate candidate Beto O’Rourke said Sunday. Other progressives openly compared rhetoric by the alleged shooter’s manifesto to words spoken by the president and Fox News.

While the manifesto included racist language against Hispanics and immigrants in general, it also decried the rise of automation and the effects overpopulation is having on the environment. The author declared that the “next logical step” is to decrease the population to save the environment.