Trudeau met with the Queen’s representative, Governor General Julie Payette, to dissolve the current Parliament and drop the election writ. 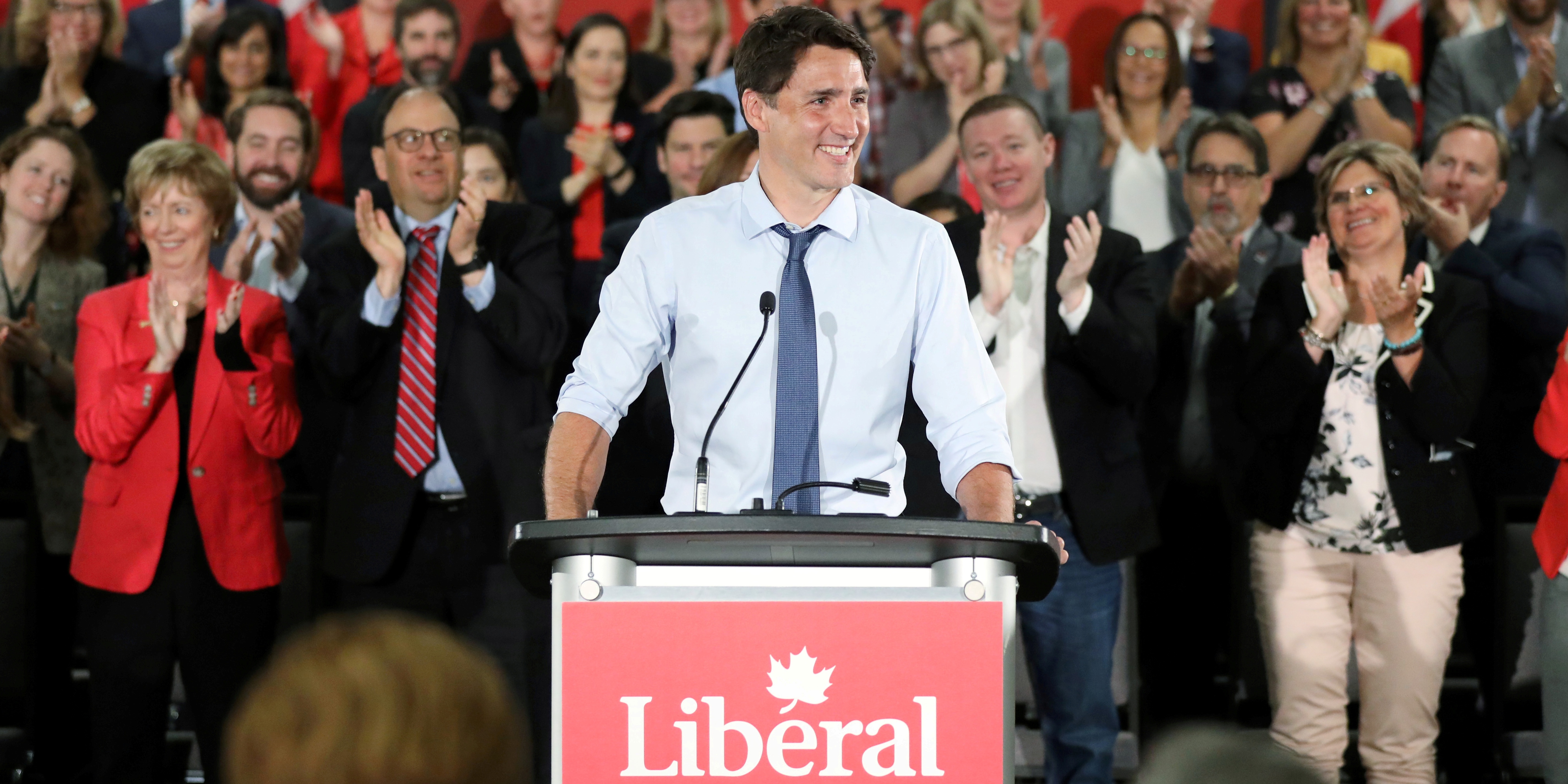 After briefly acknowledging the 9/11 terrorist attack, Trudeau ran through what he says are his government’s achievements. He suggested he had put “more money in the people’s pockets by cutting taxes on the middle class and raising them on the richest one percent.”

He also listed the renegotiated North American Free Trade Agreement as a substantial agreement especially as it occurred “at a time of U.S. protectionism.” The prime minister repeatedly warned his audience about returning “to the politics of the [Stephen] Harpers years and did not once mention the current leader of the Conservative Party, Andrew Scheer. Trudeau’s pitched his appeal to voters: “At the end of the day politics is about people … whoever you are you deserve a real plan for the future.”

Although Trudeau was forced to call a vote due to recent changes to the Elections Act that now designate fixed election dates, his timing is less than optimum with the revelation Tuesday night that the Liberal government has stymied efforts by the Royal Canadian Mounted Police (RCMP) to begin a preliminary investigation into the SNC-Lavalin scandal, where Trudeau has been accused by the former federal attorney general of judicial inference on behalf of the Quebec contractor. (RELATED: Trudeau’s Approval Rating Drops Below Trump’s After SNC-Lavalin Scandal)

Jody Wilson-Raybould taped her conversations with Trudeau and appeared before the House of Commons Justice Committee to say that she felt pressured by Trudeau to intervene in a criminal prosecution of SNC-Lavalin. After she resigned from Trudeau’s cabinet, former Minster of Health Jane Philpott also quit the federal cabinet before the prime minister ejected both of them from the Liberal caucus.

The scandal has erupted again due to comments from the RCMP that prominent members of Trudeau’s cabinet have been told not to discuss the matter with them due to cabinet confidentiality.

Trudeau has denied that he personally issued the gag ruling and says the clerk of the Privy Council, Canada’s highest ranking public servant, made the decision.

He reiterated that assertion during his Wednesday news conference, saying, “We respect the decision made by the clerk.”

Official Opposition Conservative Leader Scheer told reporters in Ottawa Wednesday morning that he doesn’t believe Trudeau did not interfere in the investigation, saying the prime minister has “lost the moral authority to govern.”

Scheer said, “You just cannot trust Justin Trudeau. He will say anything to cover up the scandals and get re-elected.”

When asked if he thought the SNC-Lavalin scandal would play a major role in the federal election campaign, Scheer said that wasn’t the point for him.

“It’s a question of integrity.”

Although there are five parties vying to win the federal election, the race is between Trudeau’s Liberal Party and Scheer’s Conservative Party that are in a virtual tie for voter support.