Canadian Prime Minister Justin Trudeau is now more unpopular in Canada than President Donald Trump is in the United States.

Trudeau, once heralded as a political rock star, now has a 40 percent approval rating, according to a new Ipsos poll conducted for Global News and published Thursday. That’s below Trump’s current level of 43 percent in the U.S.. The Official Opposition Conservatives have also gained traction over the governing Liberals, leading by 10 percent.

The results are apparently the result of a judicial interference scandal that continues to dog Trudeau and his government. When former Attorney General Jody Wilson-Raybould testified before the House of Commons Justice Committee that Trudeau and other top officials in his office told her to interfere in the prosecution of a Quebec contractor SNC-Lavalin for fraud and bribery, the bottom seemingly fell out of Trudeau’s government and popularity. (RELATED: Female Liberal MP Claims Trudeau Trudeau Bullied Her When She Said She Wouldn’t Seek Reelection)

Even a federal budget last week didn’t distract Canadians from the scandal. As Trudeau was unrolling the economic news, former Treasury Board Secretary Jane Philpott announced that Canadians need to know “the whole truth” about the affair. Philpott resigned from cabinet earlier this month, specifically citing the SNC-Lavalin scandal as the reason for her departure. 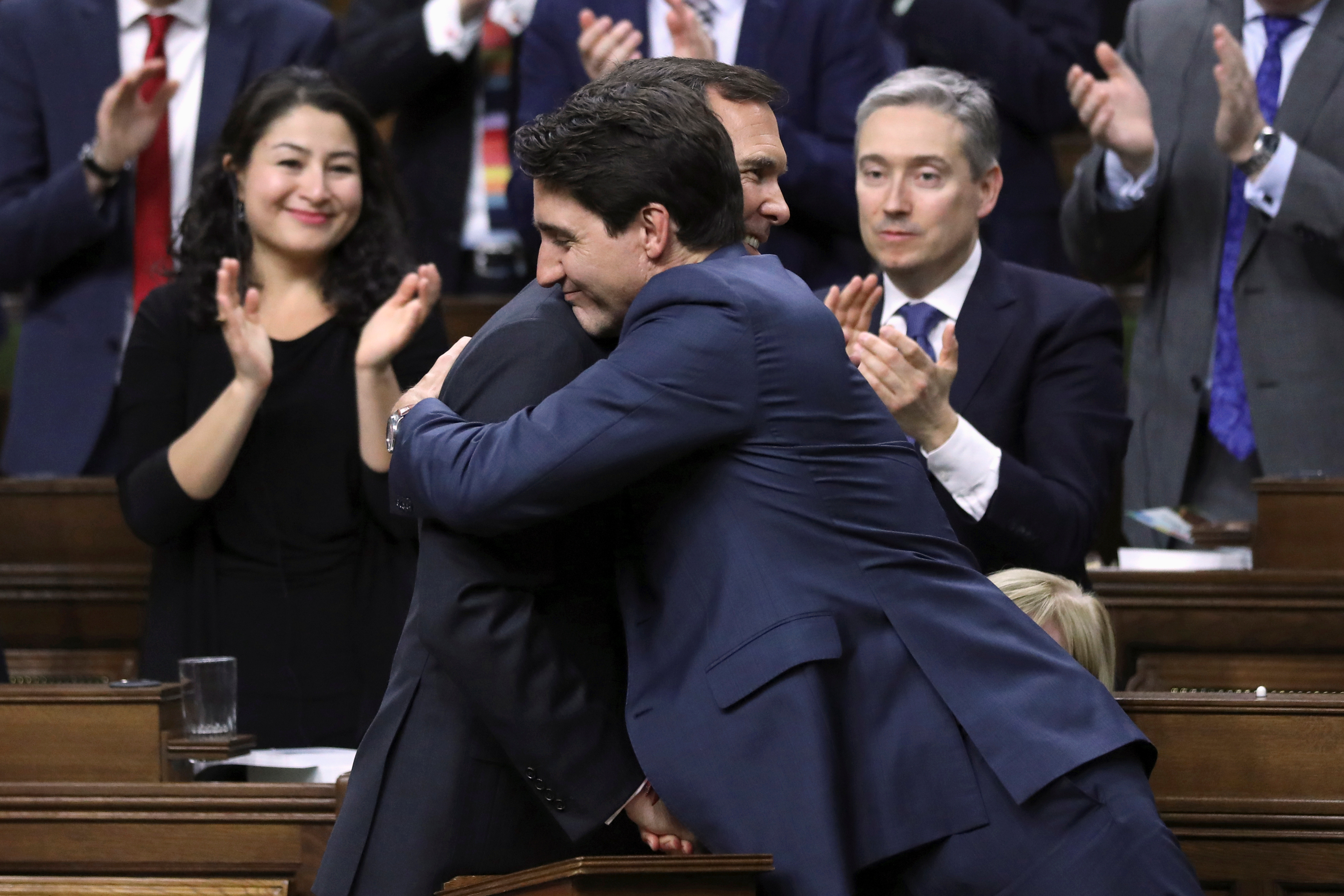 The Conservatives are even leading the Liberals among women and millennials, two key groups that Trudeau captured in the last 2015 federal election. If Canadians voted right now, the Conservatives are on track to receive 40 percent of the vote and the Liberals 30 percent, according to the poll that surveyed 1,002 Canadians from March 25 to 27. (RELATED: Trudeau Principal Secretary Gerald Butts Resigns In Wake Of Judicial Scandal)

“Whatever this SNC-Lavalin thing is, it seems to have settled in. We’re creating a new normal in which the Conservatives are consistently ahead of the Liberal Party,” Darrell Bricker, CEO of Ipsos Public Affairs told Global News. “People in Ottawa can say what they want about the significance of the scandal — ‘there’s no sex, there’s no money, what is this all about?'”

“But Canadians are sitting back and saying this has really caused them to reconsider supporting a combination of this prime minister and this Liberal government,” Bricker told Global.