The Democratic presidential debate Thursday night quickly turned personal, as candidates took turns hammering each other on their vulnerabilities.

Joe Biden’s memory, Elizabeth Warren’s expensive plans, and Bernie Sanders’s socialism all turned into political footballs over the course of the debate.

Andrew Yang’s proposal in his opening statement to give 10 Americans $12,000 each drew laughs from his fellow Democrats. “It’s original, I’ll give you that,” Pete Buttigieg said with a smirk.

Biden went on the offensive against Warren early on, saying she “has not said how she would pay for [her health care plan].”

Amy Klobuchar slammed the Medicare for All bill supported by Sanders and Warren, flipping one of Sanders’s go-to lines back on him. Sanders may have written “the [damn] bill, but I read it,” the Minnesota senator said, noting that their plan would cause Americans to lose their private health insurance. 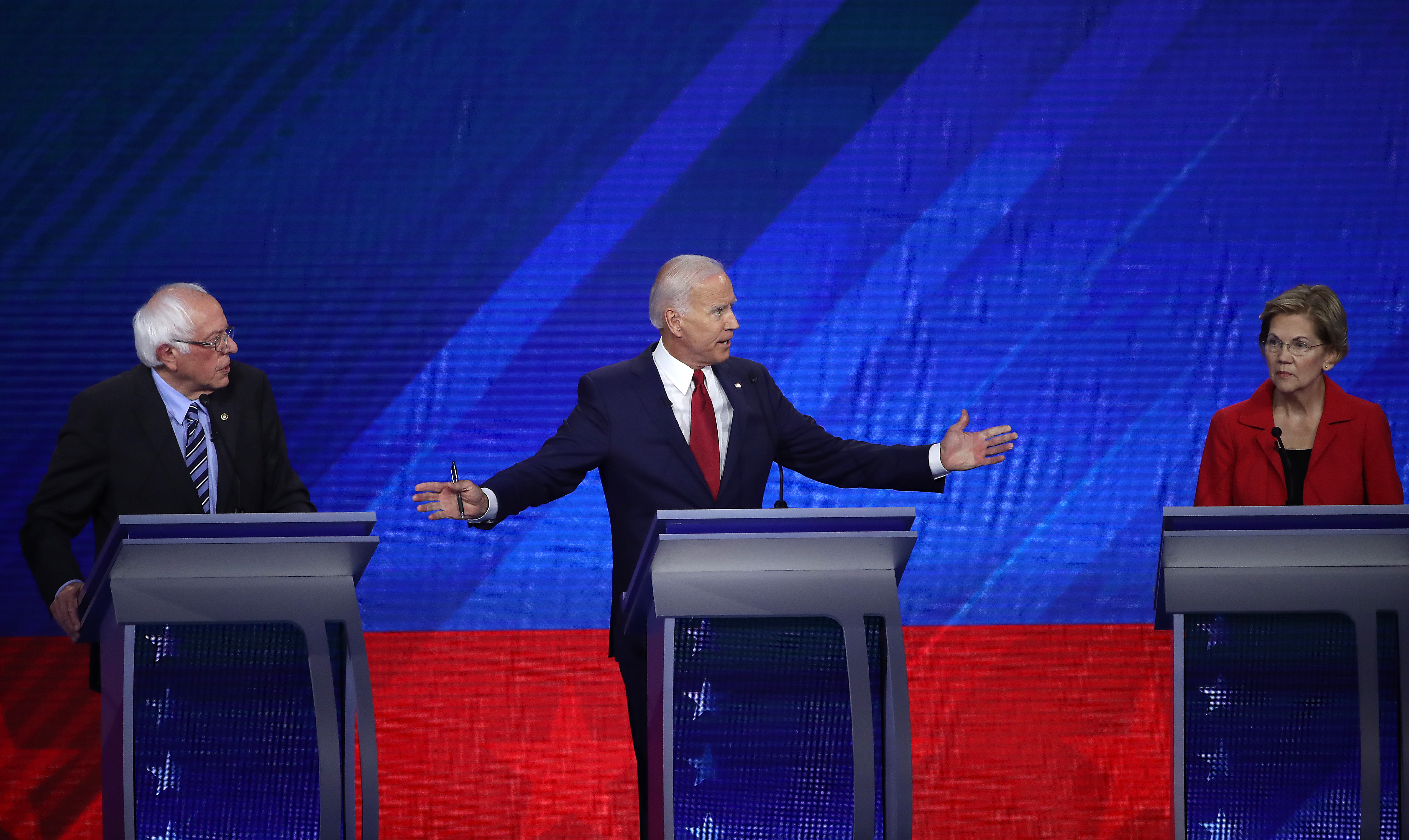 Buttigieg jumped on Warren and Sanders as well, saying Medicare for All “doesn’t trust the American people” to make their own decisions.

“For a socialist, you’ve got a lot more faith in corporate America than I do,” Biden said, hitting Sanders on his claim that corporations would provide partial refunds of health care premiums. (RELATED: Bernie First Candidate To Violate ABC’s Warning Against Swearing)

“You’ve got to defend the fact that 500,000 Americans are going bankrupt,” Bernie shot back, accusing Biden of not doing enough to ensure universal health care during President Barack Obama’s administration.

Castro took a veiled shot at Biden’s age, accusing him of forgetting that voters would have to buy into his health care plan.

Castro pounced again after Biden answered a question about deportations during the Obama administration by saying, “I’m the vice president of the United States.”

“He wants to take credit for Obama’s work, but not answer any questions,” Castro said.

“Obviously [Trump] didn’t pull the trigger, but he certainly been tweeting out the ammunition,” said Harris.

O’Rourke similarly referred to the mass shooting as a “consequence of [Trump’s] presidency.”

“Anyone who supports this is supporting racism,” Buttigieg said.

O’Rourke also doubled down on his support for gun confiscation programs. “Hell, yes, we’re going to take your AR-15, your AK-47. We’re not going to allow it to be used against a fellow American anymore,” he said.