As the House of Representatives takes unprecedented steps to impeach a president in the middle of an election cycle, the American people are wondering what comes next.

To be clear, the American people aren’t asking for impeachment, but they may get it anyway. Just 37% of Americans believe House Democrats should move forward on impeachment proceedings according to a Monmouth poll published in August.

If Trump is impeached, he’ll become the third president to suffer the fate alongside Presidents Andrew Johnson and Bill Clinton, both Democrats. Despite the rarity and the gravity of the impeachment process, proceedings typically move quickly. Johnson was impeached just three days after he removed Edwin Stanton as Secretary of War. Stanton was a Radical Republican and ally of the late Abraham Lincoln, who clashed with Johnson over the administration’s reconstruction plan. (RELATED: REPORT: Jeffrey Epstein Allegedly Had A Portrait Of Bill Clinton Posing Provocatively In Blue Dress) 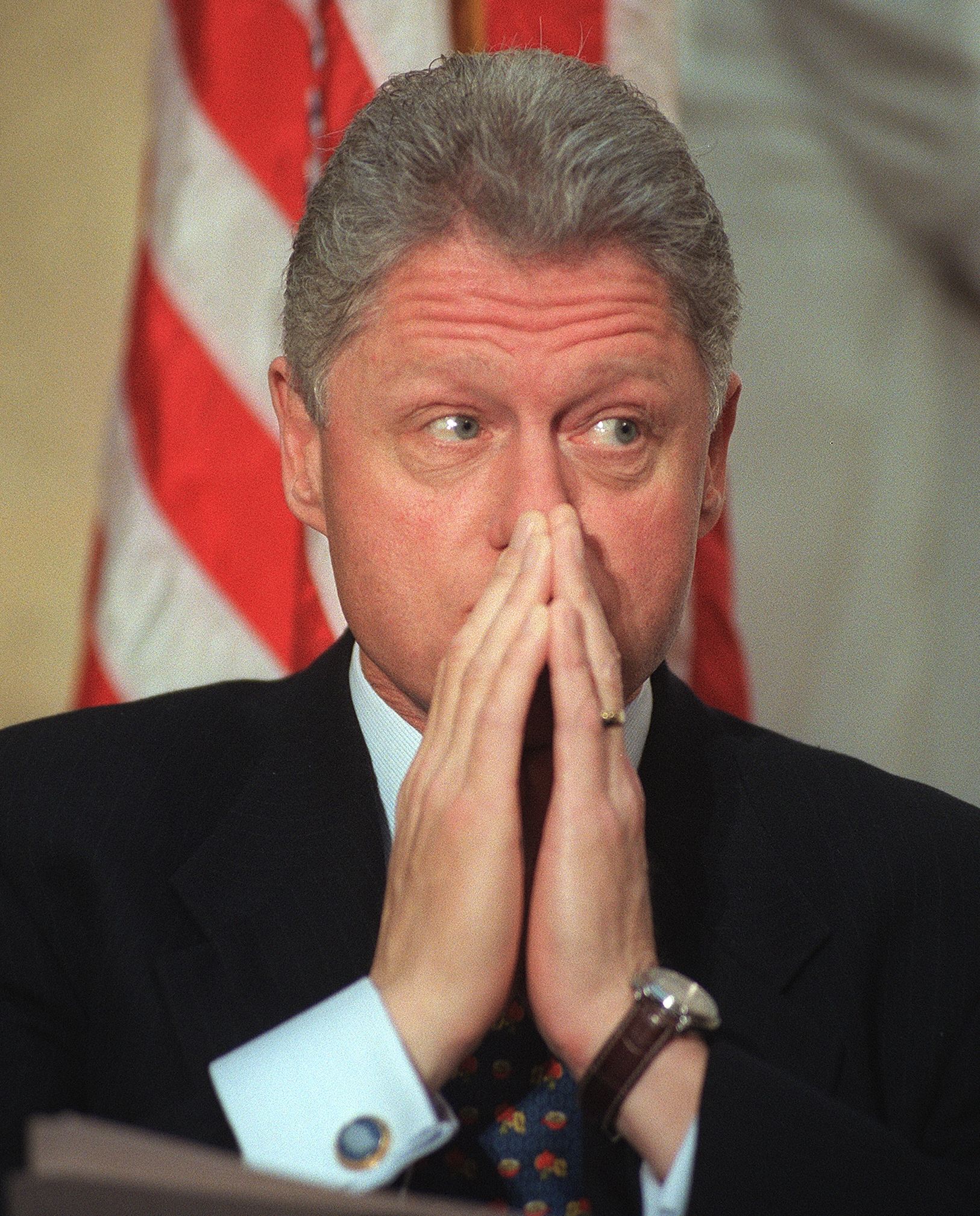 Johnson suspended Stanton in August of 1867, but Stanton was reinstated by Congress a few months later. Unable to come to agreement with Congress on a suitable replacement, Johnson fired Stanton on Feb. 21, 1968. Three days later, Johnson was impeached by an overwhelming 126-47 vote before ultimately being acquitted by the Senate less than three months later.

Impeachment proceedings also moved quickly in Clinton’s case. Special Counsel Ken Starr sent his report to Congress on Sept. 9, 1998. The report outlined allegations of obstruction of justice against Clinton over his handling of a sexual harassment lawsuit by Paula Jones and also alleged that the president committed perjury when he lied under oath about his affair with White House intern Monica Lewinsky.

Clinton was impeached by the House in a mostly party line vote on Dec 19, 1998, just three months after the release of the Starr Report and during the lame duck period following the midterm elections. The Senate trial began the next month, and Clinton was ultimately acquitted by the Senate on February 12, 1999 when Republicans failed to secure the two-thirds majority needed to remove the president from office.

History shows that Congress usually acts swiftly when it comes to impeachment, but the current House of Representatives seems to be slow-playing proceedings against Trump. The House has already voted to table multiple impeachment resolutions against the president and Democratic leadership, including House Speaker Nancy Pelosi are still withholding formal support for beginning an impeachment inquiry. Democrats also still lack a clear rationale for impeachment proceedings.  (RELATED: Will Nancy Pelosi Budge On Impeachment?)

A potential Trump impeachment has been compared to Clinton’s largely due to the presence of a special counsel that investigated both presidents. However, Clinton’s impeachment occurred three months after Starr released his report. It’s been five months and counting since Special Counsel Robert Mueller released his report, which many Democrats seized on to accuse the president of obstruction of justice. If Democrats were going to impeach Trump for obstruction of justice, they’ve likely missed the boat.

Mueller refused to give Democrats their desired soundbites when he testified on Capitol Hill this Summer. Since then, attention surrounding the Mueller Report has largely dissipated as the America people have moved on. So, Democrats are currently conducting an impeachment inquiry while at the same time looking for a reason to impeach Trump.

Nadler and other Democratic leaders have been probing Trump’s finances and recently requested documents necessary to determine “whether to recommend articles of impeachment against President Trump.”

Nadler has also stated that he’d like to make a final decision on impeachment before the end of the year.

Congress also had a clear rationale for impeaching Johnson and Clinton and moved swiftly and efficiently in doing so. The current impeachment process has dragged on and Democratic leaders have failed to make clear what exactly they’re investigating the president for.

Nevertheless, it appears impeachment is a distinct possibility as the president prepares to face voters in less than 14 months. The short history of impeachment demonstrates that House Democrats’ strategy is unprecedented in both time and manner.