Canadian Prime Minister Justin Trudeau refused to say Thursday how many times he donned blackface in his past.

Trudeau has been at the center of a political storm for the past 24 hours after an exposé appeared in TIME  that showed Trudeau dressed-up in dark brown makeup at an “Arabian Nights” party at the West Point Grey Academy where he was teaching drama in 2001.

Since then, more imagery has surfaced of Trudeau doing blackface, one is a picture from his high school yearbook that shows the future prime minister in blackface and an Afro hairstyle at a talent show where he says he sang “Day-O” and a video released Thursday morning shows Trudeau in blackface mugging for the camera in an unknown context. Trudeau claimed Thursday that he did not recall the third incident. (RELATED: Trudeau Apologizes, Says He’s ‘Pissed-Off’ He Did Brown Face — But Hints That He Might Have Done Blackface Too)

Canadian Prime Minister Justin Trudeau appears in blackface in the third known instance of his donning the racist makeup in this video obtained by Global News, Sept. 18, 2019. Global News screenshot.

At a news conference in Winnipeg, reporters asked Trudeau four times how many times he wore blackface. Trudeau responded, “It is obvious that this is something deeply regrettable … I am leery of being definitive about this … because the recent pictures that came out I had not remembered. I think the question is, ‘How can you not remember that?’ I didn’t understand how hurtful this is to people who live with discrimination every day. I have always acknowledged that I come from a place of privilege but I now need to acknowledge that this comes with a massive blind spot.”

He claimed that his indifference to racial injustice remains a problem in the present for many Canadians. Trudeau chided his own Montreal constituency of Papineau for exhibiting “extraordinary intolerance” towards racial minorities.

The prime minister began the news conference by reading a brief statement to “racialized Canadians,” saying “What I did hurt them, hurt people who shouldn’t have to face intolerance and discrimination because of their identity. This is something that I deeply, deeply regret.” (RELATED: Trudeau Apologizes For Mocking First Nations Protest: ‘Thank You For Your Donation’) 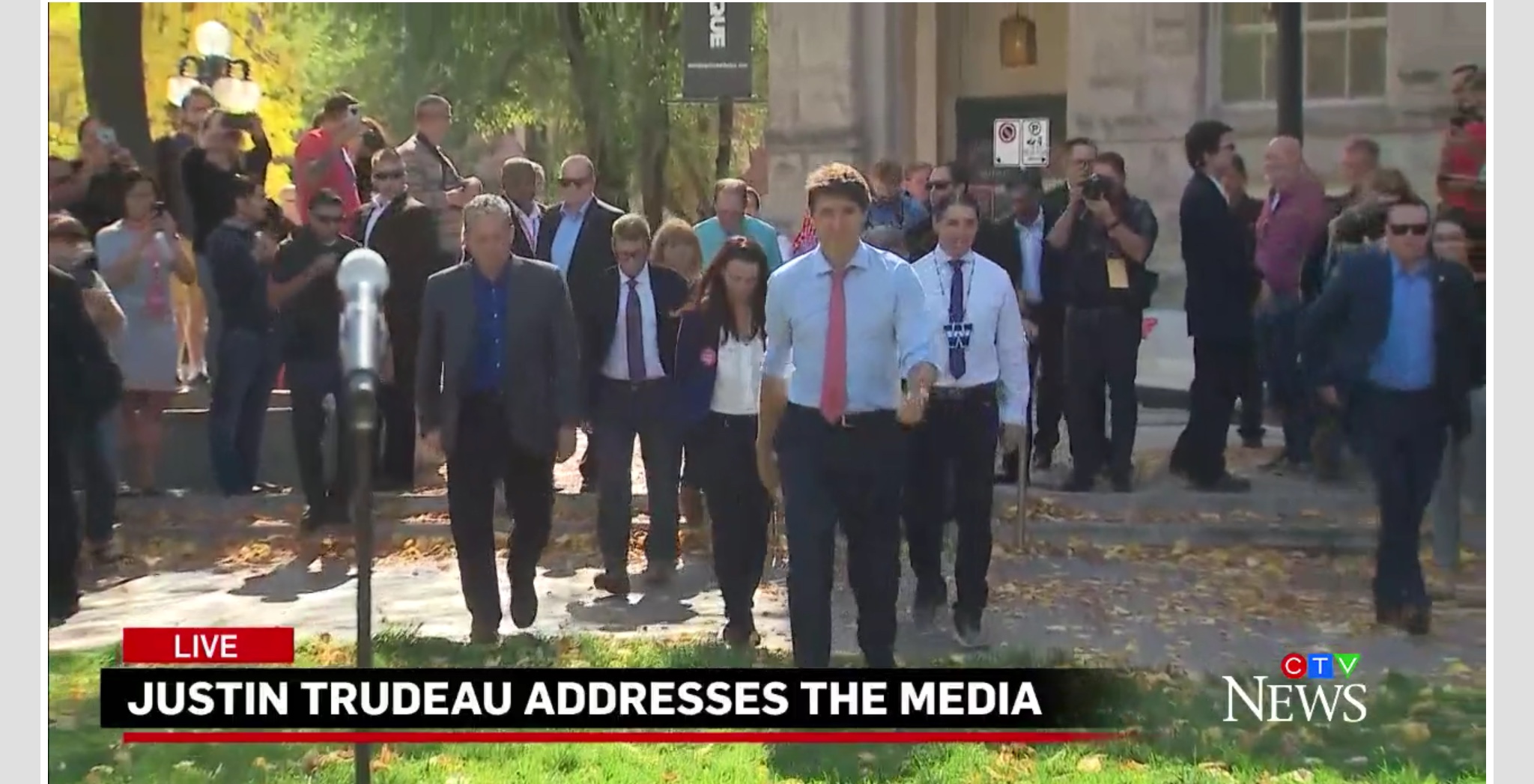 Trudeau insisted he has compensated for his past misdeeds as prime minister by “taking many concrete actions to fight against racism, to fight against intolerance … the micro aggressions and the challenges being faced … ”