A group of black leaders are accusing supporters of Vermont Independent Sen. Bernie Sanders of “hateful, violent and racist threats” against them, because the Working Families Party has endorsed Massachusetts Democratic Sen. Elizabeth Warren for president.

Dozens of black leaders have written a joint letter to the Sanders presidential campaign, complaining that “self-identified Sanders supporters” have targeted them. They claim the harassment is because the Working Families Party chose to endorse Warren’s candidacy. A draft copy of the correspondence was obtained by Splinter. 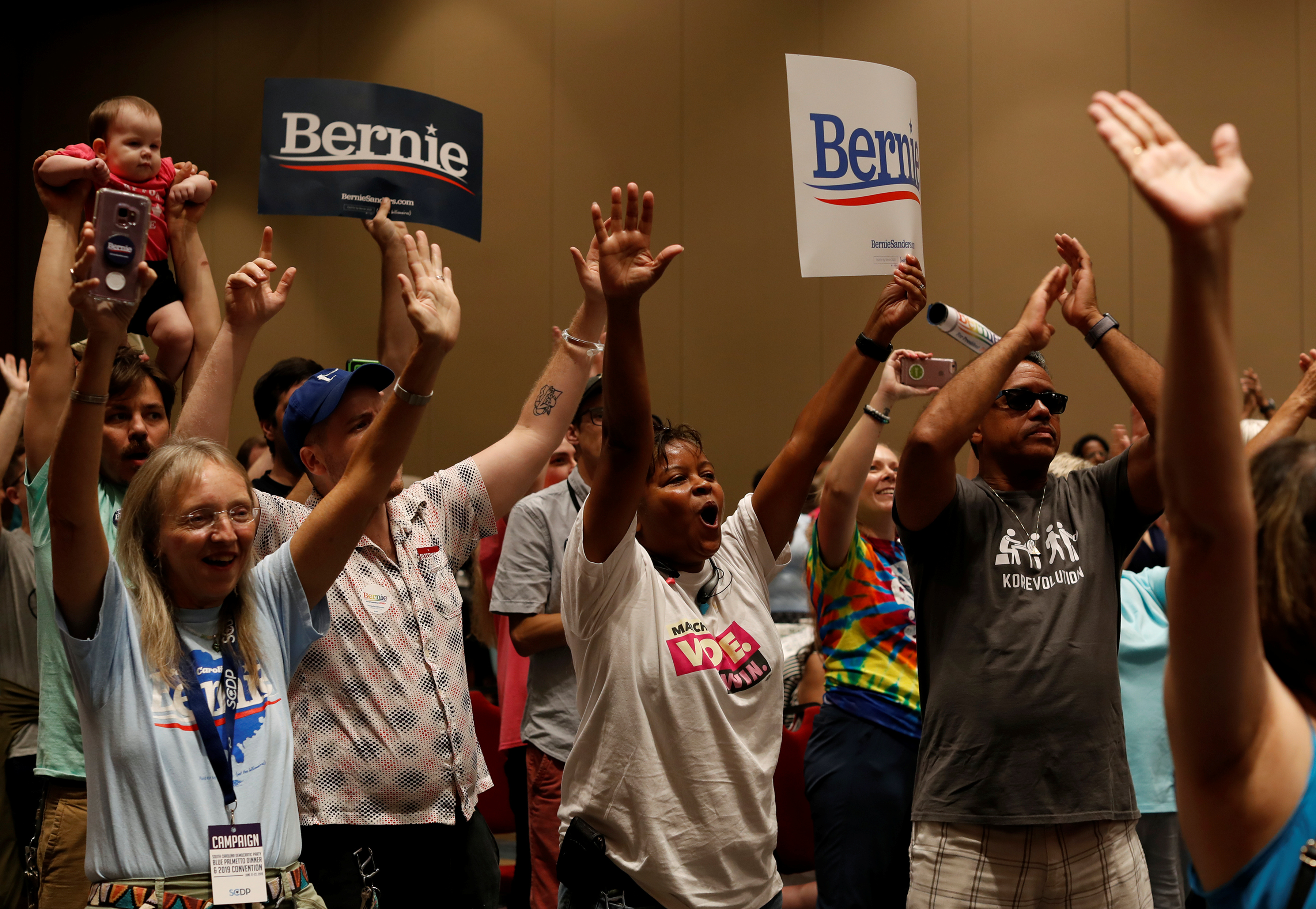 Supporters of Democratic presidential candidate Bernie Sanders hold their hands in the air during a rally for the candidate at the SC Democratic Convention in Columbia, South Carolina, U.S., June 22, 2019. REUTERS/Randall Hill

In an email to the media outlet, co-signatory Patrisse Cullors of Black Lives Matter notes that the Working Families Party is now led by Maurice Mitchell, who is black. Cullors suggests that “apparently, some folks aren’t happy about it.” (RELATED: FEEL THE FAIL: Bernie Sanders Supporters Are Sad Because They Can’t Win Any Elections)

The letter states that black leaders are “being threatened on a daily basis, by self-identified Sanders supporters, with hateful, violent and racist threats. ‘Uncle Tom.’ ‘Slave … ‘ These kinds of threats have no place in our movements, and are reminiscent of the threats Black people would receive when daring to vote, even though the white supremacists would try and discourage Black people from doing so.”

The letter’s signatories include Black Lives Matter Global Network  co-founder Alicia Garza, “MeToo” founder and director Tarana Burke, and CNN contributor Angela Rye, who are “no stranger to these kinds of attacks,” the letter states, adding that these kind of attacks are “unacceptable,” and only serve to promote the activities of “those who have real power over our lives.” (RELATED: Bill Clinton To DNC Chair: Keep Sanders Supporters Out Of Power)

It is not the first time that Sanders campaign has been hit by accusations of supporters exhibiting bad behavior. Sanders’ 2016 campaign faced allegations of sexism and sexual harassment by male staffers against females. Democratic presidential nomination contender Pete Buttigieg has said that Sanders supporters are just like Trump supporters.