Supporters of socialist Vermont Sen. Bernie Sanders are disappointed because they have been unable to translate their fervent enthusiasm for big government and far-left policies into election victories.

Sanders and his progressive political action organization, Our Revolution, have nearly nothing to show for their robust support for several candidates in recent elections.

“We’re really good on the messaging and the rallies,” Wendy Carrillo, a Sanders-supporting immigrants’ rights activist told Politico. “But it needs to translate into votes.”

The collective string of losses is impressive.

Last week, for example, despite physically assaulting a reporter, Republican Greg Gianforte defeated Rob Quist, a Democrat for whom Sanders had personally campaigned, by 50 percent to 44 percent of the vote.

Sanders also campaigned in recent weeks with Democrat Heath Mello when he ran for mayor of Omaha, Nebraska. The incumbent mayor, Republican Jean Stothert, defeated Mello with 53 percent of the vote.

Earlier this year, Tom Perez, former President Barack Obama’s labor secretary, beat Keith Ellison, who had been backed by Sanders and his supporters, to become the chairman of the Democratic National Committee.

In the race for California Democratic Party chair, consummate Democratic operative Eric Bauman narrowly defeated Kimberly Ellis, the candidate backed by Our Revolution. Supporters of Ellis have alleged ballot-stuffing and have fiercely contested the results. Ellis has not yet formally accepted the loss.

In addition, Sanders and the progressives who support him saw voters reject ballot initiatives they supported in 2016. In Colorado, voters massively rejected a ballot measure which would have established a statewide single-payer health care system — by 79 percent to 21 percent. In deeply Democratic California, voters rejected a public referendum which would have fixed pharmaceutical prices. 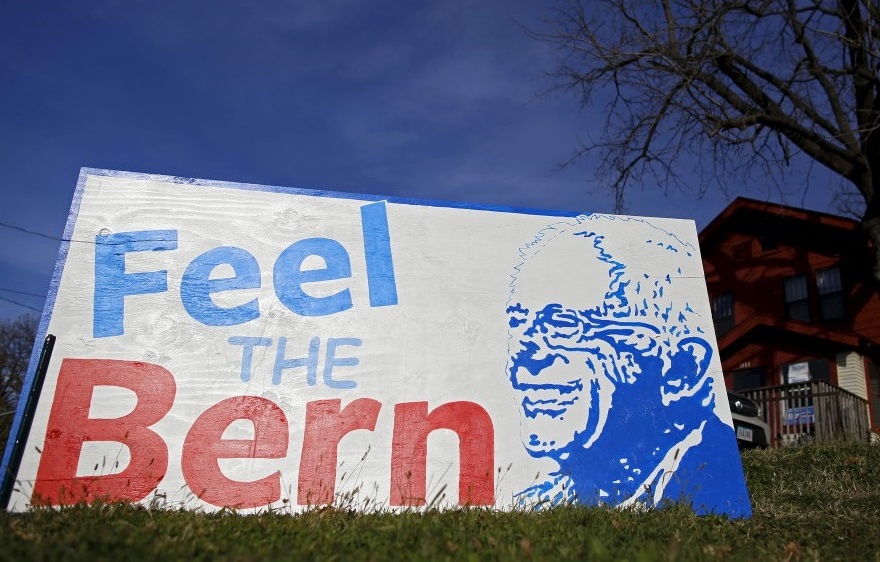 Los Angeles Mayor Eric Garcetti, a Democrat, suggested that Sanders and his supporters are excessively focused on political passion and insufficiently focused on doing the things that are necessary to actually win elections.

“If we only turn that anger inward, I fear we become the permanent party of opposition,” Garcetti told Politico. “Over the next couple months, we’d better get our act together.”

“These movements can energize a party, they can infuse a party with new vigor and motivation,” South told Politico. “I think it remains to be seen whether the ‘Berniecrat’ movement has staying power or not.”

Larry Cohen, the labor chairman for Our Revolution, said the pro-Sanders political action committee remains undaunted by its string of losses.

Getting “thousands of people involved who weren’t before” is “the main scorecard for us,” Cohen told Politico.

Candidates who have affiliations with Sanders have had some very minor successes. For example, Christine Pellegrino, an elementary school teacher who was a Sanders 2016 Democratic National Convention delegate, won a New York state assembly race last week.

“This is a thunderbolt of resistance,” Pellegrino told Newsday. “This is for all the supporters and voters who understand a strong progressive agenda is the way forward in New York.”

Earlier this month, Sanders failed to meet a May 15 deadline for turning in an annual report detailing his finances for 2016. The socialist senator has failed to meet ethics requirements in a timely manner 80 percent of the time for the last five years. (RELATED: Wealthy Socialist Bernie Sanders AGAIN Fails To File Senate Ethics Financial Disclosures On Time)

Justice Department officials and the Federal Bureau of Investigation have investigated Sanders’s wife — and may still be investigating her — over her role in the possibly fraudulent acquisition of nearly $7 million in tax-exempt bonds when she was the president of Burlington College. (RELATED: The FBI Is Investigating Sketchy Land Deal Led By Jane Sanders)