With Justin Trudeau in the midst of a federal election and a scandal where he can’t remember how many time he wore brown or blackface, the Canadian prime minister pushed the gun control button today. 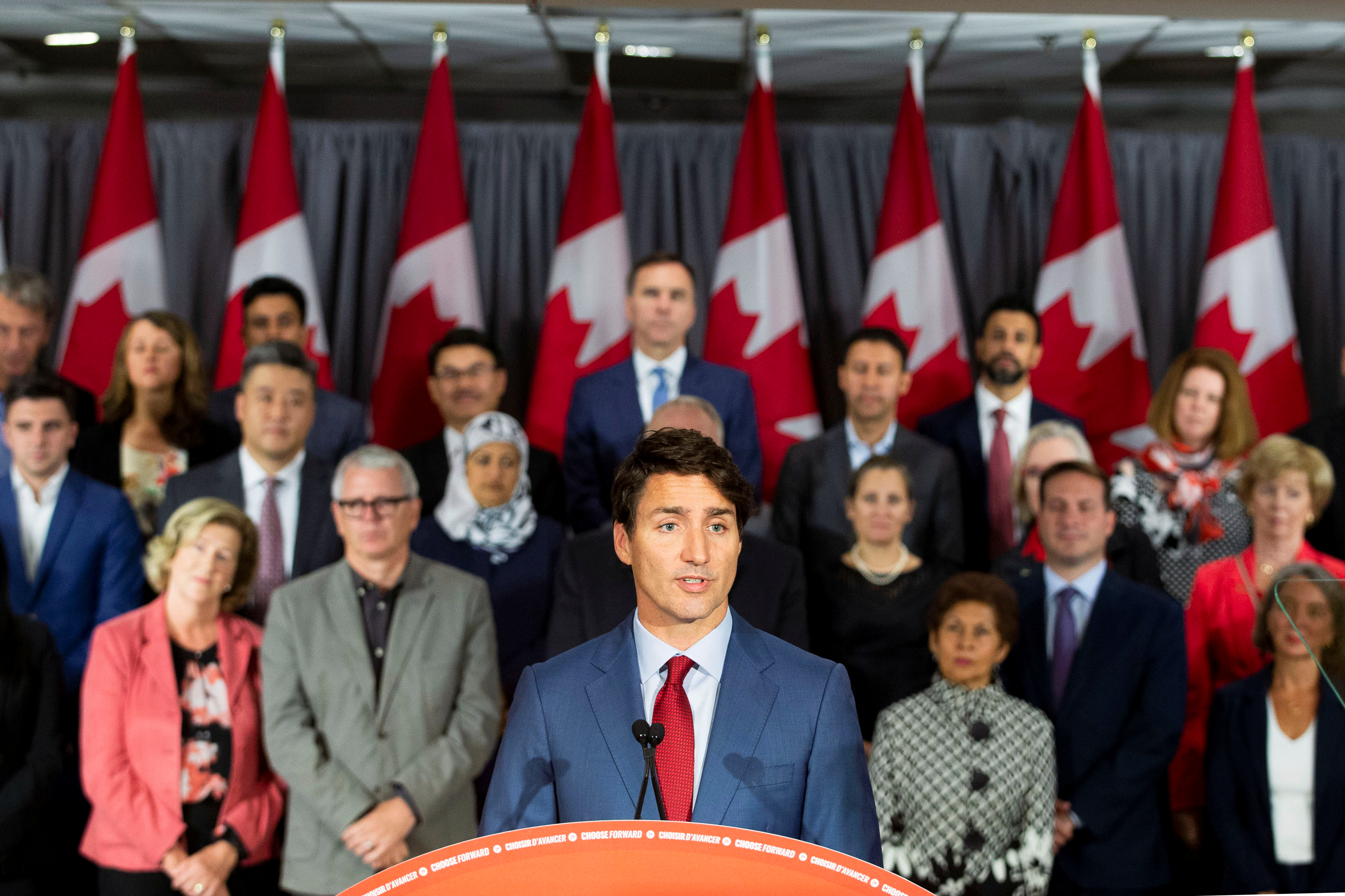 However, critics say Trudeau’s promise could be applied to just about anything his Liberal government wants. “Canadian law doesn’t have a definition of ‘military-style’ firearms, so they could be anything the Liberals want them to be,” Nicolas Johnson, editor of TheGunBlog.ca and co-author of Canadian Gun Owners Guide To Election 2019. (RELATED: Trudeau Faces Growing Caucus Revolt Over Gun Control)

Johnson notes that “New Zealand is in the midst of confiscating bolt-action rifles and pump-action shotguns as part of its ban on ‘military-style’ firearms.”

Trudeau, who hopes to be re-elected on Oct. 21, continued to tweet throughout Friday afternoon about his plans for further gun control in Canada — a country that already has some of the strictest firearms legislation in place. He wrote, “Thoughts and prayers are not enough,” while also pledging to “give municipalities the ability to restrict or ban handguns … “

Thoughts and prayers are not enough. We will ban all military-style assault rifles, give municipalities the ability to restrict or ban handguns, and strengthen gun control. pic.twitter.com/NvX0IBtAU5

Johnson says Trudeau is electioneering to some degree because “Canadians were banned from owning automatic firearms decades ago,” but he adds, “now Trudeau is going after our five-round target rifles and banning handgun owners from cities. The plan Trudeau outlined is one of the biggest gun bans of any democracy in history. It will turn hundreds of thousands of honest Canadians into refugees, prisoners or criminals.” (RELATED: Trudeau Hints At Total Handgun Ban For Canada)

Canadian Prime Minister Justin Trudeau speaks to reporters from his election campaign aircraft after news broke that he wore brownface at a private party in 2001, Sept. 18, 2019. CTV News screenshot.

Trudeau was joined in his anti-gun campaigning Friday by his transportation minister, Quebec Member of Parliament Marc Garneau. Not only did Garneau promise “to ban assault rifles like the AR-15,” he warned Canadians that Conservative Leader Andrew Scheer would turn Canada into a virtual shooting gallery.

Liberals will ban assault rifles like the AR-15. Andrew Scheer will do the opposite, making it easier to buy them. He’s promising to change the law to let Conservative politicians legalize restricted guns. He even talks down the RCMP. Watch what Scheer says to gun lobbyists: pic.twitter.com/NZdo3vfV7e

Despite Garneau’s bluster on banning AR-15s, Colt, the company that manufactures the firearm, had already said a day before that it would suspend sales of the product to civilians.