Author Frank Miniter argues that although, he believes, the scales are tipped unfairly against men in the workplace, they should not see themselves as victims, but instead act with dignity and responsibility.

Miniter offers tips and insight for men working in the era of the #MeToo movement in “The Ultimate Man’s Survival Guide to the Workplace,” set to release Sept. 24. Our culture “has pummeled” the idea of what a real man is, Miniter said, the idea of a strong and heroic gentleman who treats everyone, including himself, equally well.

“A man, after all, isn’t the sum of his genetics, nor is he a pawn of his culture and environment, though those are influences on everything about him,” Miniter told the Daily Caller News Foundation. “A man is the sum of his decisions.” 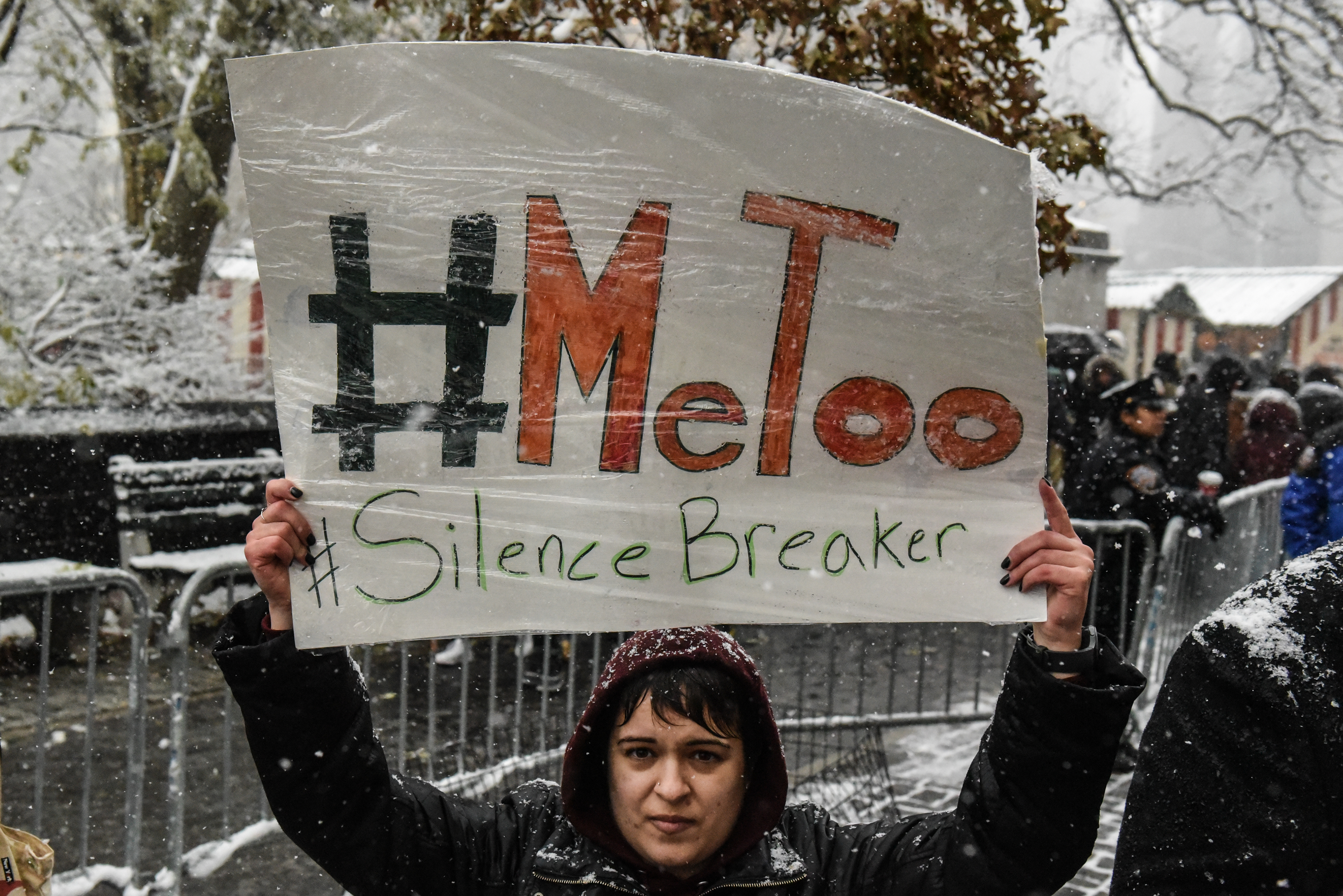 People carry signs addressing the issue of sexual harassment at a #MeToo rally outside of Trump International Hotel on December 9, 2017 in New York City. (Photo by Stephanie Keith/Getty Images)

“Academia has grabbed what is left of the popular conception of the gentleman and tossed him from polite society while labeling his ‘manliness’ toxic,” Miniter said. “Gender studies departments then put up signs telling us that any man who tries to re-enter society unneutered is really trying to bring back the patriarchy.”

The combination of these things has caused an entire generation of young men to not know how to conduct themselves, he said.

“Many men, meanwhile, are now just trying to keep their heads down,” Miniter continued. “This is actually a Catch 22. If a man is strong, he is in danger of being accused of having ‘micro-aggressions’ or worse, whereas if he weakens himself, he likely won’t move up the corporate ladder.”

Real men do not put down, degrade or objectify women to prop up their own egos, and problems the #MeToo movement seeks to address don’t stem from “the gentleman or manliness,” but instead from men who don’t have “the strength or desire to be gentlemen,” he said.

“That said, men shouldn’t see themselves as victims,” Miniter added. “Men are responsible for who they are and what they do. This is true even if they are provoked — or maybe especially when they are provoked. Men, for example, to be gentlemen, must know that no matter how evocative a woman is in the workplace, this must have nothing to do with how any man treats her.”

Miniter said the Mike Pence rule — that of a married man only dining out with his wife — has become necessary.

“In a climate where men are considered guilty before perhaps being proved innocent, this Pence Rule is rational,” Miniter said.

“A man is the sum of his decisions,” he finished. “His decisions, if he is a thinking man, as a gentleman must be, are propelled by his passions and controlled by his code. His code or creed is a summation of his hard-earned philosophy, the gentlemanly rules he struggles to live by.”